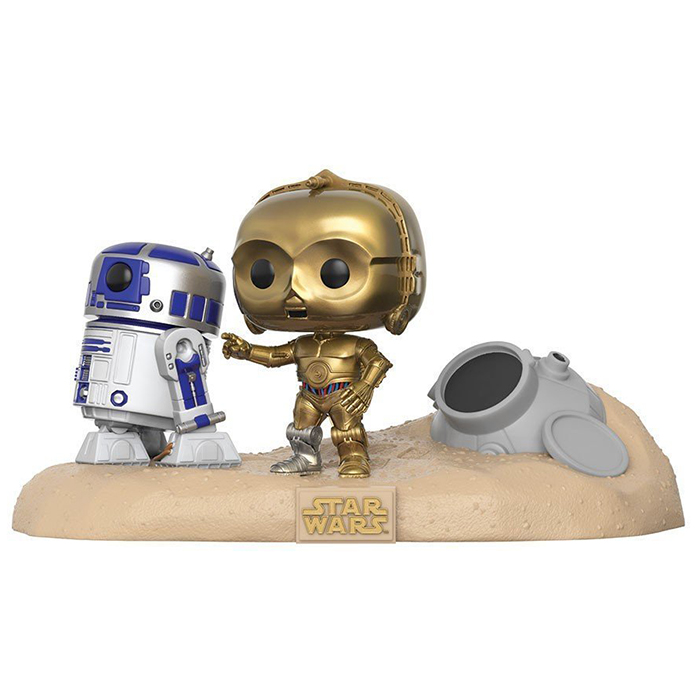 The beginning of two little heroes

At the beginning of the first Star Wars film, A New Hope, Princess Leia records a message requesting Obi Wan Kenobi’s help while trapped on Darth Vader’s Death Star ship. She gives it to her two robot companions, R2D2 and C3PO, and they manage to escape in an escape pod. They land on Tatooine, the largely deserted planet where Obi Wan Kenobi, a former Jedi master, now a sort of hermit, lives. 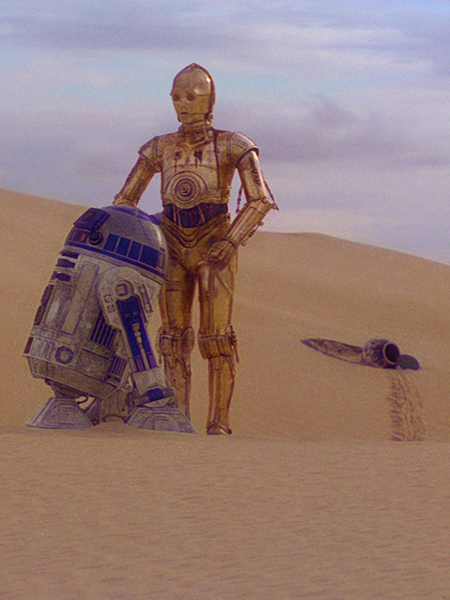 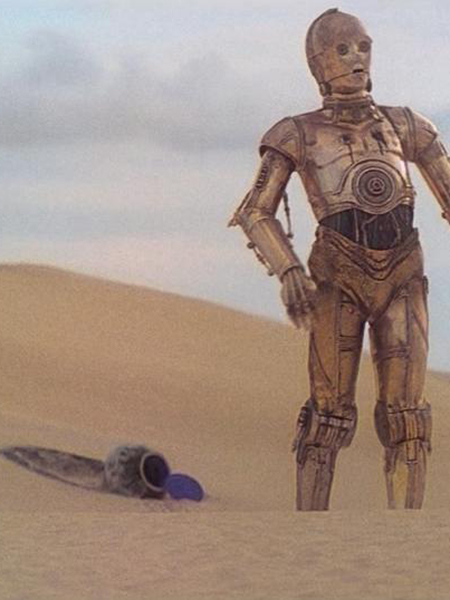 This movie moments is set on a base representing the sand of the planet Tatooine with, as usual, a golden Star Wars plaque. In the sand, we can see the partially buried escape pod and, of course, the two most famous robots of the saga. C3PO, the golden protocol robot has a humanoid shape and seems to be pointing at something in the distance while R2D2, a more basic shaped white and blue robot, seems to be looking in the same direction. 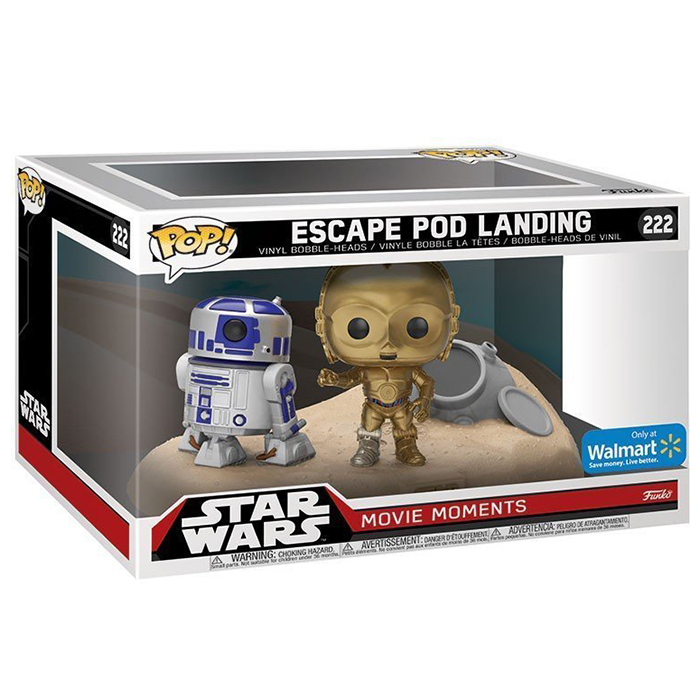