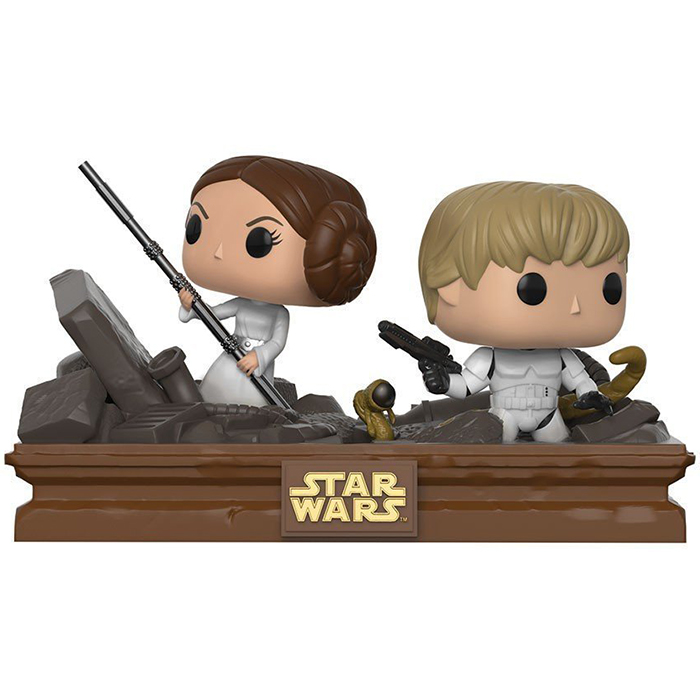 At the end of the first film in the famous Star Wars saga, A New Hope, as Luke Skywalker, Han Solo and Chewbacca have come to the rescue of Leia, who is trapped on the Death Star, the four of them find themselves in the ship’s trash compactor. The place is a large room where garbage is thrown and the walls close in on it at regular intervals to compact it. Despite their best efforts, they can’t stop the wall’s progress and are about to be crushed when R2D2 finally manages to stop the process. 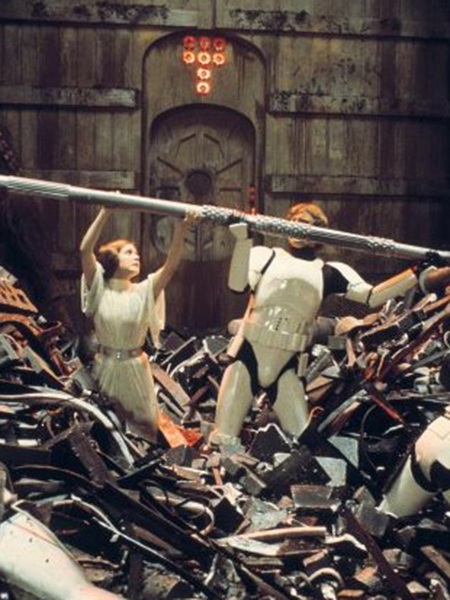 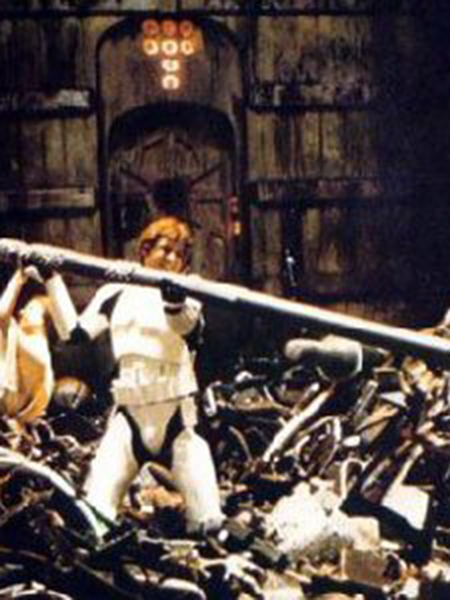 The siblings during the fight

For this Movie Moments scene, Funko chose to represent only two of the characters present during this scene: Leia and Luke. On a nice brown base with a Star Wars plate, we can see as a base layer many rocks, ships debris and other unidentified garbage. In all this floats the funny creature with one big eye that tries to choke Luke and almost succeeds. Finally on the left, we can see Leia with her famous white dress with long sleeves and her two characteristic buns on the side of the head. She is holding the metal stick she is trying to place across the room to stop the walls from coming together. On the right, we can see Luke with his Stormtrooper costume and his laser rifle. 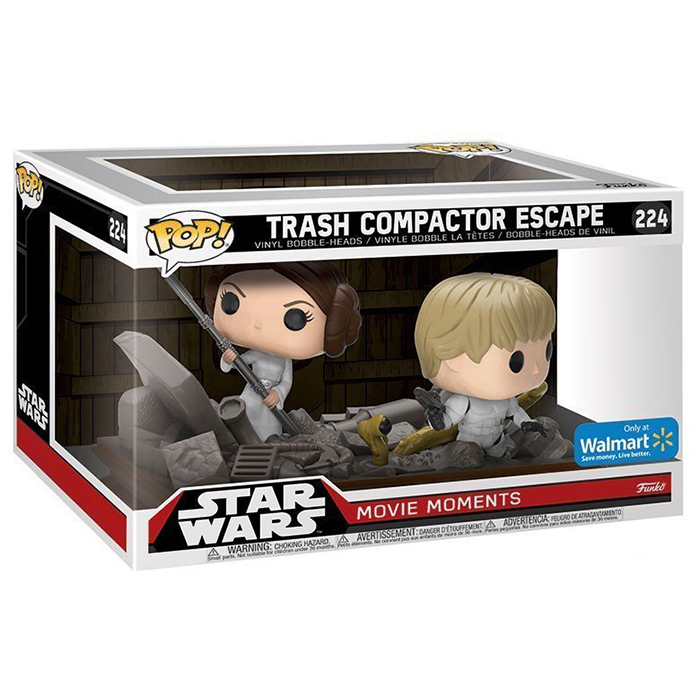