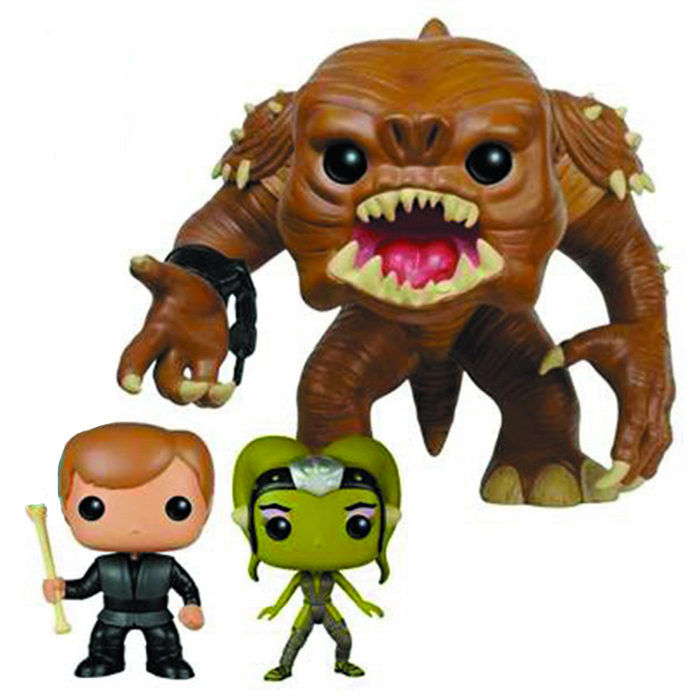 Rancor is a monster that Luke Skywalker encounters in the famous Star Wars saga and more specifically in the third film of the original trilogy: Return Of The Jedi. In this movie Han Solo is captured by Boba Fett for Jabba The Hutt because of an unpaid debt. Luke and Leia set up a plan to go rescue him but soon Luke is taken prisoner by Jabba who forces him to fight his monster Rancor. Soon, Luke loses the fight and Jabba sentences him to death. But luckily Leia, Han and Lando Calrissian will help him out. 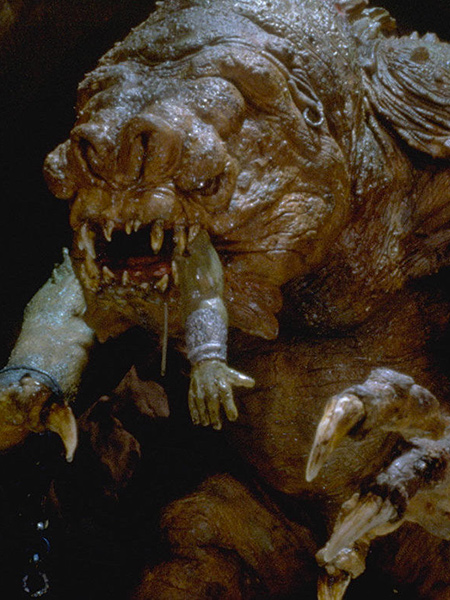 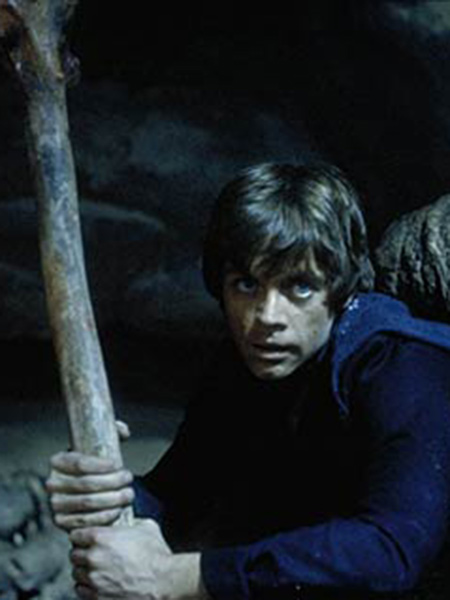 This pack includes three characters represented almost to the right scale. We find the Rancor monster with his brown skin, his impressive clawed hands and his strange face with a nose higher than his eyes and a mouth with sharp fangs. He also wears chains on his wrists showing that he is one of Jabba’s slaves. Luke is represented with a simple outfit made of black pants and a grey tunic. His face is simple but we can recognize his characteristic haircut. He is holding a bone in his hand, the only weapon he can find to defend himself during the fight. Finally, is also represented a young woman slave of Jabba that Luke will try to protect during the fight. 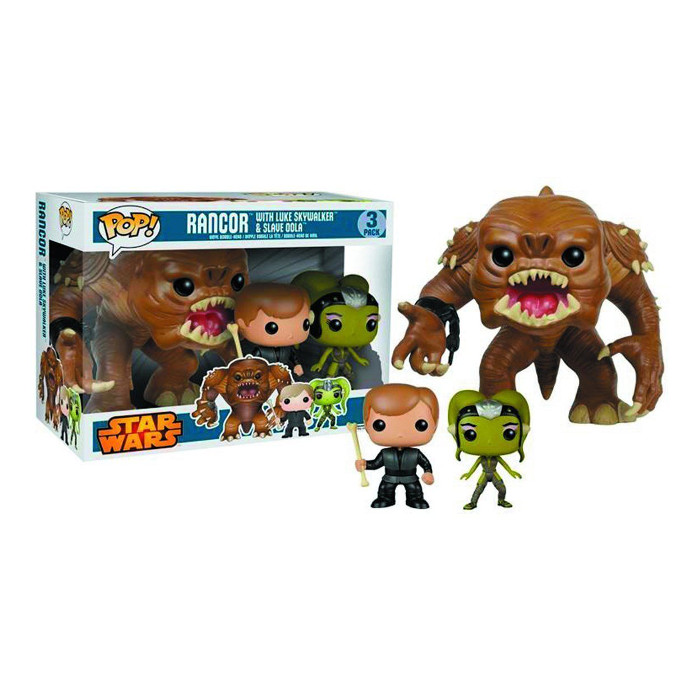