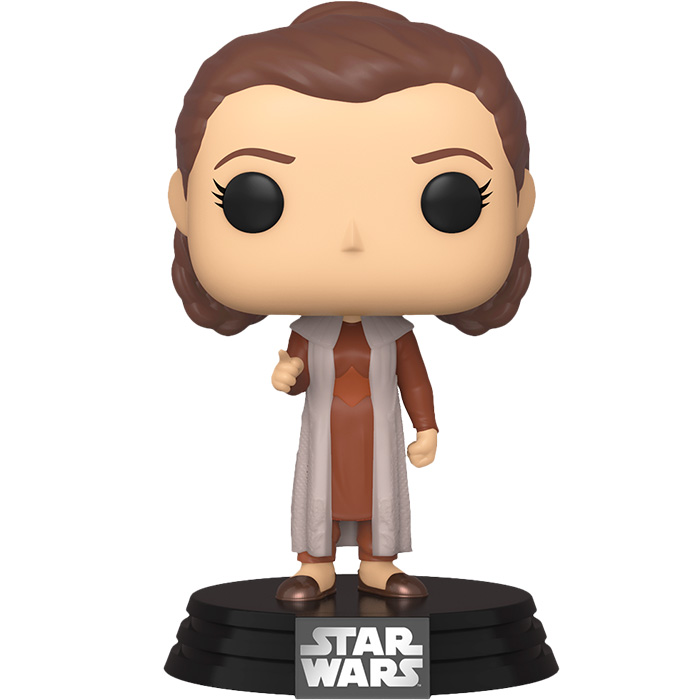 Princess Leia is one of the main characters in the science fiction saga Star Wars. She is one of the leaders of the resistance fighting against the evil galactic empire. In the first film, she is a prisoner of Darth Vader and sends an SOS that is picked up by the young Luke Skywalker who decides to come to her rescue with Obi Wan Kenobi and the pilots Han Solo and Chewbacca. In The Empire Strikes Back, the rebels are based on the ice planet Hoth but are detected by the empire and everyone has to flee in a hurry. Leia finds herself with Han Solo and Chewbacca on her ship and they find refuge on the planet Bespin with Lando Calrissian, theoretically a friend of Han Solo. But Han Solo has a price on his head and his friend will betray him before finally helping Leia and Chewbacca to rescue him. 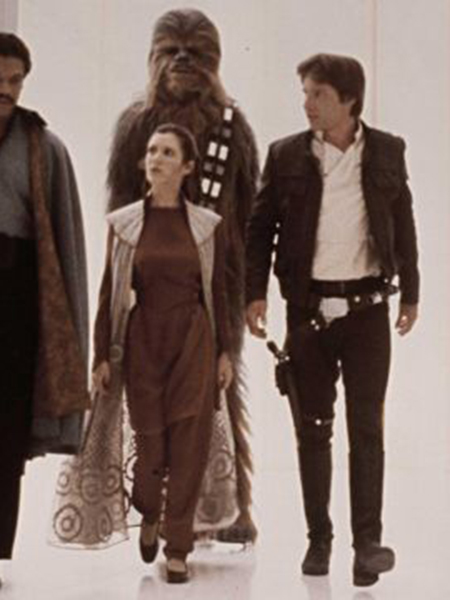 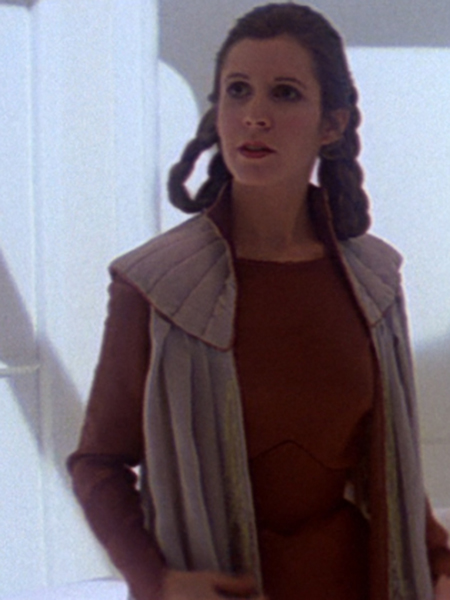 So Leia is shown here with the outfit she is given when she arrives on Bespin. It’s a brown outfit with a long tunic matched to a pair of tight pants worn with small sandals of the same color. She wears a sort of long grey sleeveless coat over it with a nice embroidery. On her head, her hair is plaited in two braids and pulled back in a sort of bun, in the characteristic style of the character. 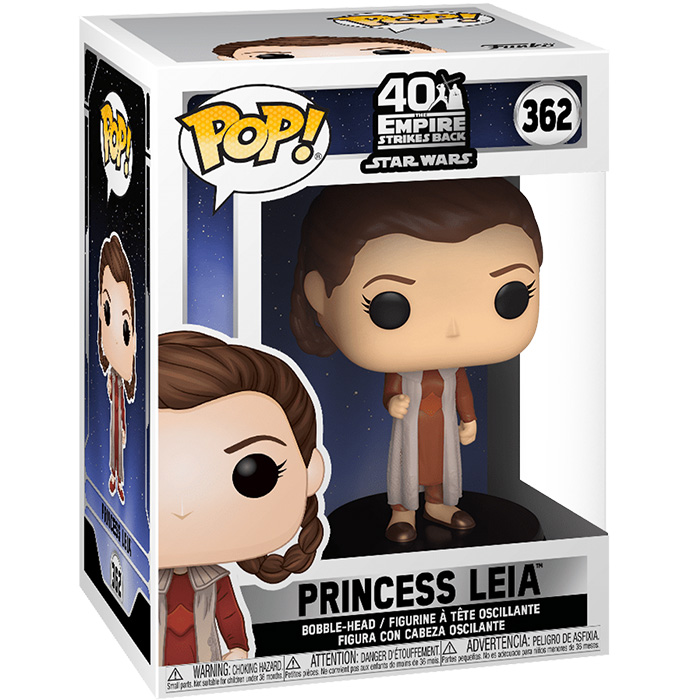