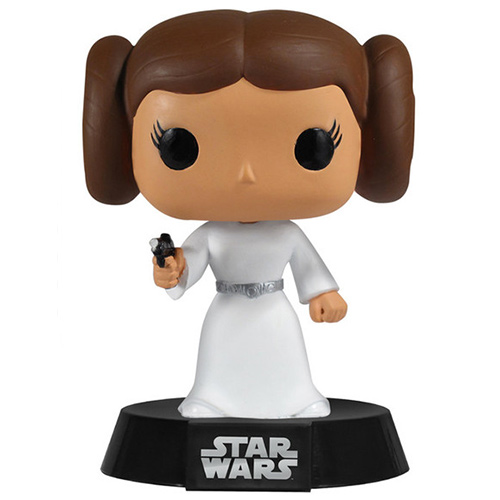 Princess Leia is one of the central characters of the Star Wars saga. We see her almost exclusively in the first trilogy since she is born at the very end of episode 3 of the new trilogy. Her mother died giving birth to her and she was raised by Senator Bail Organa on Alderaan. She is one of the founders of the rebel alliance that will fight the terrible Galactic Empire. She was later helped by Luke Skywalker, who turned out to be her brother, and Han Solo, whom she eventually married. 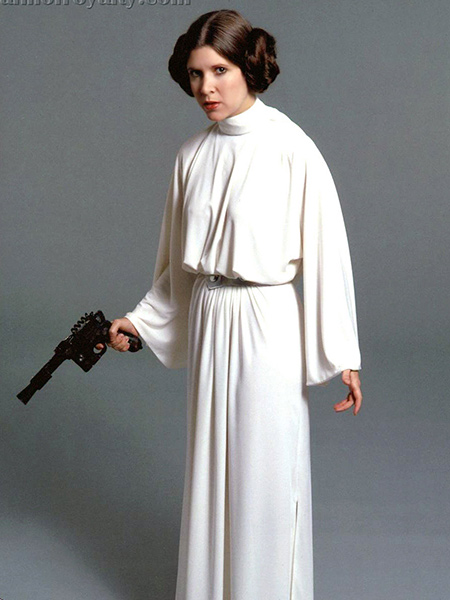 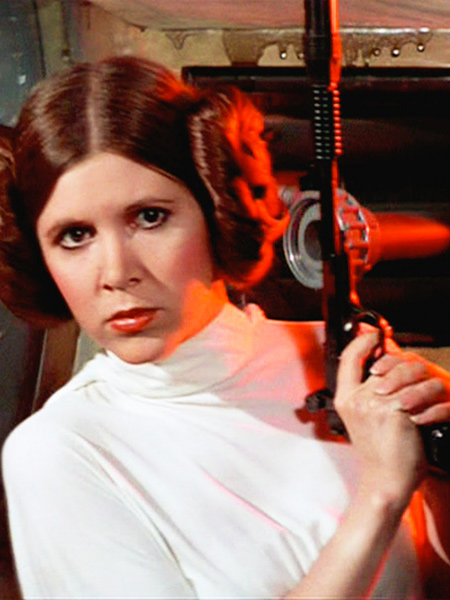 Leia and her famous white dress

Leia is represented here with the famous white dress that we can see her wearing during most of the movie. We find this loose form well covered tightened at the waist by a silver belt. At the level of the head, we find her famous hairstyle in a bun on each ear. Finally, in her hand, she holds a gun as it is the case on many promo pictures of the film. 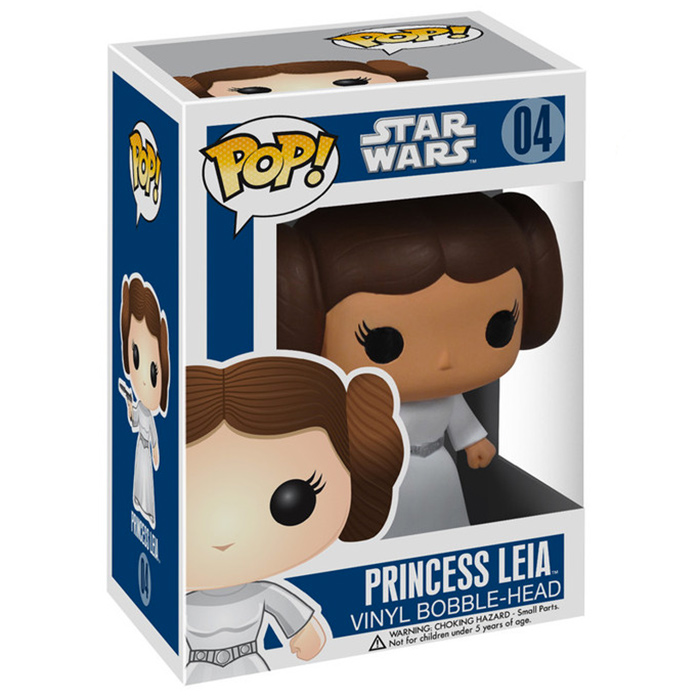