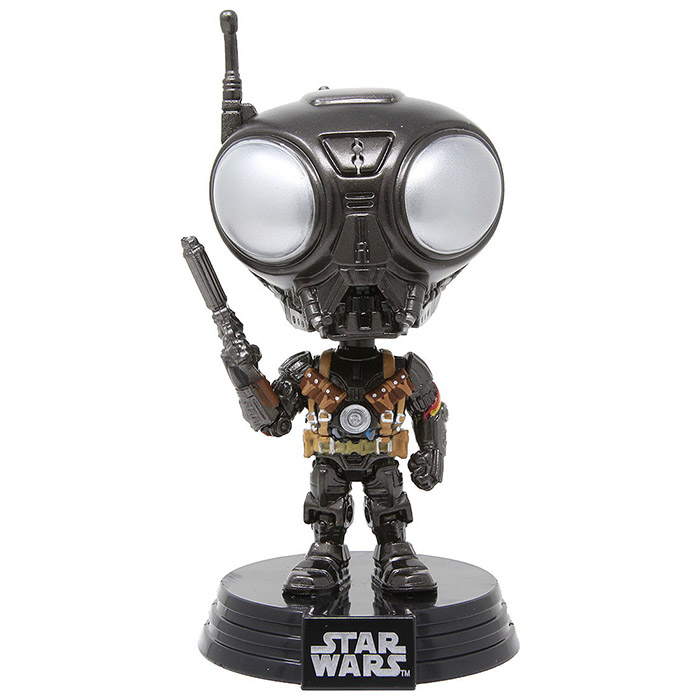 Q9-0 is a droid we meet in an episode of The Mandalorian series set in the Star Wars universe several hundred years before the beginning of the first trilogy. The hero is a bounty hunter from the mysterious Mandalorian people who live in secrecy and never reveal their true selves. At the beginning of the series, he accepts a mission for a wealthy client who used to be part of the empire. But the target is a child of a strange species and the Mandalorian decides to return to retrieve it after having already delivered it to his client. He will then find himself the target of many bounty hunters. He will then have to find unofficial missions in order to find work. He then agrees to help former smuggler partners with whom he had a falling out to free one of their imprisoned. Q9-0 is a droid working with them and will stay on the ship to coordinate the mission. But, as is the case with all droids, the mandalorian doesn’t trust him very much despite his polite nature and English accent. And he’ll be right. 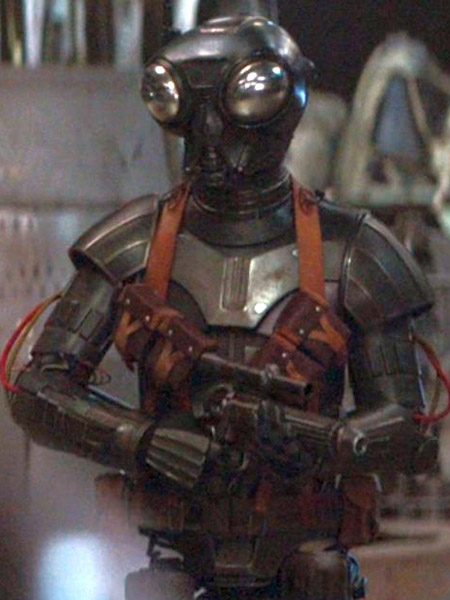 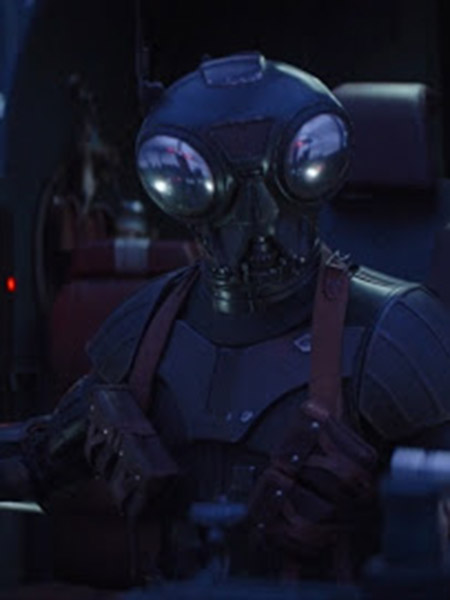 Q9-0 is a droid with a rather anthropomorphic body. He is made of dark grey, rather shiny metal and wears a sort of leather vest with several small pouches for his tools. In his right hand, he holds a large rifle that seems to be made of the same metal as his body. The most remarkable thing about him is his head, which seems to be that of an insect, a sort of large ant with two very large round eyes with opaque white, slightly shiny material. 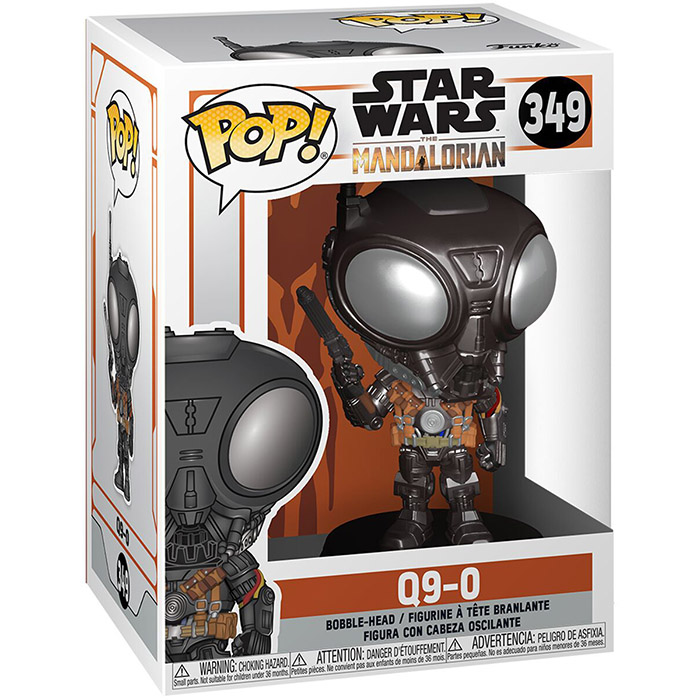