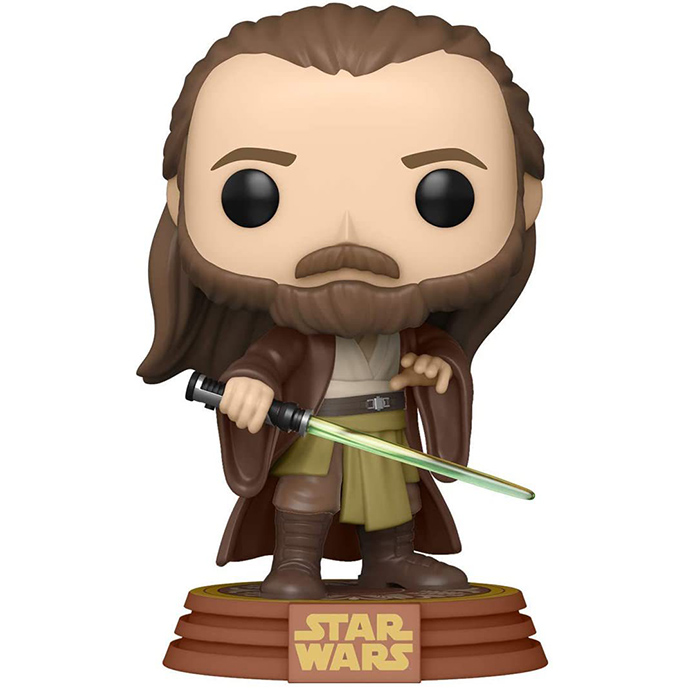 Qui-Gon Jinn was an important Jedi master in the second Star Wars trilogy telling the origins of Darth Vader and the Empire’s takeover. He was born on Coruscant and was a powerful Jedi. He could have been a member of the Grand Council, but his tendency to defy the Council’s decisions made him an outsider and prevented him from achieving that status. He was also one of the first Jedi to take a keen interest in the concept of eternal consciousness after death. While taking refuge on the planet Tatooine with his Padawan Obi-Wan Kenobi to protect Princess Amidala, he met a young slave named Anakin Skywalker. Because his father’s identity is a mystery and he has a very high level of midi-chlorians, Qui-Gon believes that this young boy could be the one of the Jedi prophecy, the one who could bring balance to the force. Qui-Gon decided to take over Anakin’s training, as the council felt he was already too old. He was killed by Darth Maul while trying to help Amidala take back the planet Naboo from the Trade Federation. He appeared again as a spirit to teach Obi-Wan and Yoda the path to eternal consciousness. 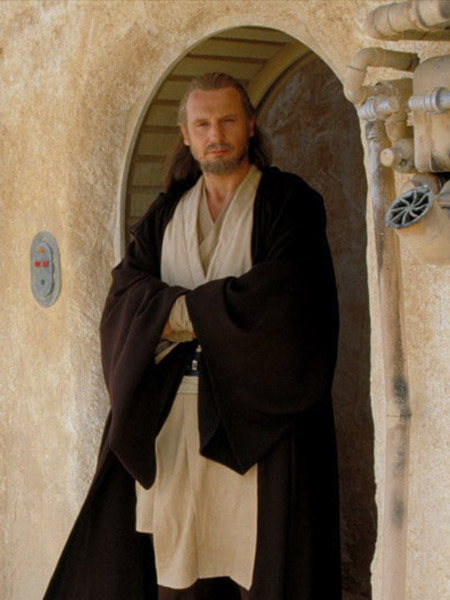 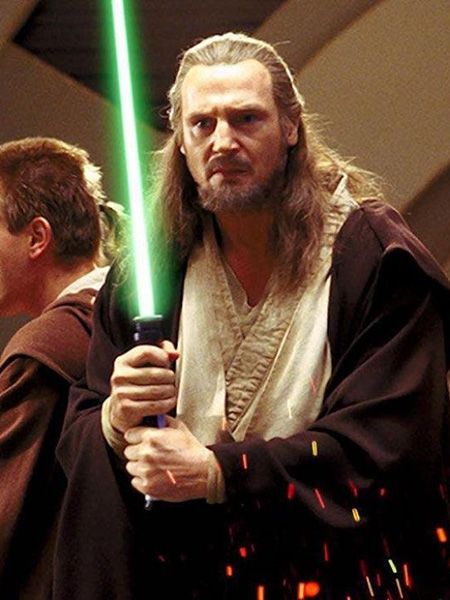 This figure is part of a series of Amazon exclusive figures. The theme is a different planet each month and it features different characters from the license by different brands including Funko and Pop figures. Qui-Gon is represented here on the planet Tatooine where he meets the young Anakin for the first time. He is on a brown base with a nicely decorated floor. He is wearing his Jedi outfit, brown pants, a beige tunic and a long brown coat with wide sleeves. We find his beard and his long brown hair and in the other hand, we find his green lightsaber. 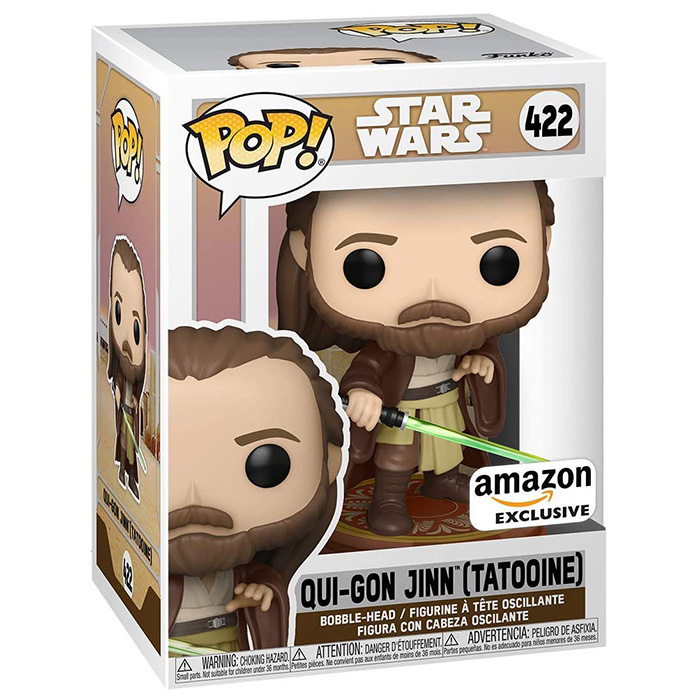