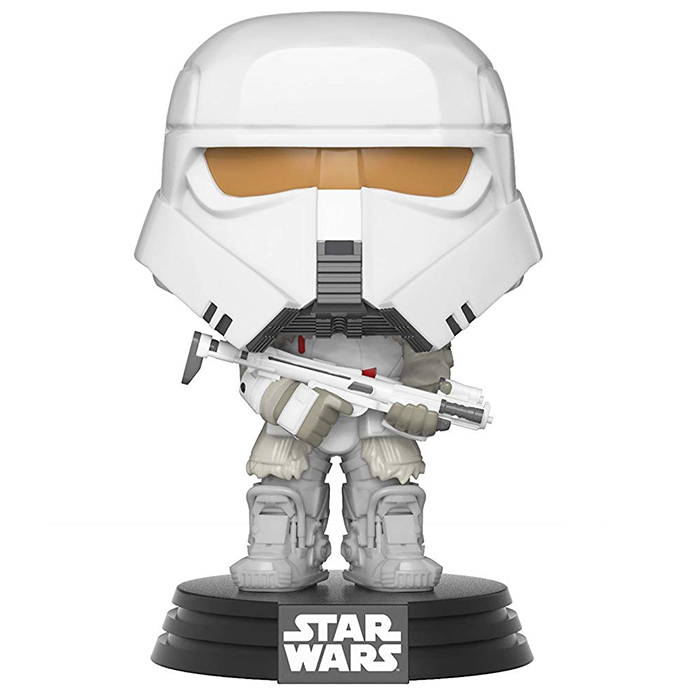 Range Troopers are a very specific faction of the famous Stormtroopers of the Star Wars saga that we discover for the first time in the movie Solo, A Star Wars Story which tells the story of Han Solo’s youth. These elite soldiers of the empire are particularly resistant and have the specificity to be placed in the outposts of the empire. These are often outlying planets where the climate is generally particularly hostile and where the population is not necessarily very favorable to the Empire. 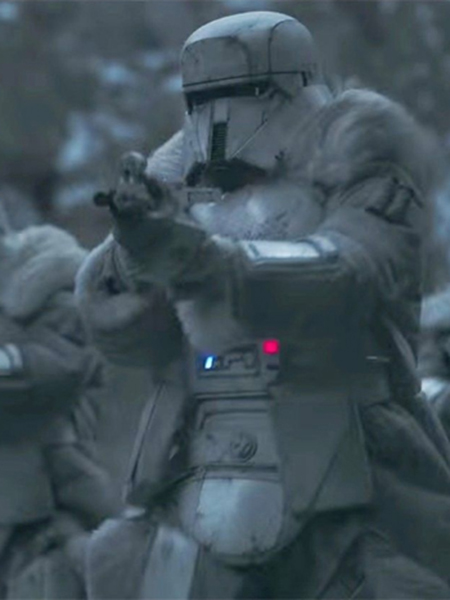 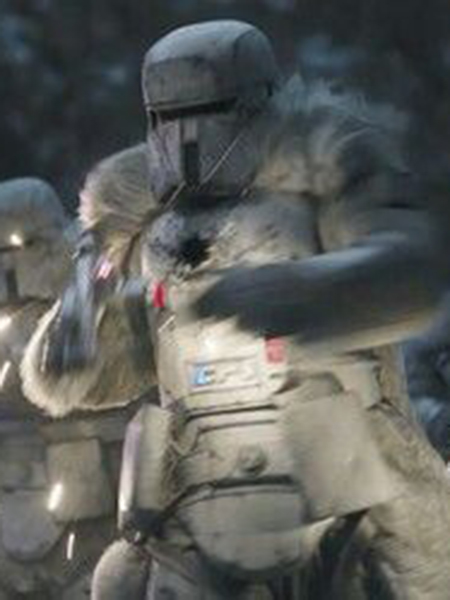 Like all stormtroopers, this one of course has white armor but it is reinforced with elements that allow him to tolerate extremely cold weather. His boots are particularly large and suitable for walking in the snow, and you can see that he wears fur under his armor as well as on his shoulders. On his head, he wears a classic stormtrooper helmet but with a characteristic yellow visor. Finally, he is holding his futuristic weapon between his two hands. 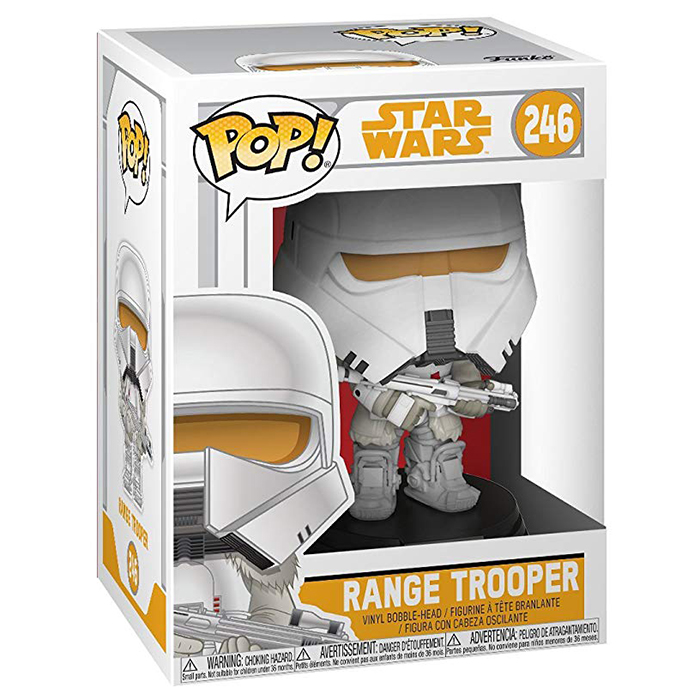