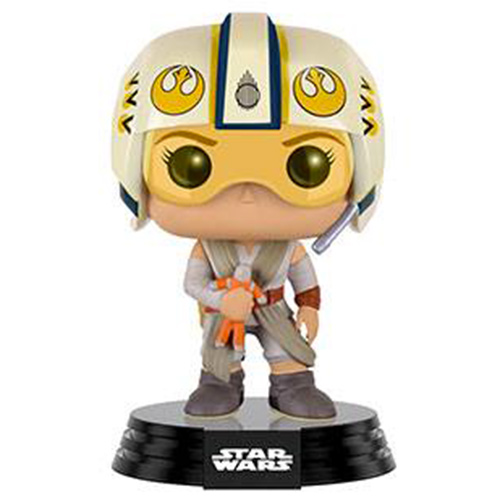 Rey goes on a mission

Rey is one of the central characters in The Force Awakens, the first film in the new Star Wars trilogy. Rey was left by her parents on Jakku, a desert planet, at a young age. She had to learn to fend for herself and became a salvager. One day she crosses paths with the robot BB8 who carries a piece of the map that could lead the resistance to the last Jedi, Luke Skywalker. It is Poe Dameron, a resistance pilot, who entrusted it to her before being captured by the First Order. He manages to escape thanks to Finn, a rebel stormtrooper, but when they crash land on the planet, Poe seems to be dead and Finn has to continue without him. He stumbles upon Rey and decides to help her. Together they will try to join the resistance to give them the map. We will also quickly realize that Rey also has the force and that’s why she will join Luke Skywalker on the planet where he is exiled. 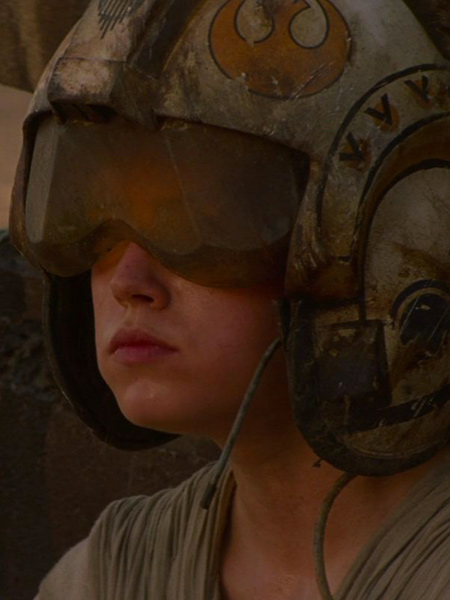 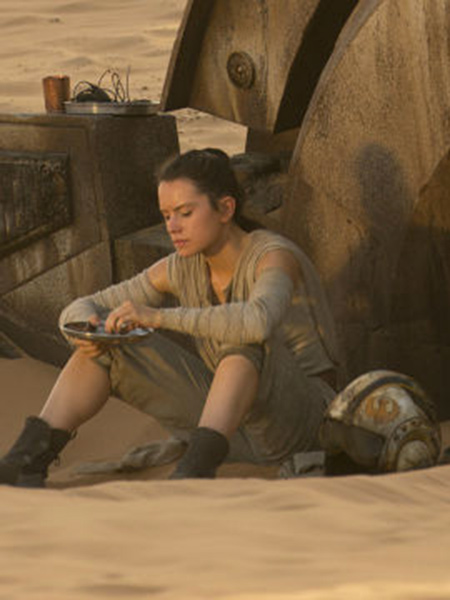 Rey and her helmet

For this new version of Rey, she still wears the outfit she wears during the whole movie. We find this sleeveless tunic as well as these grey pants worn with brown boots. She also wears this strange double-breasted vest and the whole thing is held together by a brown leather belt that matches her bracelet on her left arm. But in this Game Stop store exclusive version, Rey is holding a little resistance pilot doll in her right hand and most importantly she’s wearing the resistance helmet she found in one of the wrecks she explores at the beginning of the movie. The details of the patterns on it are very fine and make it a very nice figure to add to her collection. 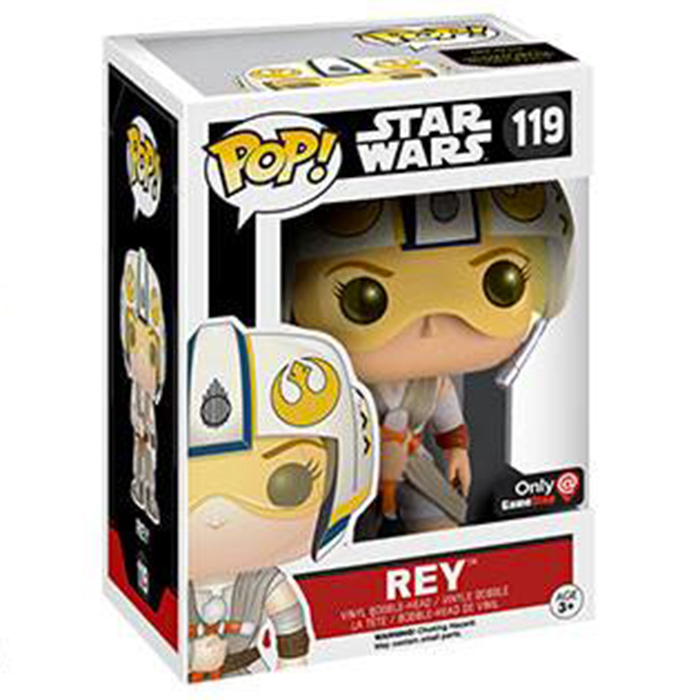