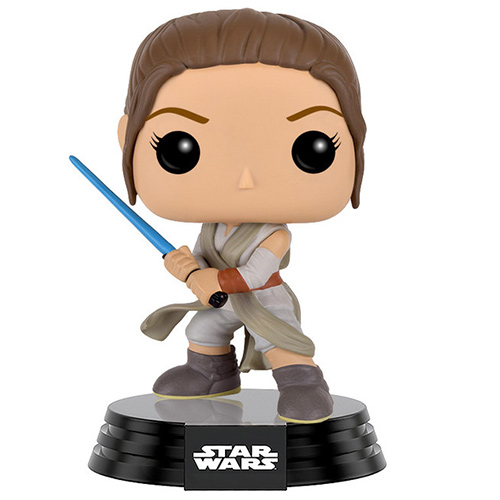 A new character with the power

Rey is one of the new main characters in the new Star Wars trilogy beginning with the film The Force Awakens. At the beginning of the film, she is a wrecking crew on the planet Jakku. That’s when she crosses paths with the robot BB8. This one carries a piece of the map that could lead the resistance to Luke Skylwalker. It was given to him by Poe Dameron before he was captured by the First Order. In the meantime, Poe managed to escape with the help of a Stormtrooper who decided to desert but he is left for dead during their escape. Fin the Stormtrooper will also end up on Jakku and meet Rey by chance. When he sees that she is being chased by the First Order, he decides to help her and together they will try to get to the First Order. Very quickly, we will realize that Rey is one of the last to possess the force even if we don’t know why since the identity of her parents remains mysterious. 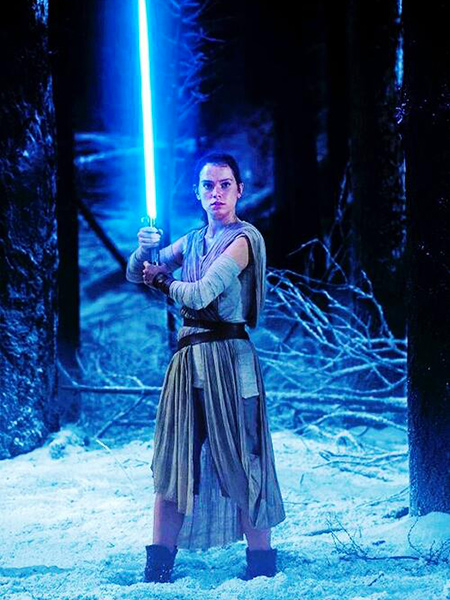 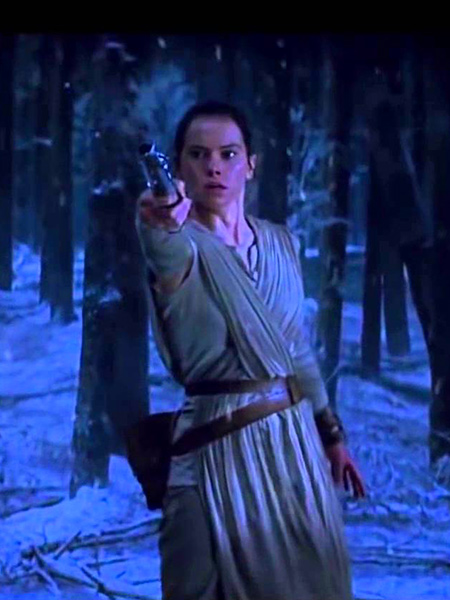 Rey and her lightsaber

Rey is shown here with the wrecking crew outfit she wears throughout the film but this time she is holding the blue lightsaber she finds in the basement of Maz’s castle. We find this grey outfit made of a pantacourt and a sleeveless tunic. We also find of course this kind of vest made of two strips of beige fabric crossed at the chest. Like the second version of the Kylo Ren figure, Rey is shown in a fighting stance holding the blue Skywalker lightsaber in both hands. On the head, her face is very simple but we can recognize her characteristic hairstyle. 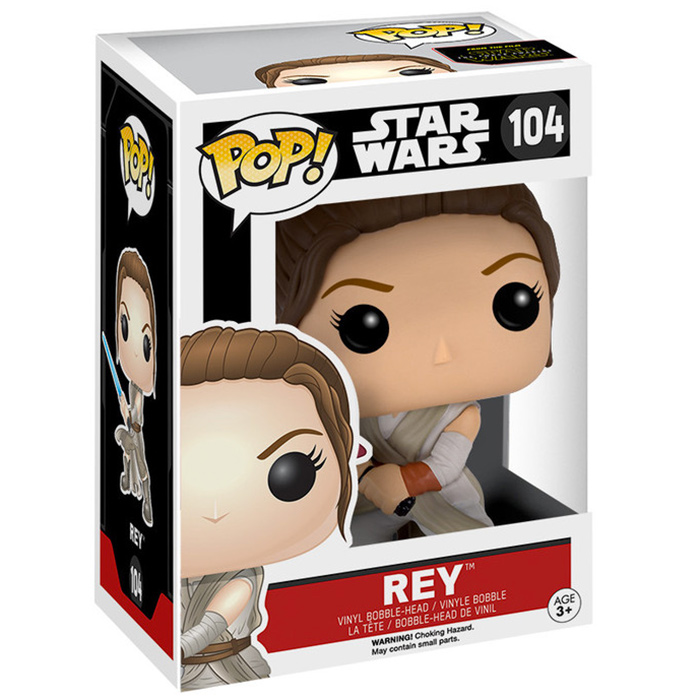