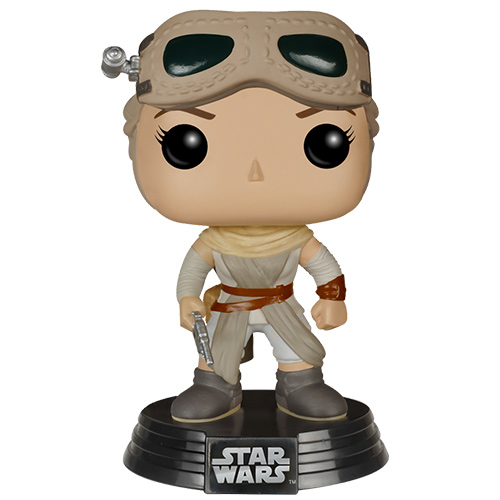 A newcomer to the land of the Force

Rey is one of the central characters in the first episode of the new Star Wars: The Force Awakens trilogy. Rey is a shipwrecked looter living on the desert planet Jakku. On the same planet, Poe Dameron, a Rebel Alliance pilot, has just obtained a map that could lead them to Luke Skywalker, the last of the Jedi. But then the terrible First Order attacks them. Unable to escape, he decides to entrust the map to his faithful robot BB8. Rey will then cross his path and help him in his mission to return to the rebel base. She will be helped by Finn, a stormtrooper who decided to flee the First Order and who escaped with Poe Dameron. In the course of the film, we will realize that Rey has the power of the force, which will make the viewer question her mysterious parents who abandoned her on Jakku. 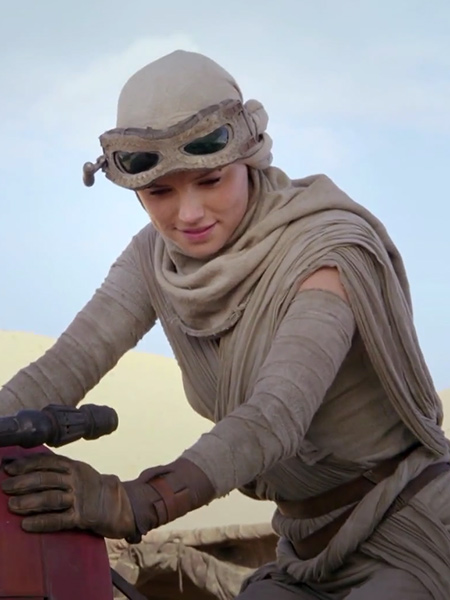 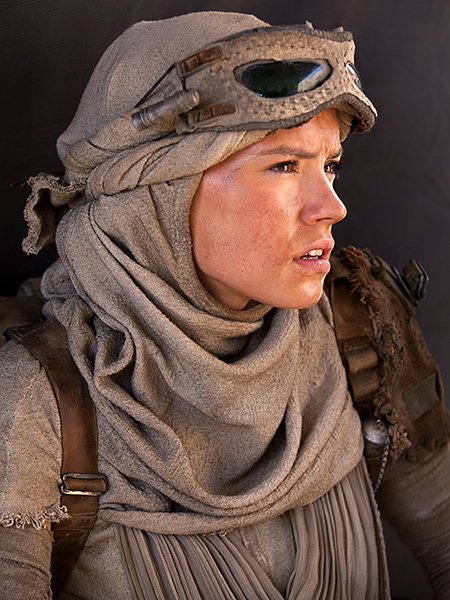 The new heroine of a desert planet

As seen in the film, Rey is from the planet Jakku, a desert planet quite close to the famous planet Tatooine from which Luke Skywalker is from. So she has adapted clothes. We can see that she wears beige or white clothes that seem light but still relatively covering. We find this famous pants worn with a white tunic and this crossed fabric held by a brown belt. She holds in her hand her stick which allows her to defend herself. At the head level, she wears, on this version of the figurine, the fabric that protects her head and face when she explores wrecks. Her big glasses are on the other hand raised and put on the top of her head. 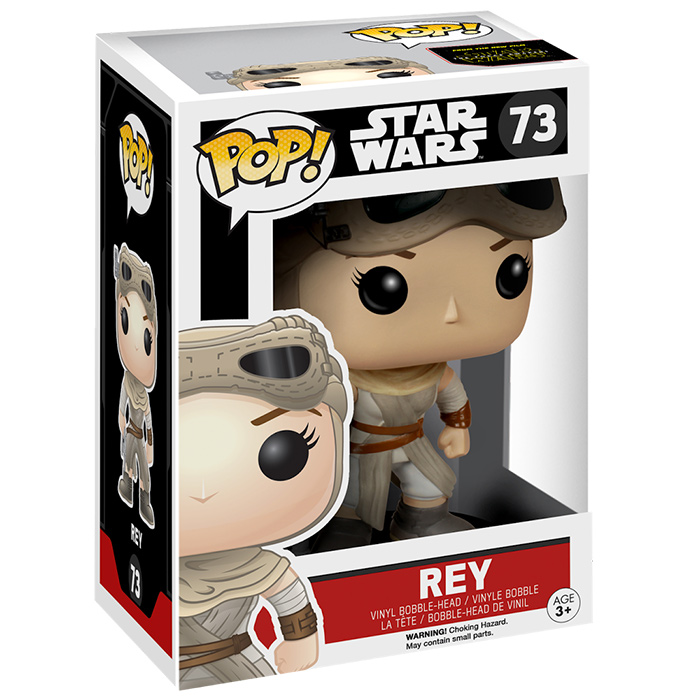