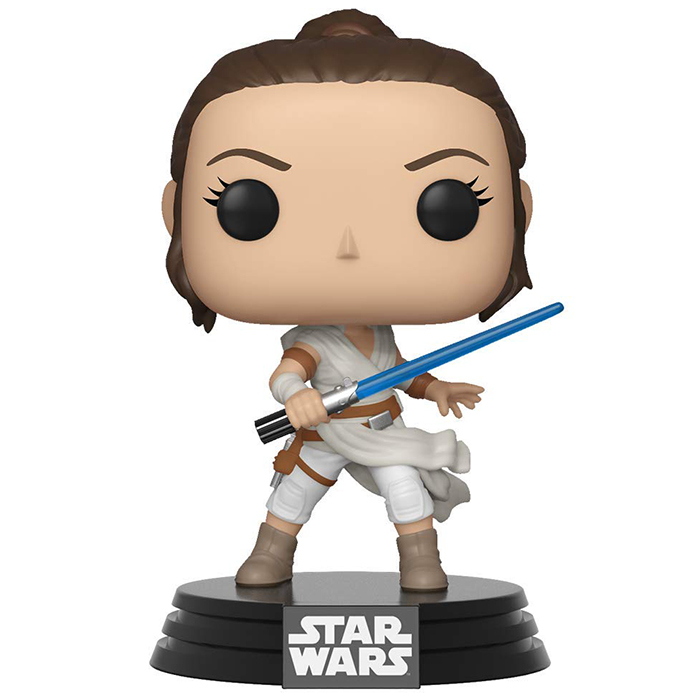 The power of force

Rey is the new heroine of the third Star Wars trilogy set thirty years before the first. She was making a living salvaging parts from old ships on a desert planet when she crossed paths with the robot BB8 carrying a message from the resistance and the rebel stormtrooper Finn. This drew her into the resistance and she realized that she was particularly sensitive to the force. In the second film, she reunited with Luke Skywalker and began training, hoping to fight Kylo Ren, one of the leaders of the First Order who had turned to the dark side of the Force. He becomes the Supreme Leader at the end of the second film and Rey will have to fight him in the last film of the Rise of the Skywalkers trilogy. 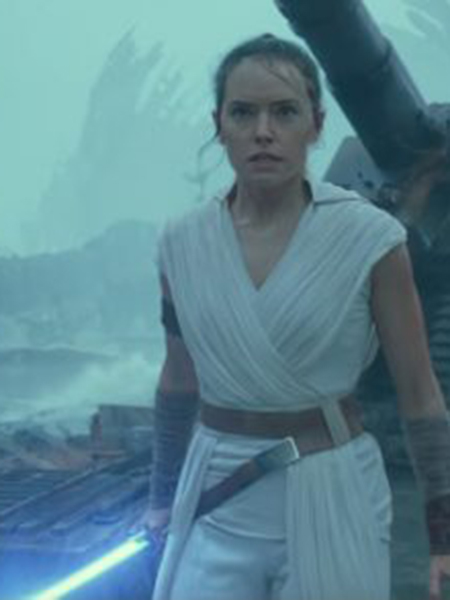 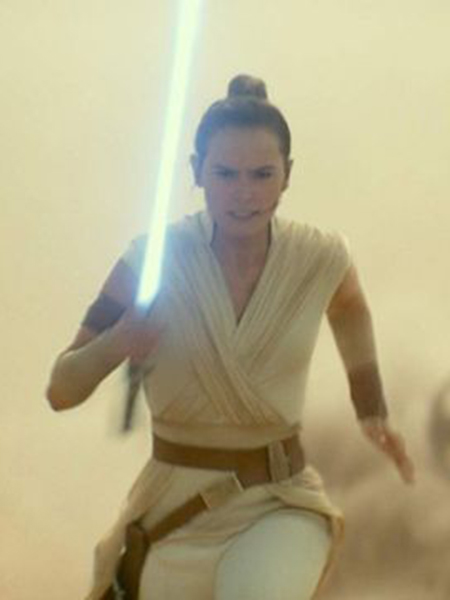 The Good Side of the Force

Rey is shown here with her blue lightsaber during a fight. She is still wearing this outfit, which consists of white shorts and comfortable beige boots, and a long, sleeveless, wrap-around tunic on the front. She also wears wrist guards and a leather belt around her waist to hold her sword sheath. Finally, on the head, her hair is done up in a small bun at the back of her head with two strands falling on her face. 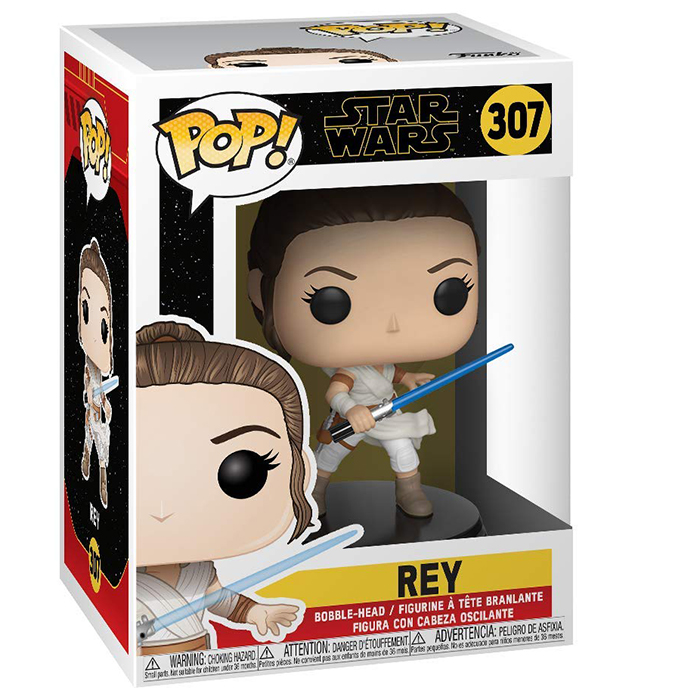