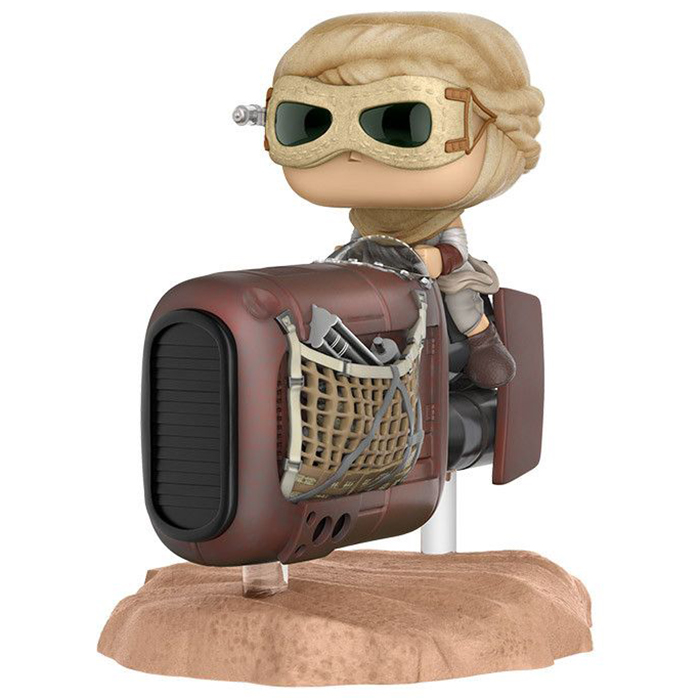 The debut of a new heroine

Rey is the new heroine of the third Star Wars trilogy having begun with The Force Awakens and continuing in December 2017 with The Last Jedi. Abandoned by her parents at a young age, Rey was on her own for a long time, looting shipwrecks on the desert planet Jakku to resell parts and earn enough money to eat. Until one day she crosses paths with Finn, a deserted stormtrooper and BB8, a small robot with an important message for the rebellion. On her way to deliver the little robot’s message, Rey also discovers that she is one of the last Jedi. 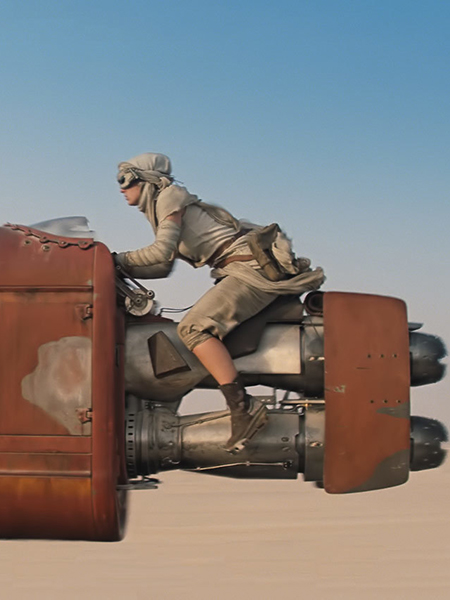 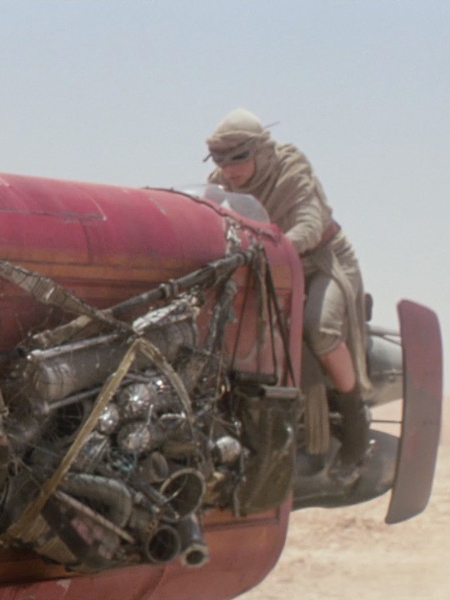 For this exclusive figure at the Star Wars celebration in Orlando, Funko has represented Rey on her famous speeder with which she moves in the desert. Rey is dressed in her usual beige outfit with pants, a tunic and brown leather boots. At the level of the head, her face is partially hidden by the very protective glasses which she wears and her hair is hidden by the scarf which she wears to protect it from the wind. Her red speeder is also very finely reproduced with its burgundy color, the numerous places where it is damaged as well as the net carrying the parts she recovered. Finally, the speeder rests on transparent bases and a plate representing the desert sand. 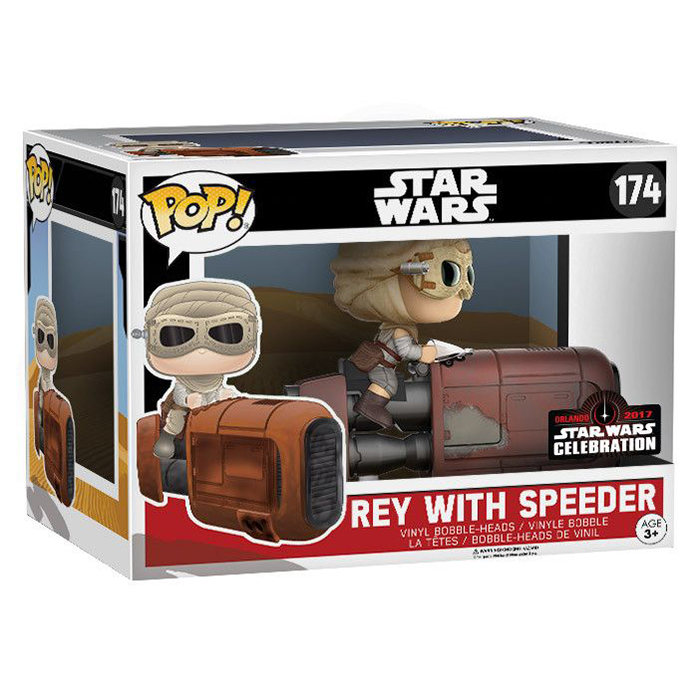