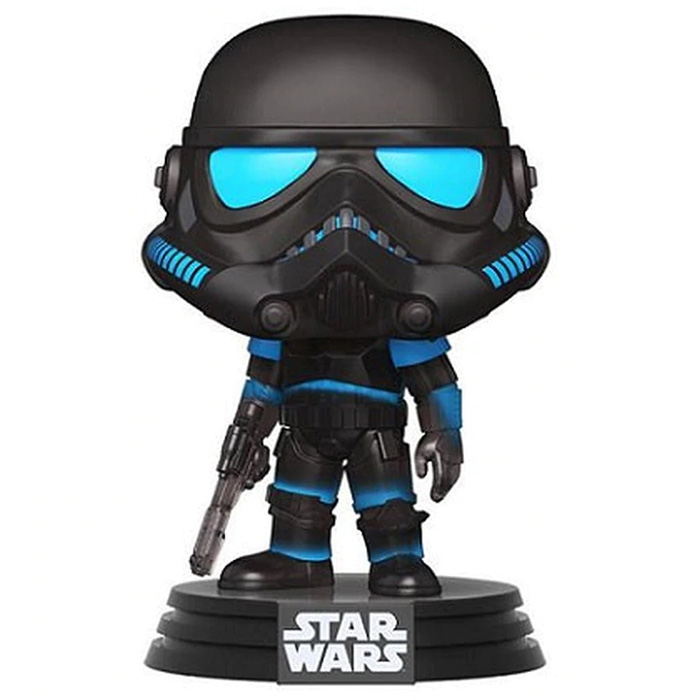 Shadow stormtroopers are variations of the classic storm troopers in the Star Wars universe. They were first encountered in the Star Wars Battlefront video game. They are part of the army of the Galactic Empire and are under the command of Darth Sidious. With their black stygian-triprismatic polymer armor, they have the distinction of being invisible to radar. They were often assigned to volcanic planets like Sullust. 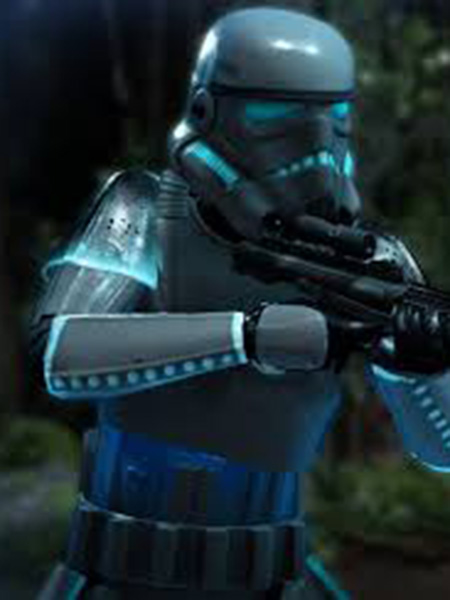 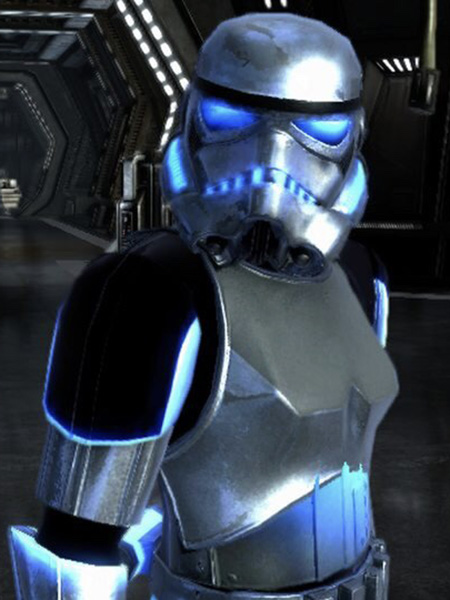 Funko represented this shadowtrooper with his armor similar to the standard stormtroopers but all black. There are also blue elements on the arms and legs that represent the lights hidden under the armor. At the head level, we find the stormtrooper’s helmet completely hiding his head with bright blue eyes and a large volume on the bottom also serving as an oxygen reserve when the stormtroopers find themselves on planets where the air is not breathable. Finally, he holds his T-21 light blaster in his hand. 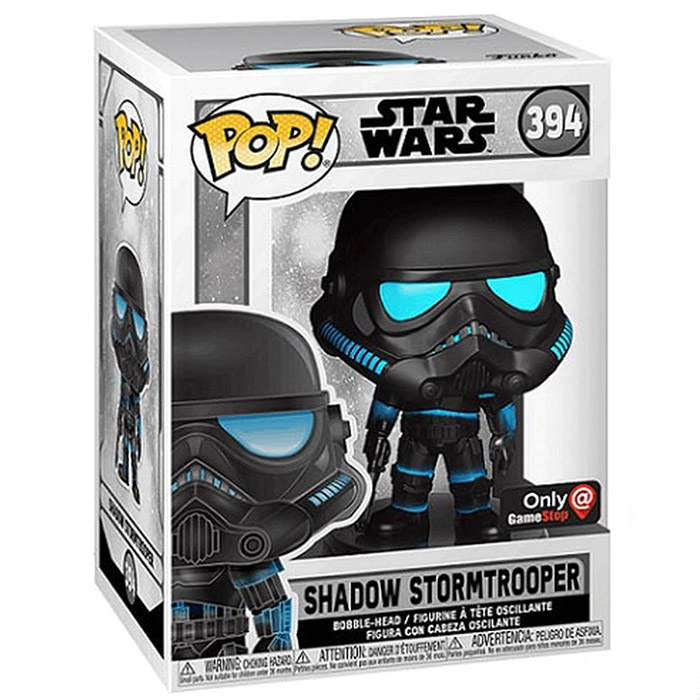