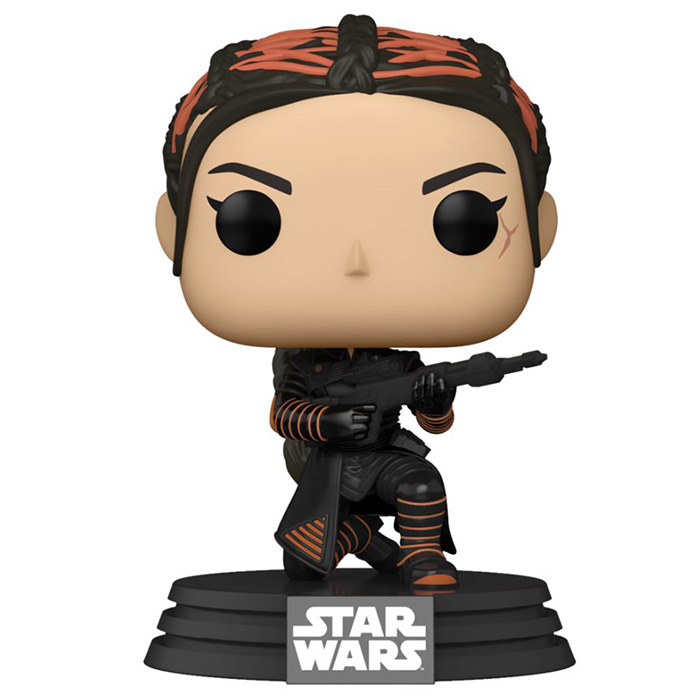 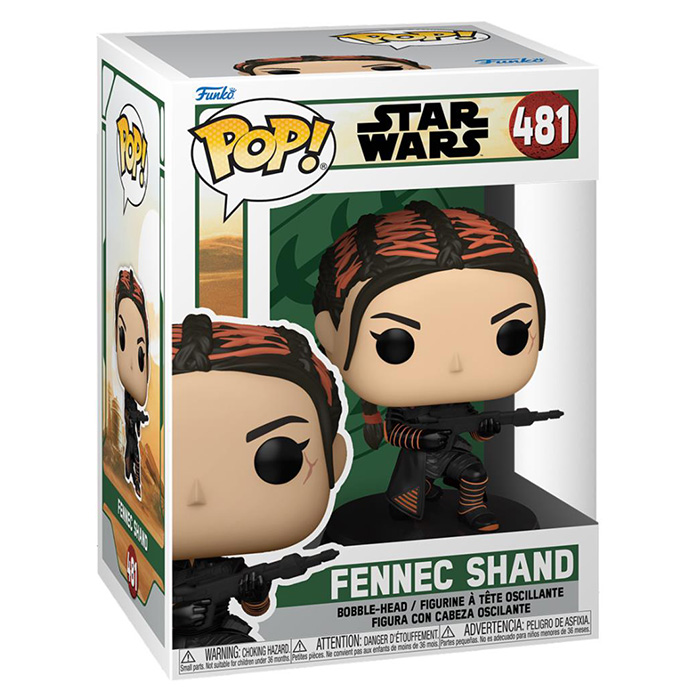 Fennec Shand is one of the main characters in the Star Wars series The Book of Boba Fett centered on the infamous bounty hunter. The two characters met in The Mandalorian series, part of whose plot serves as a prologue to the new series. Fennec Shand is a bounty hunter who tried to stop Din Djarin after a price was put on his head. But there was a fight between the two characters and she was left for dead in the desert. Boba Fett saved her in extremis. They later allied with Din Djarin in exchange for Boba Fett’s Mandalorian outfit, which Fett had recovered. After this mission, Boba Fett and Fennec traveled to Tatooine where they killed Jabba the Hut and took his place. This is when The Book of Boba Fett series begins. 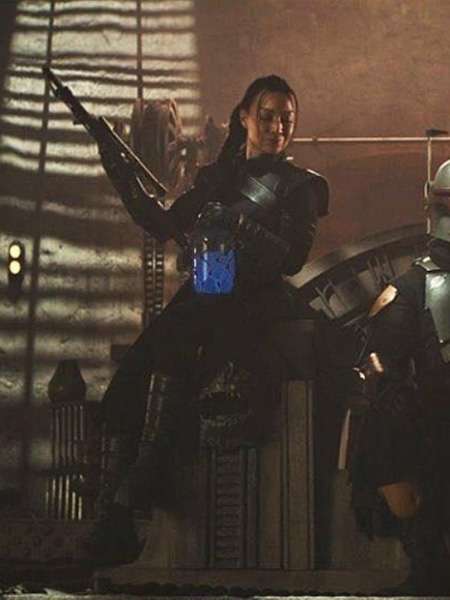 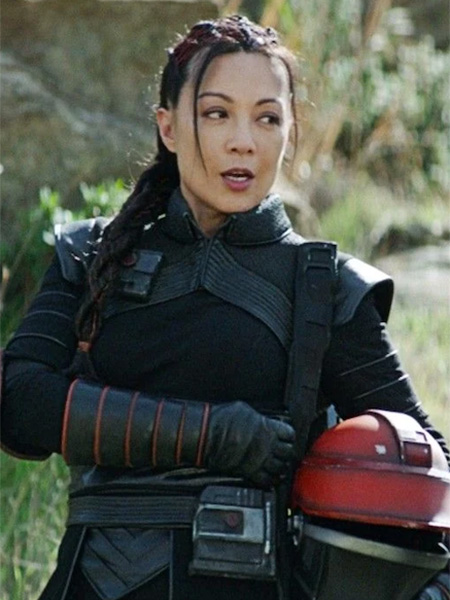 Fennec is shown here as she is seen at the end of season two of The Mandalorian, setting the tone for the Boba Fett series. She is wearing her black outfit with high boots and a jacket, decorated with orange lines in some places. She is shown with one knee in the ground holding her rifle in her hands. At the head level, we find her black hair braided and intertwined with orange strands.