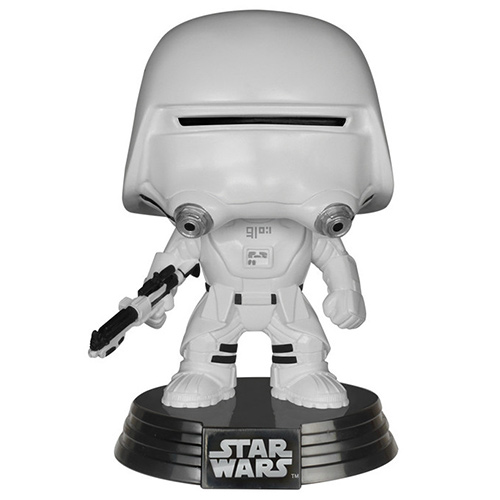 The First Order Snowtroopers are characters in the new film in the Star Wars saga: The Force Awakens. They are the descendants of the Snowtroopers of the Galactic Empire in the first trilogy but answer to Kylo Ren, leader of the First Order. They are the soldiers who specialize in missions that take place on particularly cold planets. In The Force Awakens, they patrol the surface of the new Starkiller base. 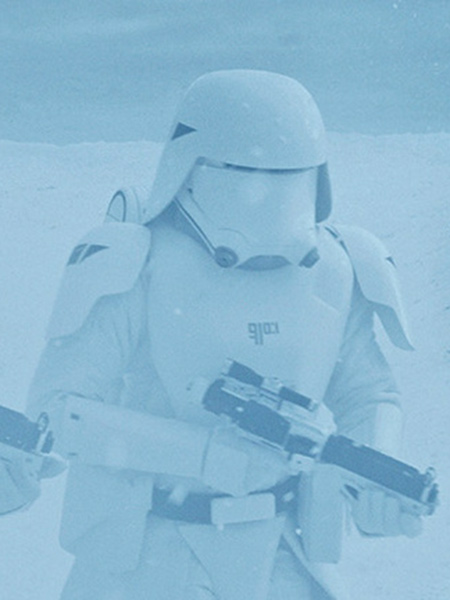 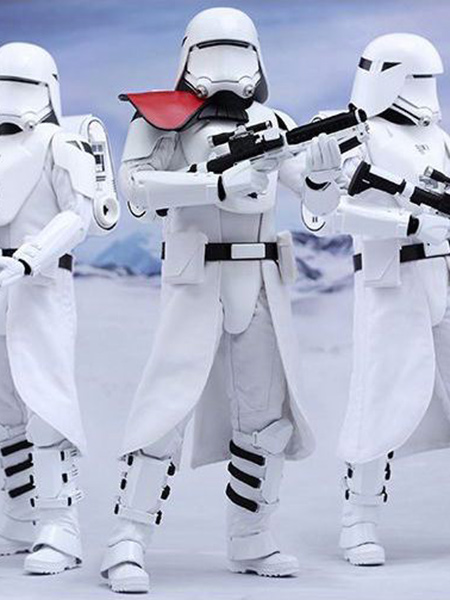 Due to the special nature of their missions, these soldiers have different armor than other Stormtroopers. Their white armor is much more covering in thick fabric and does not show any part of the lighter black outfit they wear underneath. They also carry a long white coat and an impressive blaster rifle. Their helmets are different, similar to the Flametroopers, but with only a small opening for the eyes. 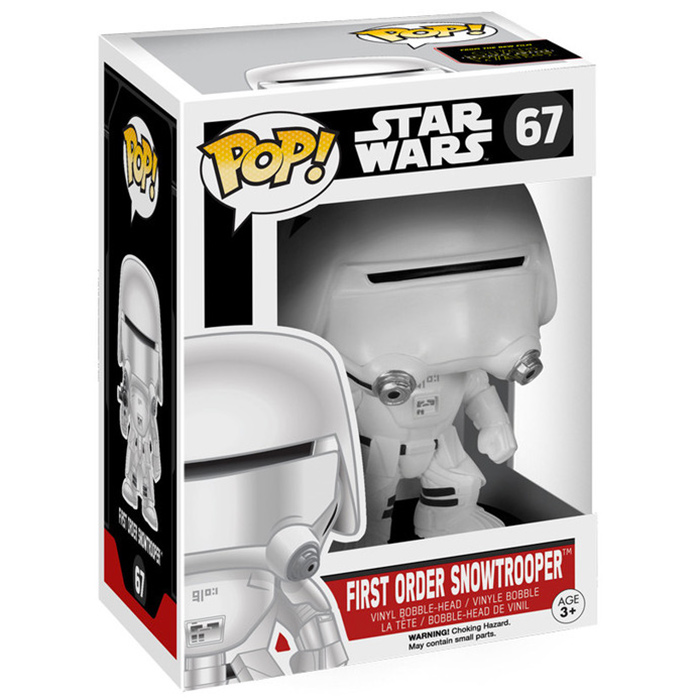