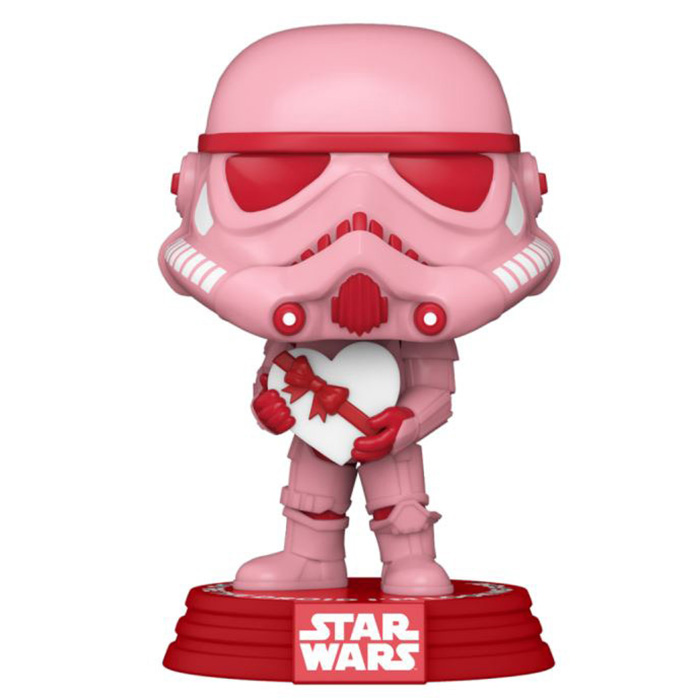 Soldiers of the Empire

Stormtroopers are the soldiers of the empire in the films of the famous science fiction saga Star Wars. Regardless of the period of galactic history in which Star Wars takes place, they are the soldiers who serve the galactic empire. They are divided into a number of factions depending on their specialty (ground combat, air combat, desert combat, ice combat, etc.). During the first two trilogies and most of the animated series, the stormtroopers remained anonymous soldiers whose faces were never seen. They were also known to be very bad shooters, always conveniently missing the heroes. It wasn’t until the third trilogy that we met and finally saw the face of a stormtrooper, Finn, who decided to desert. 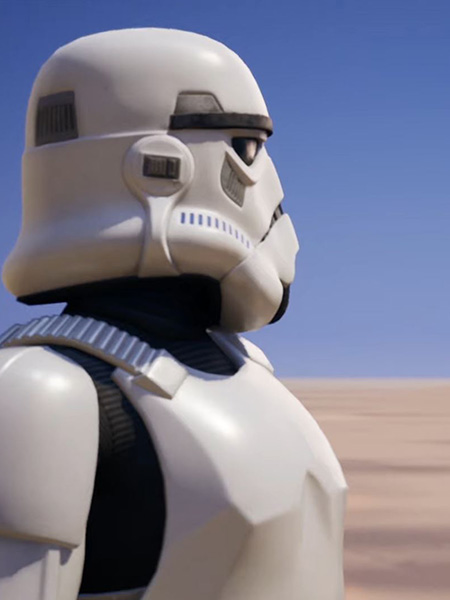 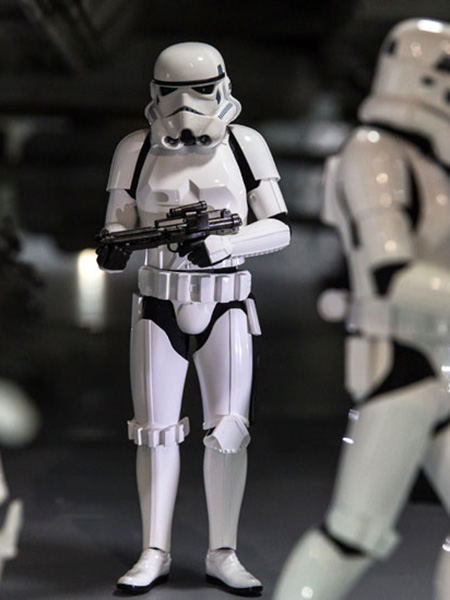 A stormtrooper with a heart.

For this different version of the character, Funko depicted a Stormtrooper in a Valentine’s Day version. His armor is in shades of pink and red instead of the usual black and white. We find this armor made of different pieces revealing his clothes (here red) below the knees, elbows, etc. … He also wears this very recognizable helmet and red gloves with which he holds a white box of chocolates with a red bow. Finally, he is standing on a red base on which is written “You are the droid I’m looking for” in reference to this famous sentence from the first movie. 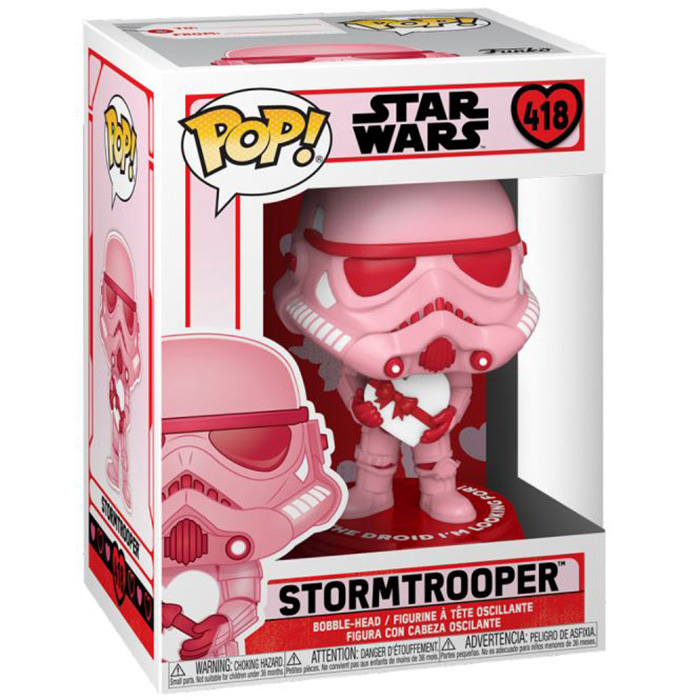