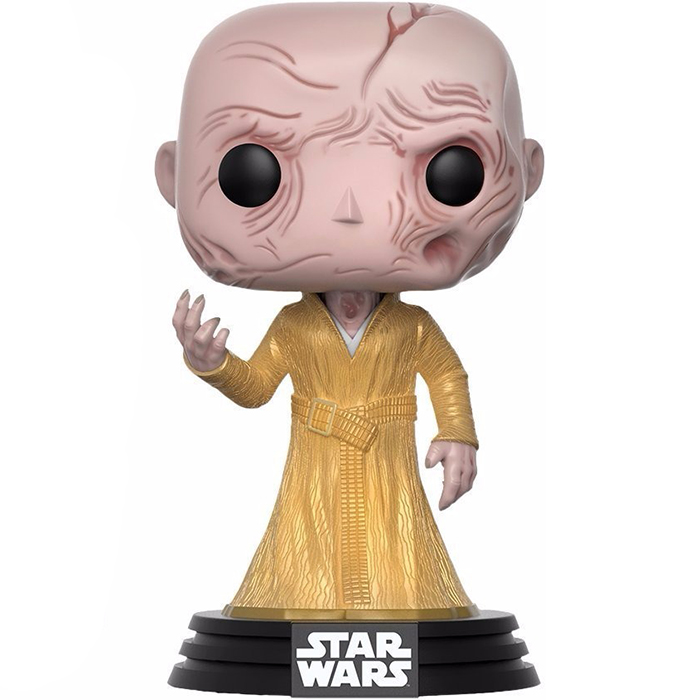 Snoke is the supreme leader of the First Order, the powerful new dictatorship that took over the galaxy in the third trilogy of the Star Wars saga. His control of the dark side of the force is very powerful, which explains his totally disfigured face and the fact that he managed to lure Ben Solo away from the Jedi path, causing him to become Kylo Ren. His origin is very mysterious and preferring a mobile command center to a real base, it is difficult to guess who he really is and what he wants. 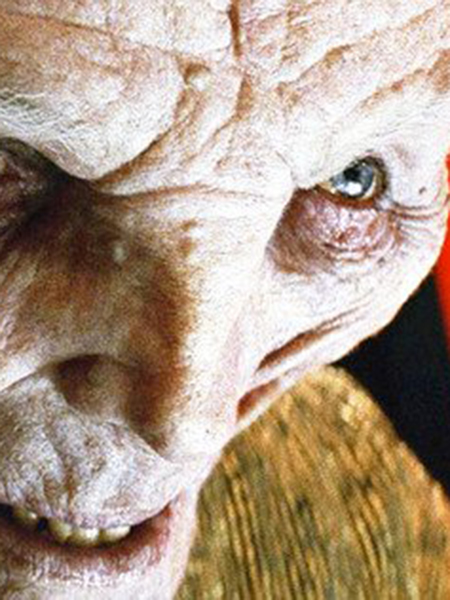 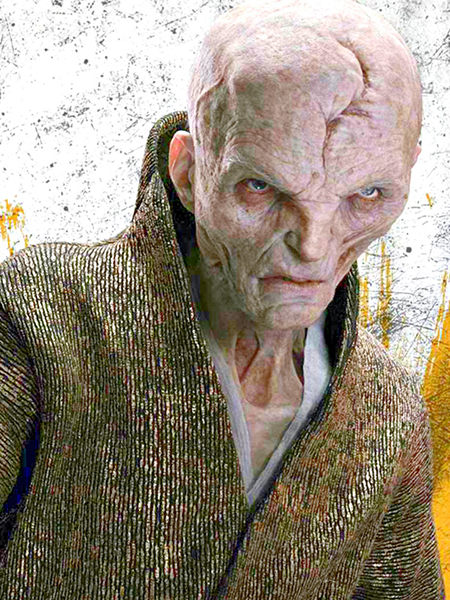 Having long since used the dark side of the force, Snoke is severely disfigured. He has unhealthy pink skin and deep wrinkles and scars all over his face, neck and hands. In contrast, he’s dressed in a long, luxurious, sleek golden robe. One of his hands is forward as if to show that he is using the force. 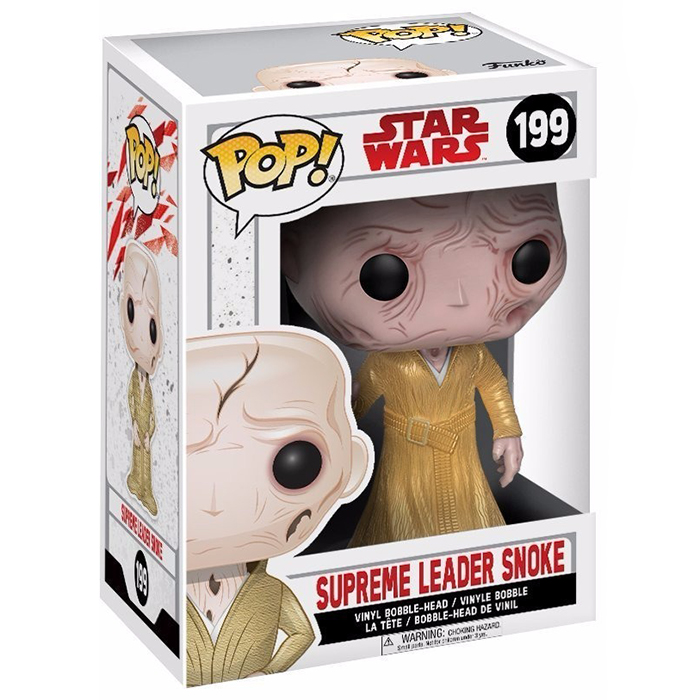