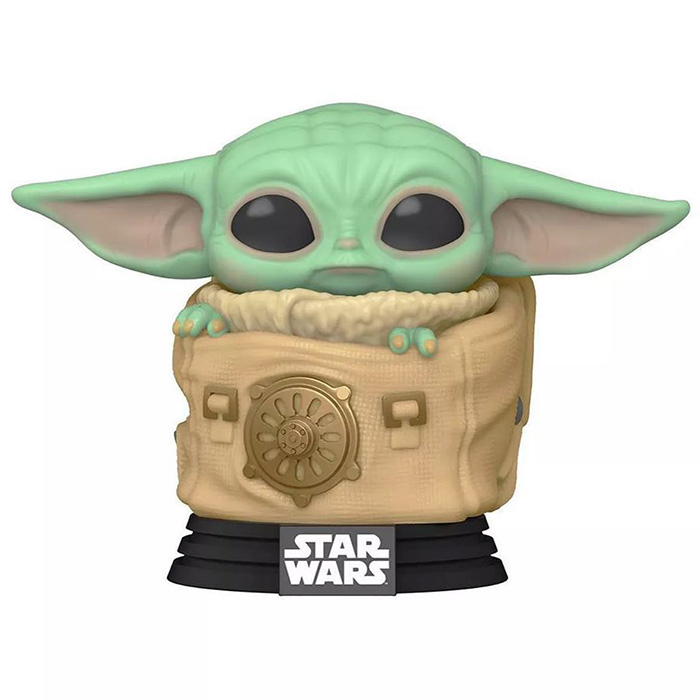 The Child is what the baby version of Yoda is called in the Star Wars series The Mandalorian. Indeed, this series takes place several hundred years before the first trilogy and Yoda is only a very young child not yet speaking but already having the ability to use the Force. At the beginning of the series, the bounty hunter known as the Mandalorian is given a mission by a mysterious ex-empire client. He must find the young Yoda and bring him back. But on the way, he becomes attached to the young child and, after delivering him to his client, changes his mind, and returns to find the young child. He will in turn become a much sought after fugitive to continue to protect this child. In the course of his many adventures, he comes to realize that the young child can not only use his strength to move objects or people with his mind, but he can also heal people. 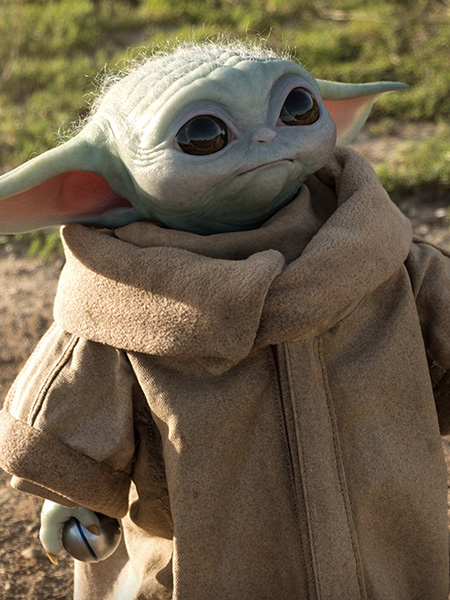 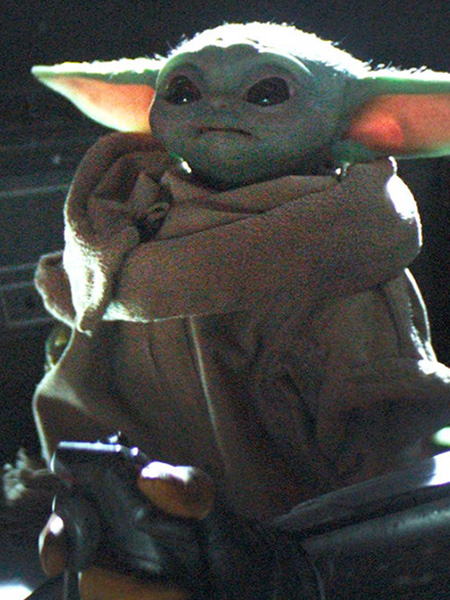 For this adorable new version of baby Yoda, Funko has depicted him in the canvas bag he first finds him in. It’s a beige canvas bag that’s very well textured with gold ties and a fancy gold metal round lock of some sort. Only the child’s head and two arms are showing. We can also see that he is wearing this beige dress with fur trim. His little green hands have only three fingers and we can see his big green ears and his big black eyes. 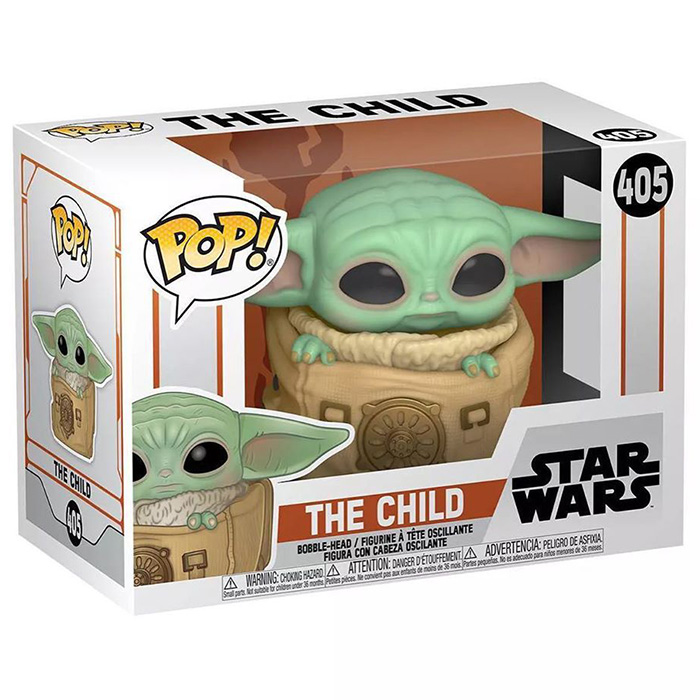