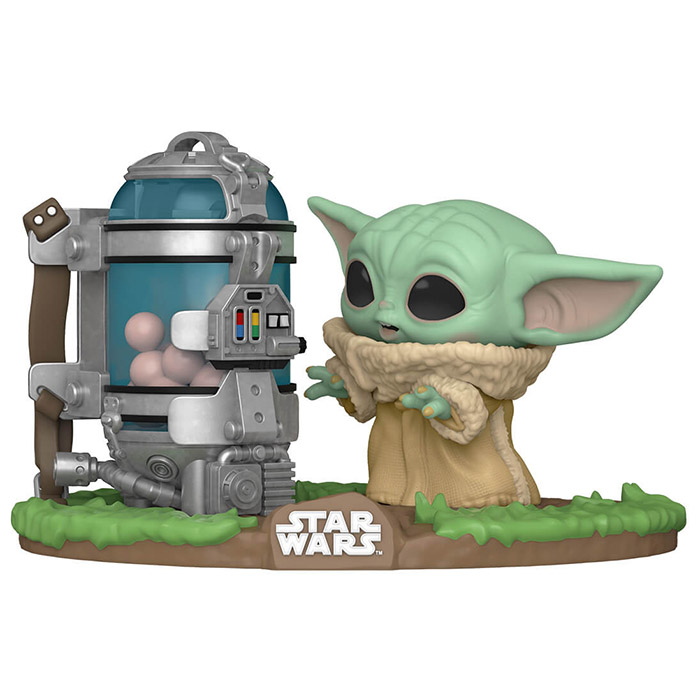 The Child is the name given to the character most likely being the young baby Yoda in the Star Wars series The Mandalorian. In season two, the bounty hunter hero of the series desperately tries to find other of his people to help him figure out what to do with this child he has been given custody of. In the second episode, a frogwoman claims to have information about Mandalorians living on her home planet. She agrees to give him more specific information if he agrees to transport her and the egg tank she’s carrying there. On the way, they are intercepted by Empire men who give chase. He ends up on an icy planet and his ship crashes. As he tries to repair the ship and save everyone, the child doesn’t really help with his appetite for frog eggs even though he was told not to touch them. 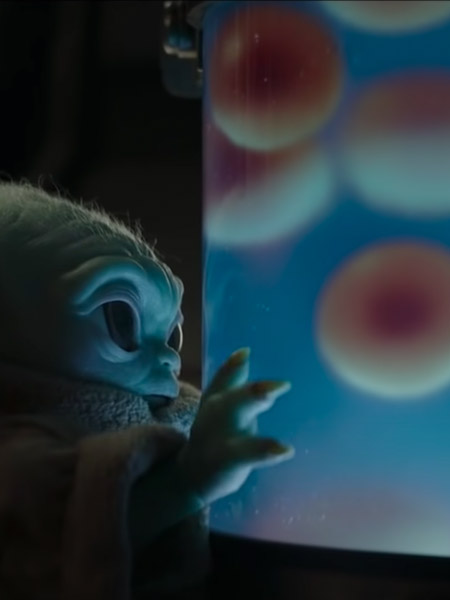 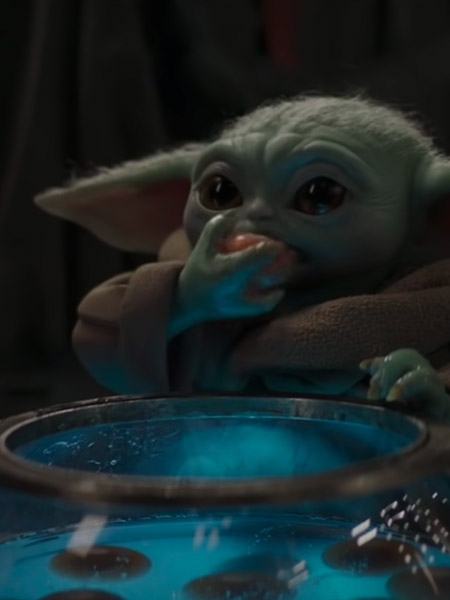 For this great TV moment, Yoda is shown here on a grassy base next to the frog egg container. He is standing in his usual beige robe with fur-trimmed sleeves and collar. His hands are outstretched towards the container and his mouth is open in a fascinated and very amused expression. The container is made of metal with transparent walls that show the pink eggs bathed in a bluish liquid. On the front, we can see all sorts of buttons that give him a retro side and make him look a bit like R2D2. 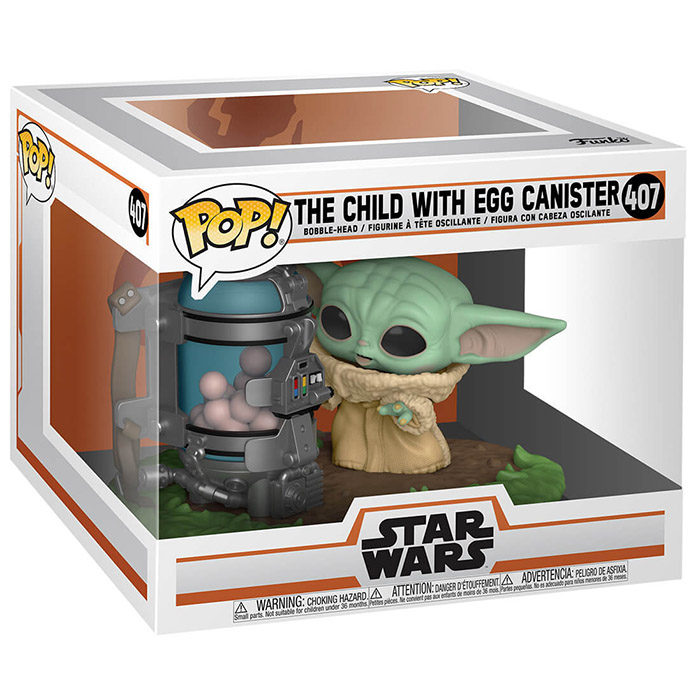