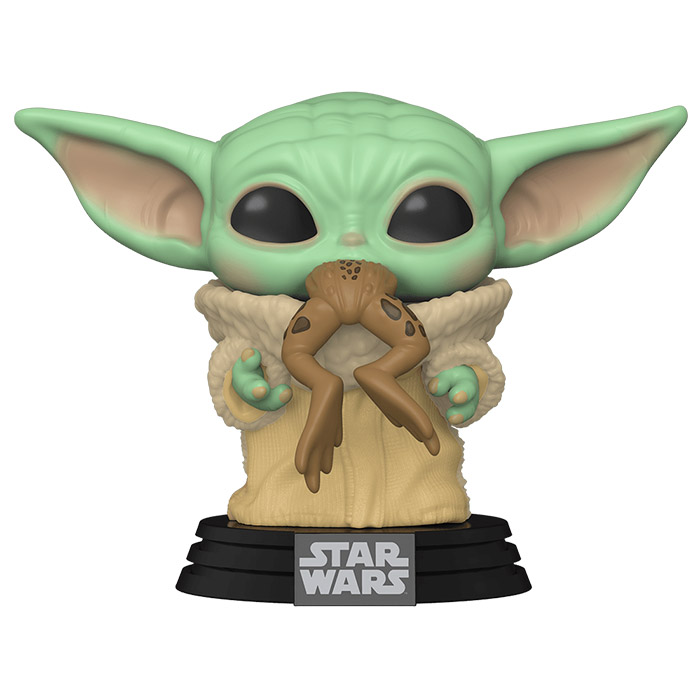 Not just a cute creature

The Child is the name given to what is believed to be the baby version of Yoda that we meet in the first episode of The Mandalorian series set in the Star Wars universe but long before the first trilogy begins. The child is the target of a Mandalorian bounty hunter whose client is a wealthy former member of the Empire. The bounty hunter delivers the child to the man in question, but after seeing what the child is capable of, he finally changes his mind. He is afraid of what his client might do to him, so he goes back to get the child. The client then sends many other bounty hunters after him and he has to flee to protect the child. The latter will show several times that although he is still a child who does not speak, he already manages to master the force, even if it seems to tire him each time. He also has a ferocious appetite since we see him devouring a frog almost as big as him several times. 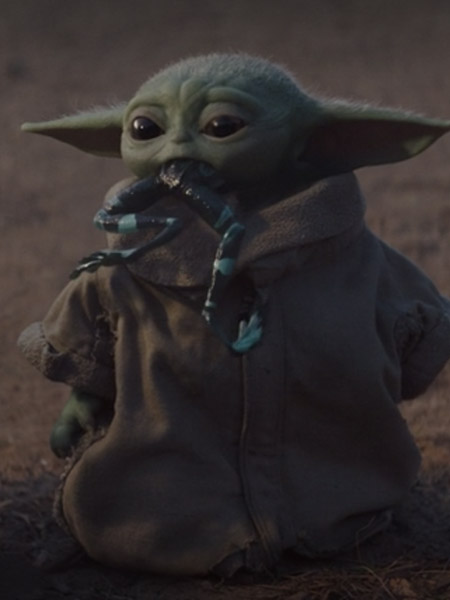 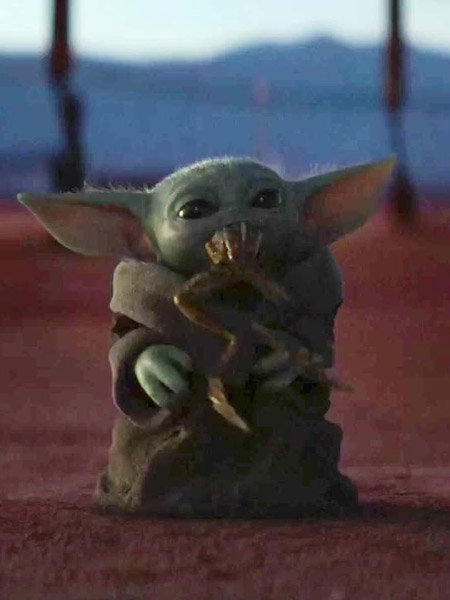 Funko here depicted Yoda when he tries to eat a frog in the small village that the Mandalorian promised to help. The children are very fond of him but are horrified when he tries to eat it so he spits it out entirely. Funko represented him with the frog half in his mouth with his big brown legs. Yoda has his little green head with pink touches on the joeus and inside the ears. He also wears his little beige dress with his hands forward. 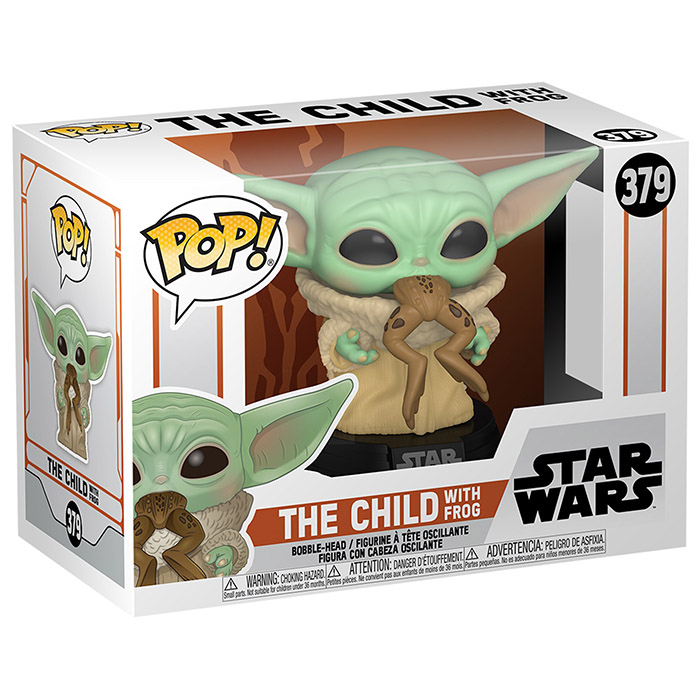