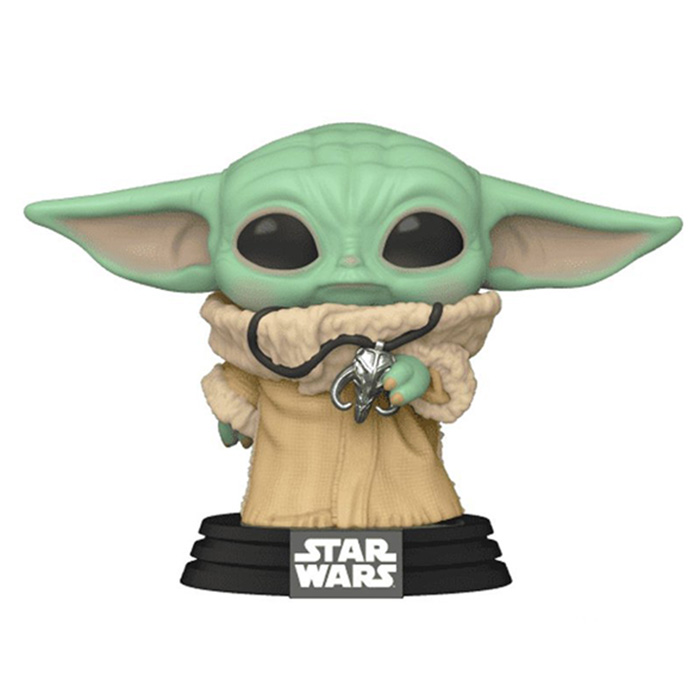 The Child is the official name of baby Yoda in the Star Wars The Mandalorian series. Indeed, since we meet him when he’s still a baby, we don’t know his name even if it’s obvious that it’s him. At the beginning of the series the hero, a bounty hunter nicknamed The Mandalorian because he is one of those people who keep their appearance mysterious and secret, receives a new mission. A former member of the collapsed galactic empire asks him to bring back this young child of an unknown species. Although he doesn’t trust the man in question, he pays in beskar, a metal that is very precious to the Mandalorians. But once he gets the child back, he begins to get attached, especially since he saves him several times with the force. He still brings him back to his client but changes his mind and goes back to get him and then becomes a target for the bounty hunters himself. Throughout the series, the child will show his abilities for the force several times. 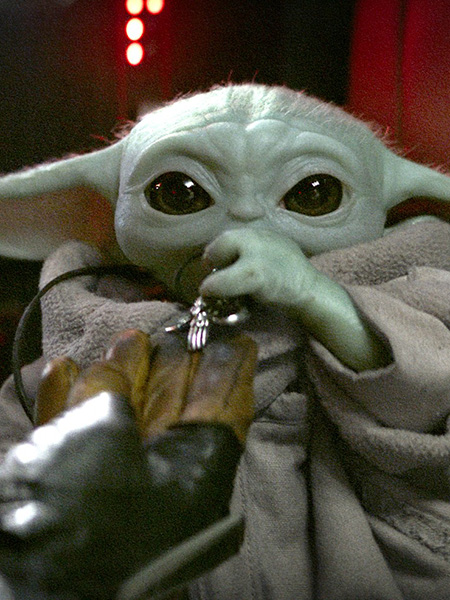 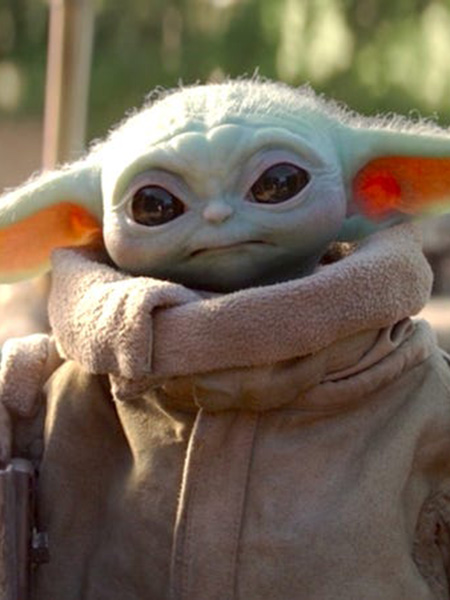 For this NYCC 2020 exclusive release, Funko has depicted the child with the pendant he takes from the Mandalorian. As always, he is depicted on a black base with Star Wars written on it. He is standing and wearing a small beige canvas robe. This one is lined with fur at the neck and sleeves to keep him warmer. We also find his little green head with big ears and big black eyes. His little green hands with three fingers are sticking out of his dress and one of them is holding the pendant representing a creature’s head with big horns attached to a black cord. 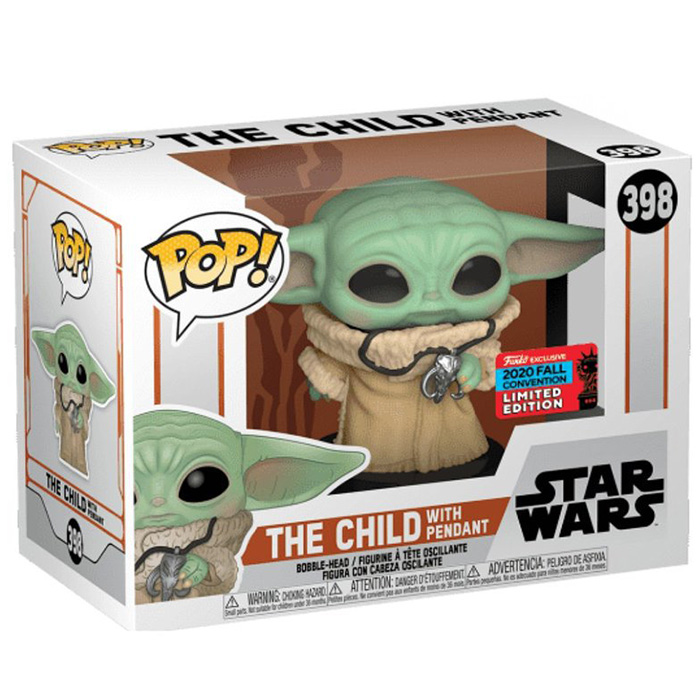