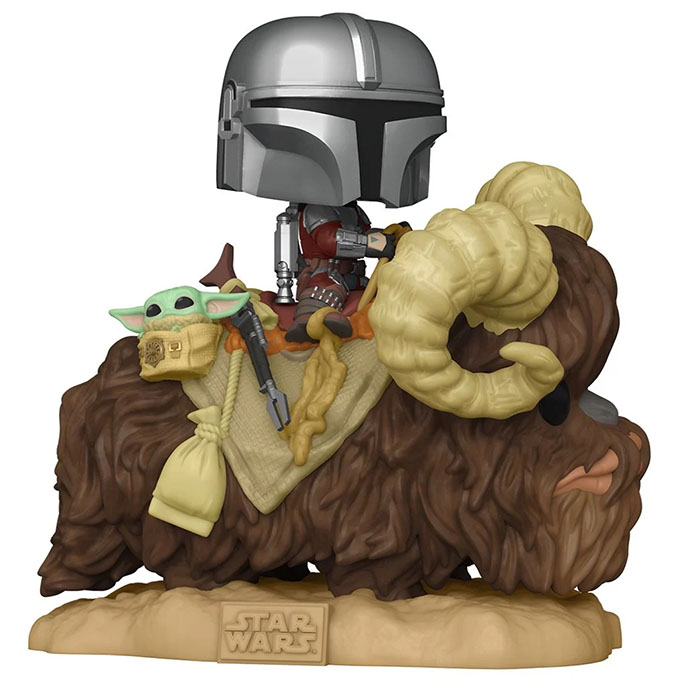 At the beginning of the second season of Star Wars The Mandalorian, the hero of the series is searching for other of his people who can help him know what to do to properly care for the young baby Yoda. This leads him to a remote and largely deserted planet. There he finds a man wearing Mandalorian armor, but the man turns out to be just a man who found the armor and used it to rid his small town of a bunch of Empire men. In exchange for the armor to be returned to his people, the man, Cobb Vanth, asks the mandalorian to help him rid his town of the giant creature that regularly ravages their village. 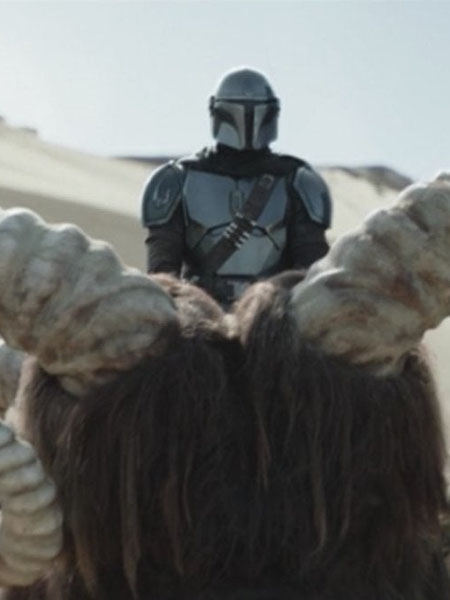 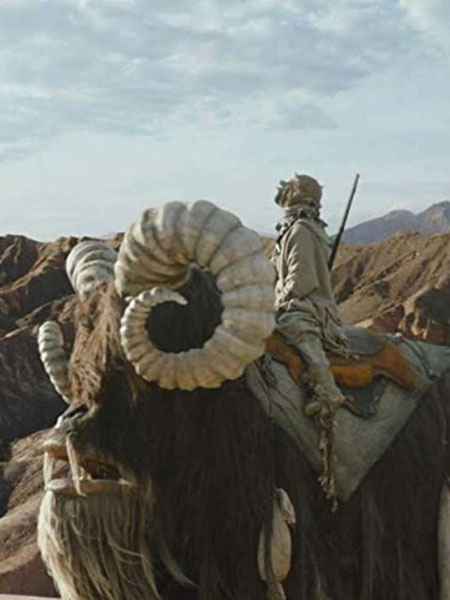 Funko has depicted the Mandalorian here on the back of a bantha, one of the creatures that the people of this planet use as a means of travel. It is a kind of mammoth with long brown hair and large horns that curl up on the sides like an ibex. It is placed on a base representing the sand of this planet. On its back, it carries a canvas saddle and the young baby Yoda sits in one of the saddlebags hanging from the back. The mandalorian stands on the back of the creature wearing as always his mandalorian armor, especially this famous helmet and the jetpack on his back. 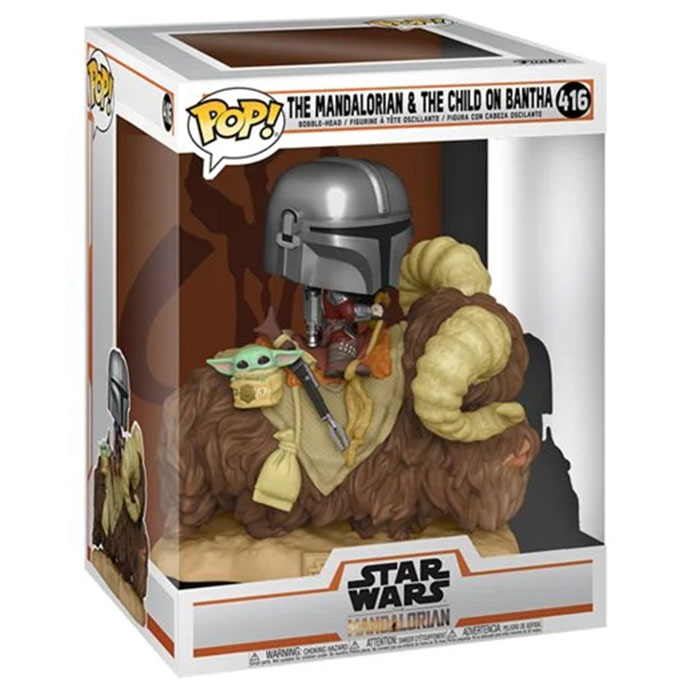