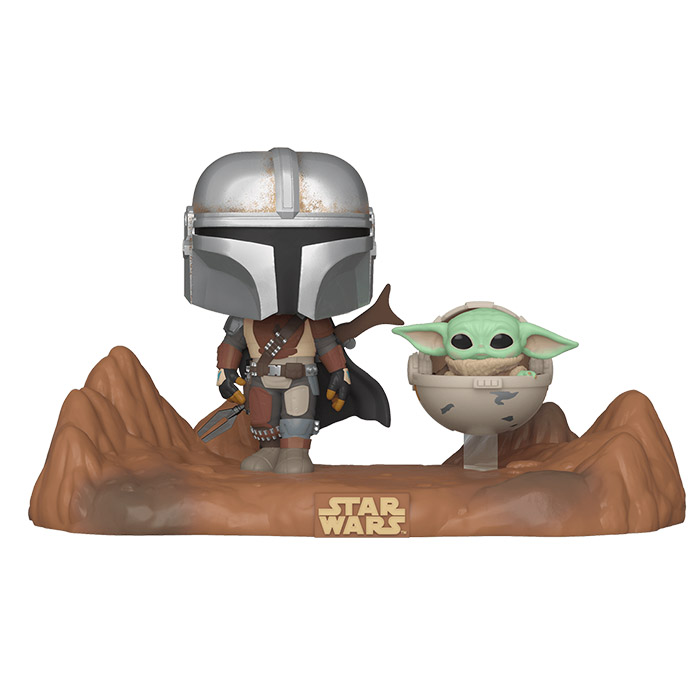 The Mandalorian is the hero of the Star Wars series of the same name. He is a bounty hunter from a very secretive people, most of them never revealing their faces and living in the underground. At the beginning of the series, he accepts a mission paid in a large quantity of beskar, a rare metal very precious to the mandalorians. He then travels to the planet Arvala-7 to retrieve the child. He must team up with another bounty hunter to get rid of all the bandits guarding him. He will then transport him to his ship, which will be more complicated than expected, and bring him back to his client. But he will finally change his mind and come to get him back, having become attached to the child and doubting his client’s intentions. 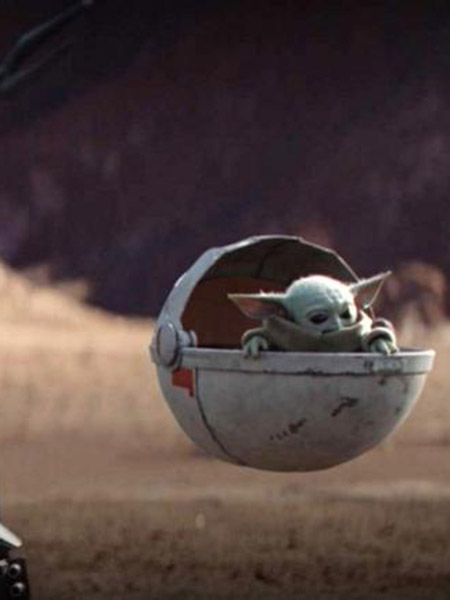 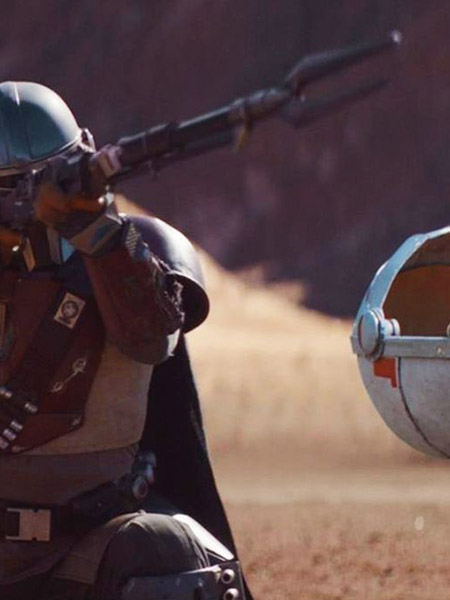 For this television moment, Funko has represented here The Mandalorian alongside the child on the planet Arvala-7. The red soil of the almost deserted planet is clearly visible. The Mandalorian is dressed with his full armor, this one being still a bit mismatched at the beginning of the series. We find bits of blue, brown, grey, as well as a long black cape and, on the other hand, his characteristic helmet with a T-shaped opening. Next to him, the child is in his little beige floating cradle. His little green head with big ears is sticking out and he is wearing a long beige coat. One of his hands is resting on the edge of the cradle from where he is looking out. 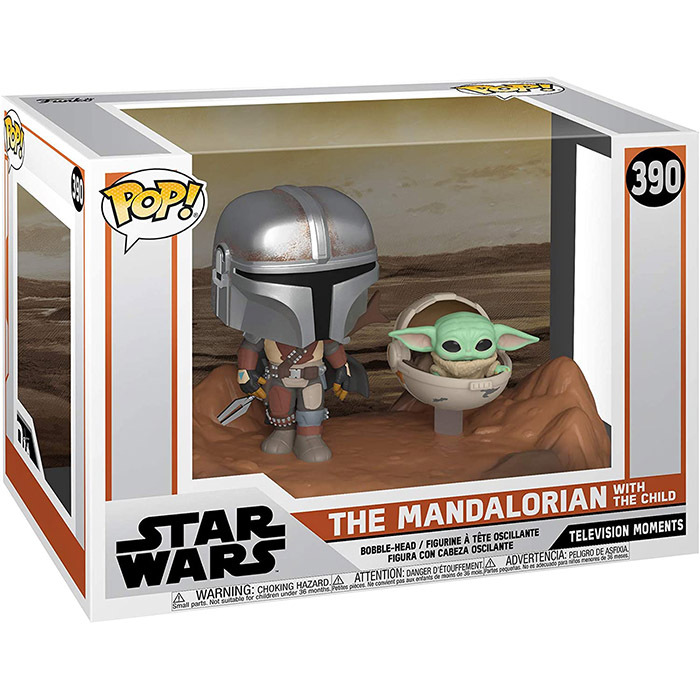