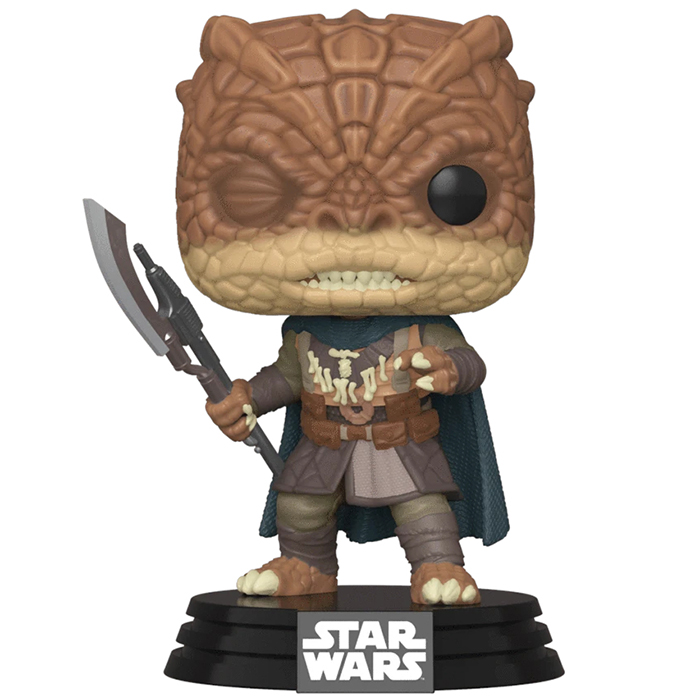 The trandoshan thug is a character crossed by the Mandalorian in the Star Wars series of the same name. The Mandalorian is a mysterious bounty hunter from the Mandalorian people who took him in after his parents died during an attack. At the beginning of the series, he accepts a mission for a client who is a former member of the Empire and who pays him a lot of money to bring back the person in question. He then travels to the desert planet Arvala-7 where he finds the target who is in fact a young child of an unknown species. After retrieving him from a gang of thugs, he takes him with him but is attacked again by other thugs including two trandoshans who try to retrieve the mysterious child. Fortunately, the mandalorian is perfectly capable of getting rid of them. 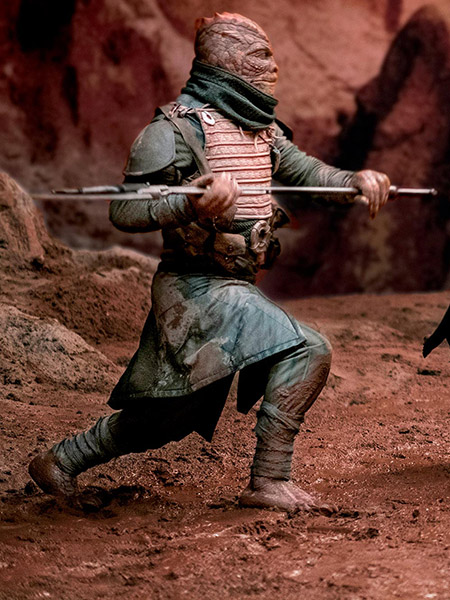 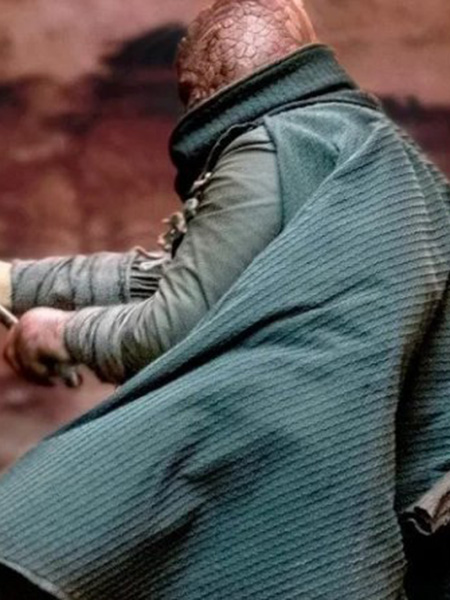 Trandoshan are humanoid creatures with a reptilian appearance. They stand on three-toed feet with sharp claws, but their hands look like human hands except for their brown/beige skin covered in scales. On the head, we find a more or less human face but the nose is very flat like a reptile and they have two rows of very sharp teeth as well as some kind of bony growths on the top of the head. He wears clothes in shades of brown, grey and green with a long cape and a necklace that seems to be made of small bones. Finally, he holds in his hand a weapon that seems to be a mixture of an axe and a gun. 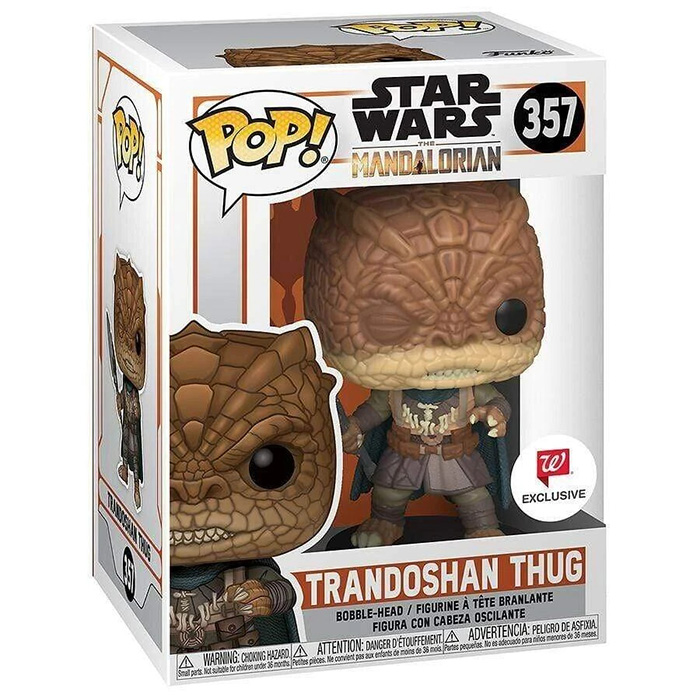