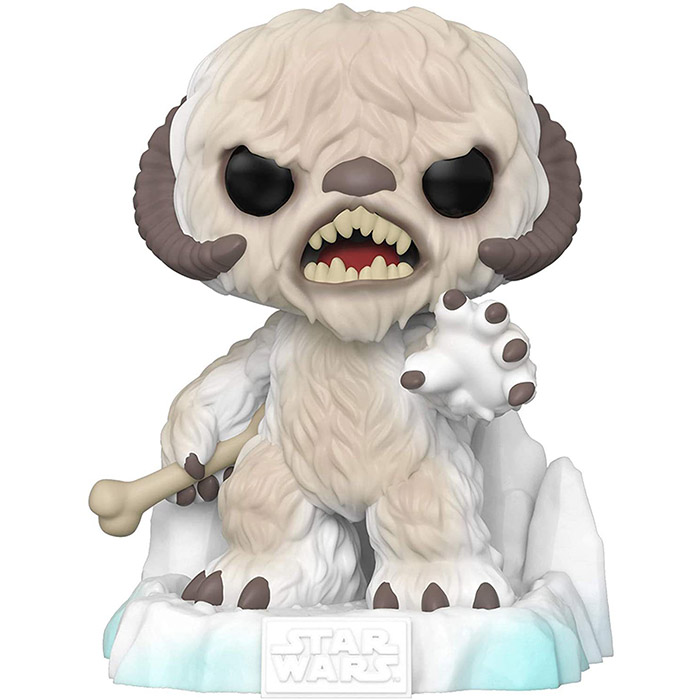 The wampa is a creature living on the planet Hoth in the Star Wars trilogy. The planet Hoth is an ice planet where the Rebel Alliance had set up their new base in the second film of the trilogy in hopes that the Empire would not spot them. Wampas are very large, carnivorous creatures that live mainly in caves. While riding a tauntaun, Luke Skywalker was attacked by this creature who took him to his cave to eat his tauntaun and planned to devour him right after. Luke managed to escape by using his lightsaber to cut off its arm. It was shortly after this moment that the Empire attacked the Rebel base and Luke had to flee to the planet Dagobah to find Jedi Master Yoda. 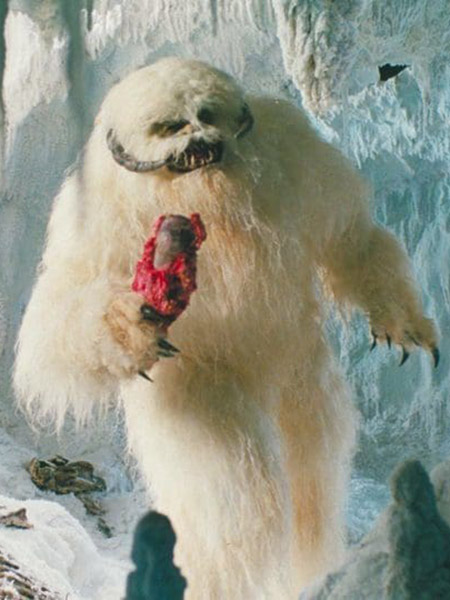 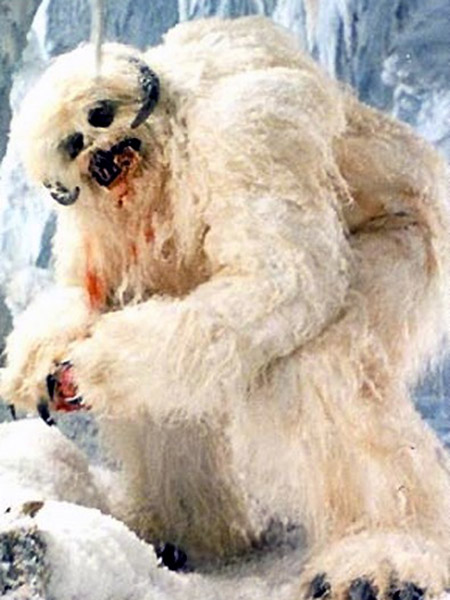 This wampa figure is part of a series of six figures representing several moments of the battle of Echo base, the rebel base. They are all on bases that can be fitted together. The base represents the icy ground of the planet Hoth with the beginning of the cave walls. The wampa is completely covered in white and beige fur and stands with one hand in front and the other holding a large bone. Its head is almost humanoid with large eyes, a brown muzzle and a large mouth open to an impressive set of teeth. Finally, it has two large horns going from the back to the front of the head. 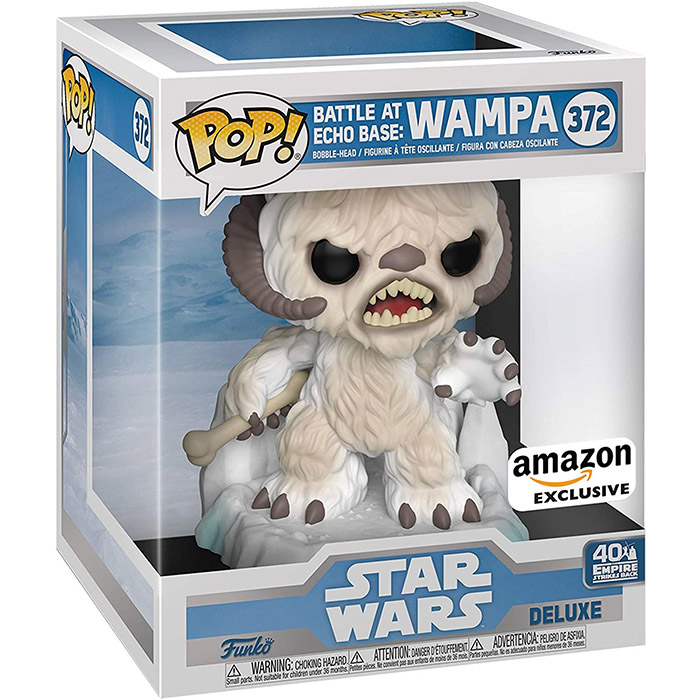