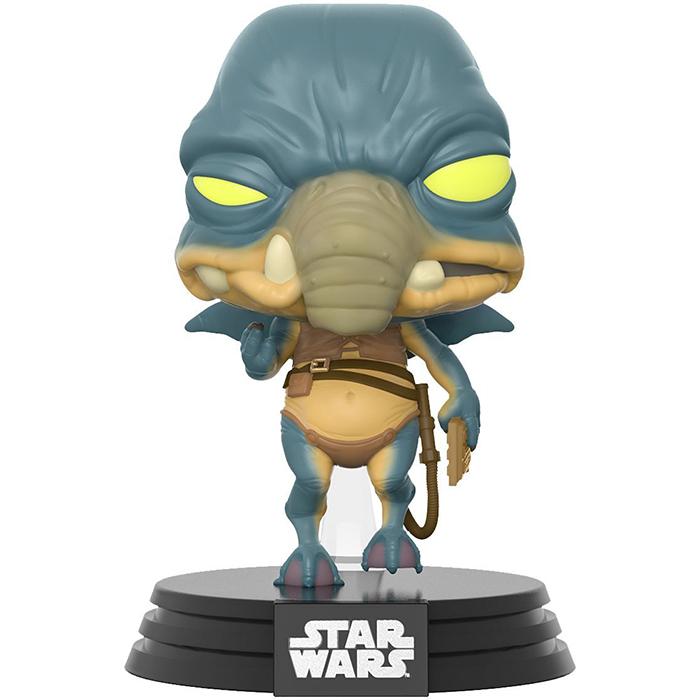 Watto is a character who appeared in the Star Wars universe at the time of the first film of the second trilogy telling the childhood of Anakin Skywalker. He is a Tokyri living on the planet Tatooine, where after being wounded in the war, he became a merchant. He is a scrap dealer who collects parts and wrecks and sells them. He has several droids working for him as well as human slaves. Among them is Anakin Skylwaker and his mother. Qui Gon Jinn having noticed the presence of the force as a child bets Watto that if the boy wins the Boonta Eve then he can take him with him. Anakin wins and Qui Gon Jinn takes him to become a jedi. 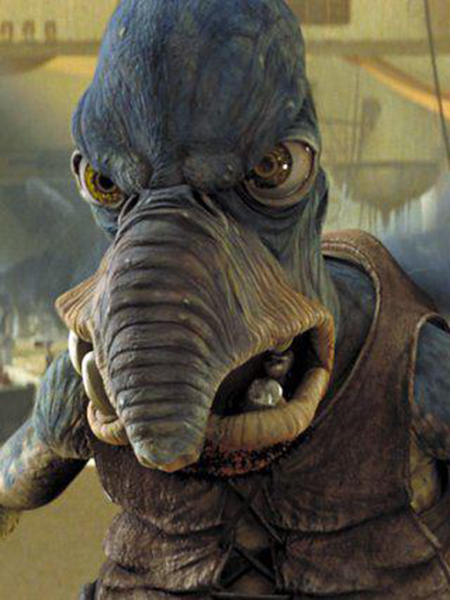 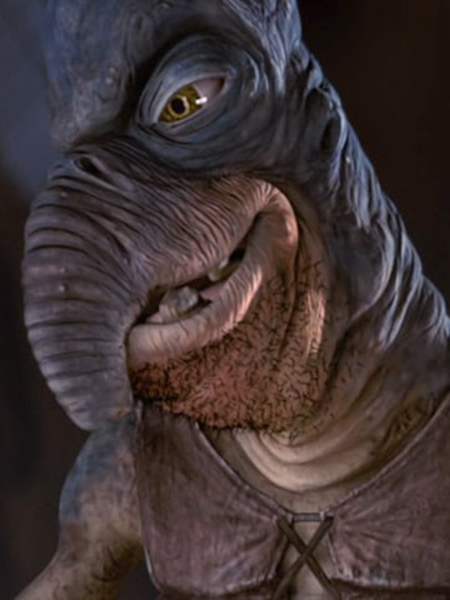 Like many aliens in the Star Wars saga, Watto has a very unique appearance. His body is blue and yellow with webbed feet reminiscent of an amphibian, as well as a sort of trunk and a mouth with large fangs protruding. He wears almost no clothes except for a minimalist slip and a small vest. He has yellow eyes that are a bit disturbing and wings on his back that allow him to fly despite their size which seems very small compared to the size of the character. 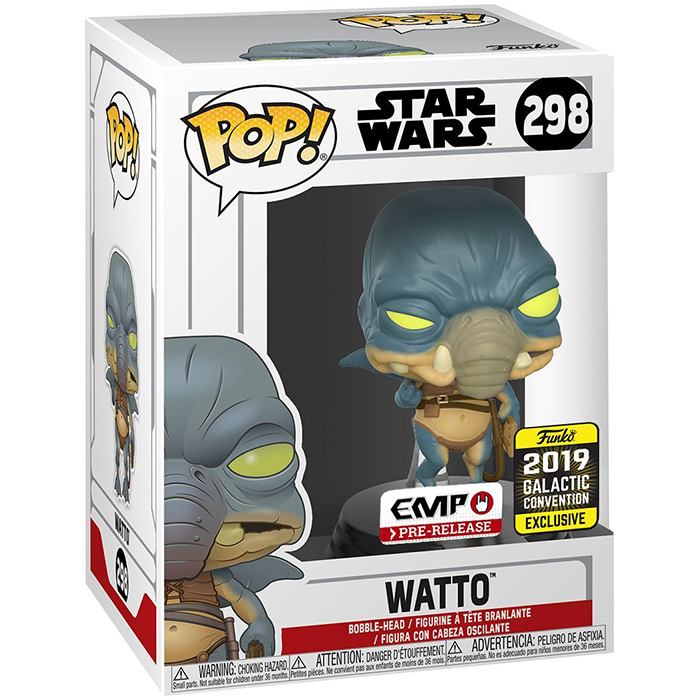