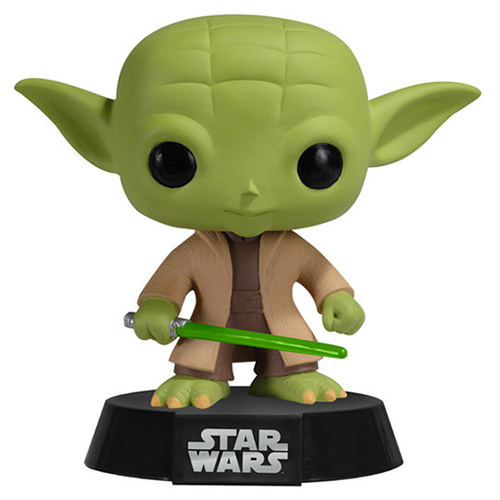 Master Yoda is one of the important characters in both Star Wars trilogies. Yoda is an alien of unknown species and origin. He is one of the most powerful and important Jedi who ever existed. He is recognized as the Grand Master of the Order and has served on the Jedi High Council for several centuries. He was the master of many Jedi apprentices such as Mace Windu and Dooku. Although he agreed to Anakin’s training, he saw something dangerous about the boy from the start. After the triumph of the Empire and Anakin’s transformation into Darth Vader in Episode 3, he was exiled to Dagobah. It is there that he will meet the young Luke Skywalker, son of Anakin. He will have time to train him in the art of the force before dying. Yoda is also famous for his proverbs inspired by Chinese culture and his way of always reversing the order of sentences. 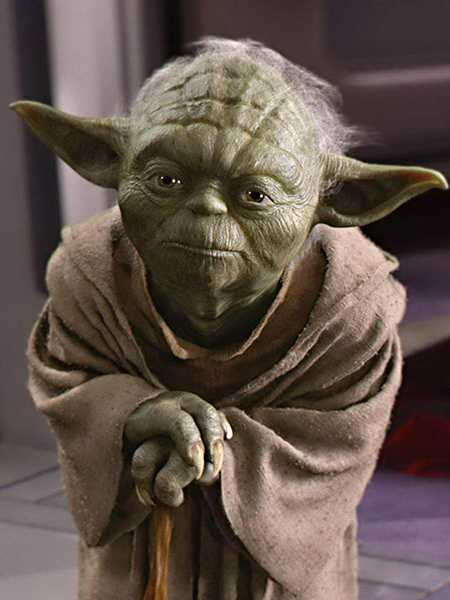 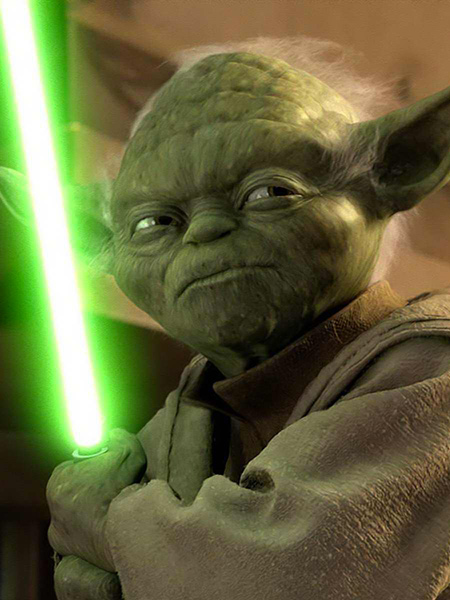 As Yoda is the grandmaster of the Jedi order, he is only ever seen in his Jedi outfit, so logically this is how he is represented by Funko. With his small size and disproportionate head, Yoda lends itself particularly well to the style of Funko Pop. He has a green skin with clawed feet, more like an animal than a humanoid. As in the movies, he wears the famous beige coat of the Jedi over a very sober brown outfit. On the head, we find the classic shape of Pop but he also has his big ears and the big wrinkles on his skull. His eyes are also marked in relief as well as his mouth and chin. And of course, his face is all green. Finally, he holds in his hand his famous green lightsaber. 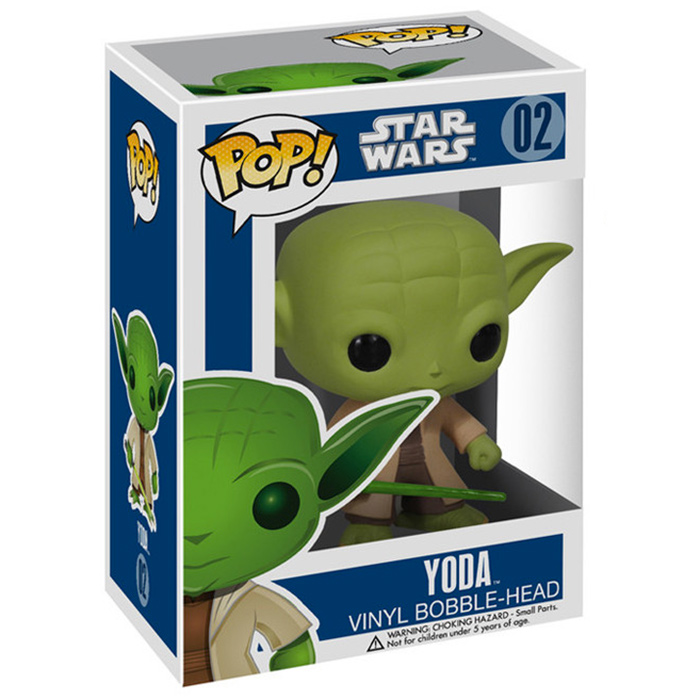