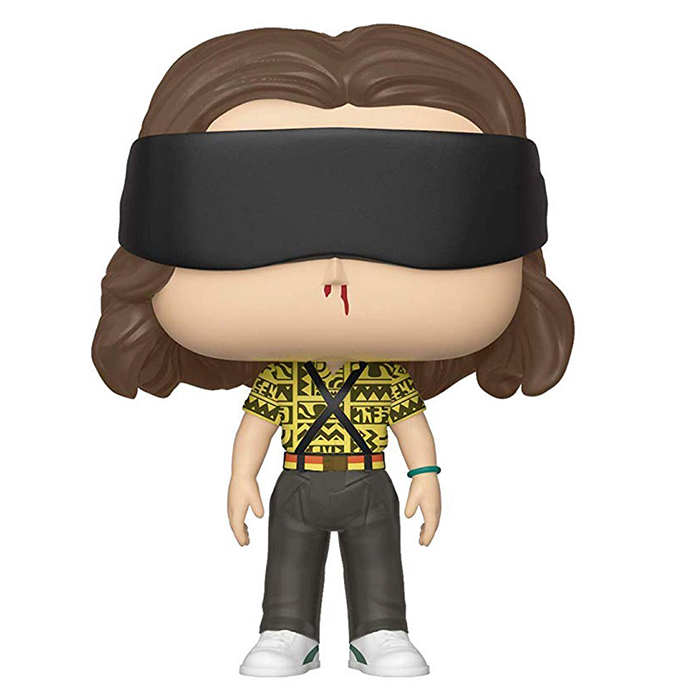 Eleven is one of the main characters in the fantasy series Stranger Things set in the 1980s. Growing up in a lab where she was made to develop her psychic powers, she did not have a childhood like any other. She ran away at the beginning of season one after accidentally opening the passageway to the parallel dimension of the Upside Down and releasing the monster that rules there. In season three, Eleven has been adopted by Hopper and thinks they are truly rid of the Upside Down. She spends the summer with her friends and boyfriend Mike. But while having fun with Max, she uses her powers to go spy on their loved ones and realizes that Billy, Max’s brother is acting strangely. They soon deduce that it has something to do with the Upside Down and have to join forces with the boys, with whom they were temporarily estranged, to fight this new threat. 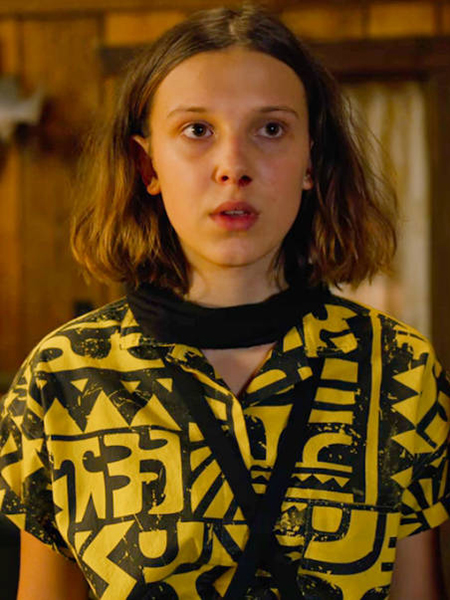 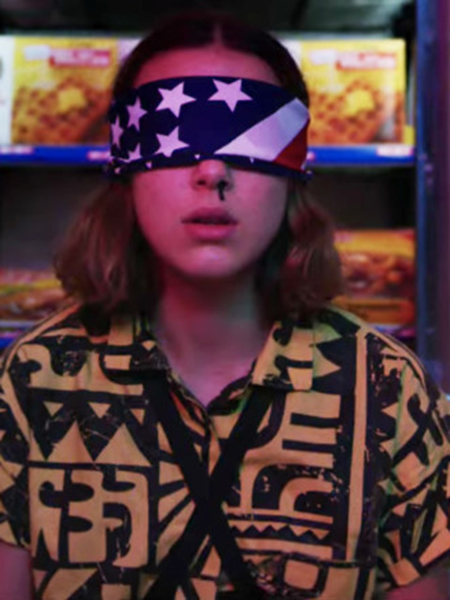 Eleven is shown here wearing the outfit she wears in the final episodes of the season, specifically when they are at home and she is concentrating on finding Billy who is possessed by the Upside Down monster. She wears high-waisted black pants with straps that cross over the front of the body. She is also wearing a yellow and black short sleeve shirt with geometric patterns and white sneakers in the fashion of the time. On her head, she wears the black blindfold over her eyes allowing her to concentrate and her brown hair loose. 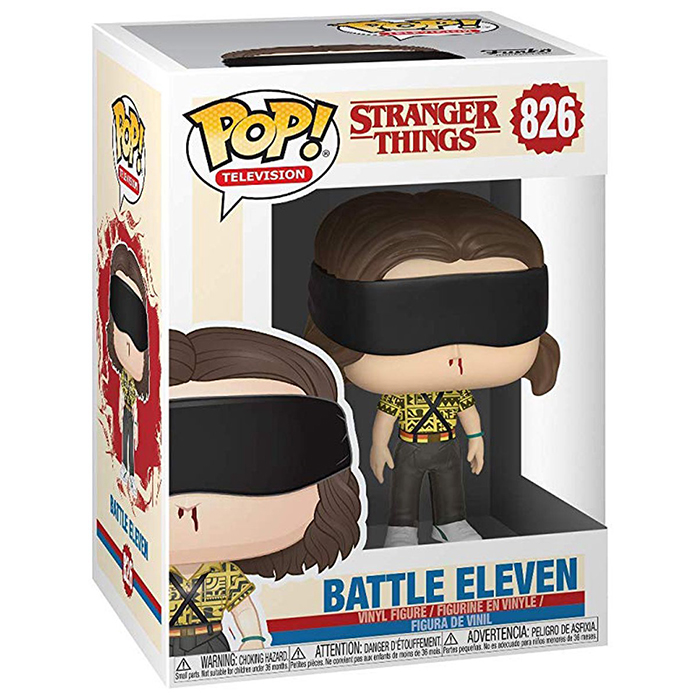