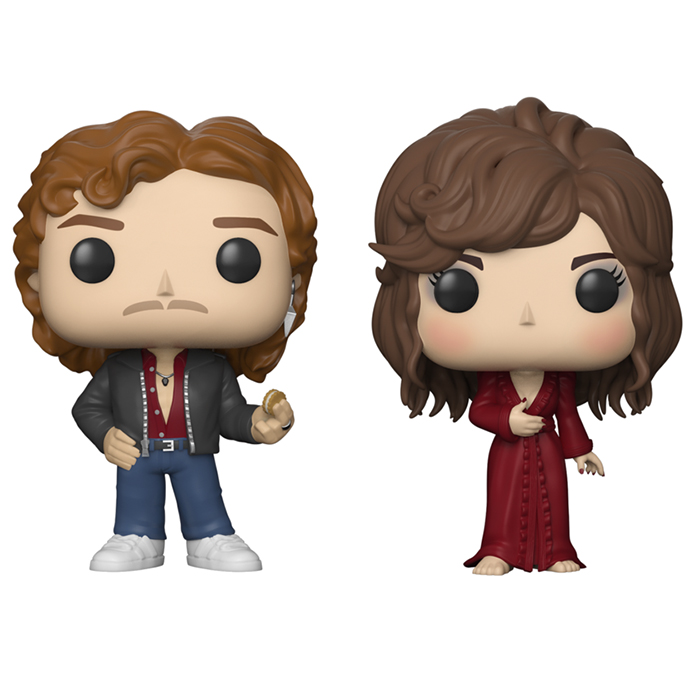 Billy and Karen are two secondary characters in season two of Stranger Things, the famous Netflix series set in the 1980s of which these two characters are two proud representatives. In season two, the small group of teenagers in the town of Hawkins are once again confronted with the Upside Down when a rift reopens and begins to contaminate our world as well as young Will who is still under the influence of this strange parallel world. But beyond these strange events, a new family also arrives in town with its share of secrets and complicated stories. Young Max, a skateboard and video game pro, will quickly become the subject of admiration for Dustin and Lucas, while her older brother by marriage, Billy, will quickly become a nuisance for her and the generation above her, especially Steve, who doesn’t take kindly to her provocations. Karen is Mike’s mother, a typical 80’s housewife who has to deal with a husband who is totally absent and disinterested in his children’s lives. Both will meet in a very particular situation which gives a cult and very funny scene of this second season. 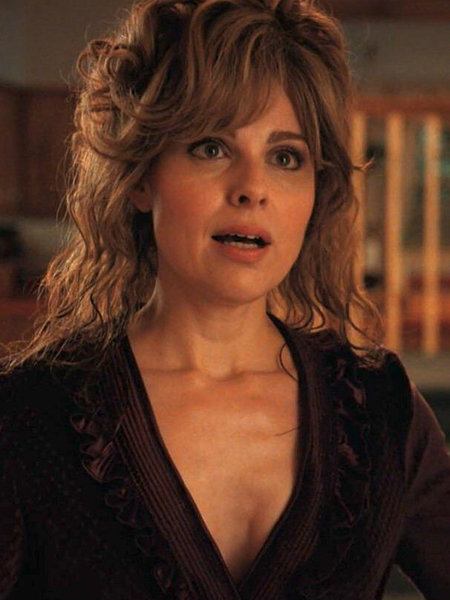 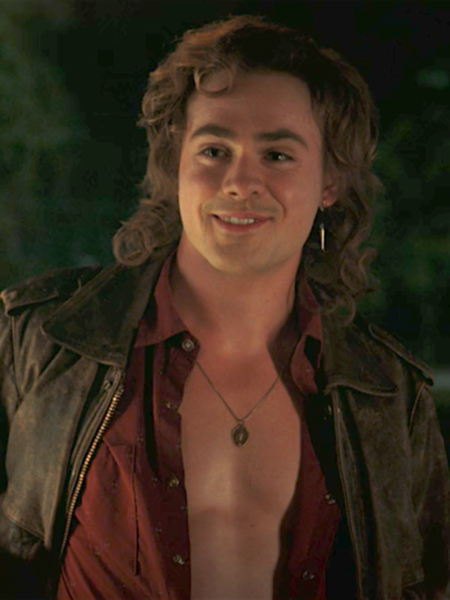 When Max disappears and joins Lucas and the others on their mission to try and help Will, his family sends Billy to look for him at his friends’ house and that’s how he ends up at Mike’s. Karen is the only one at home and she finds herself having to open the door for Billy in her bathrobe after getting out of the bath. So that’s how they are pictured for this SDCC 2018 exclusive 2-pack. Billy is pictured with his blue jeans and perfecto and a burgundy shirt. We also particularly recognize his haircut close to the mullet in fashion at the time. Karen, as for her, wears this long red bathrobe rather sexy and which lets appear a good part of her cleavage. Her hair is slightly curled with a very inflated blow-dry typical of the fashion of the time and she represents another cliché of that time. 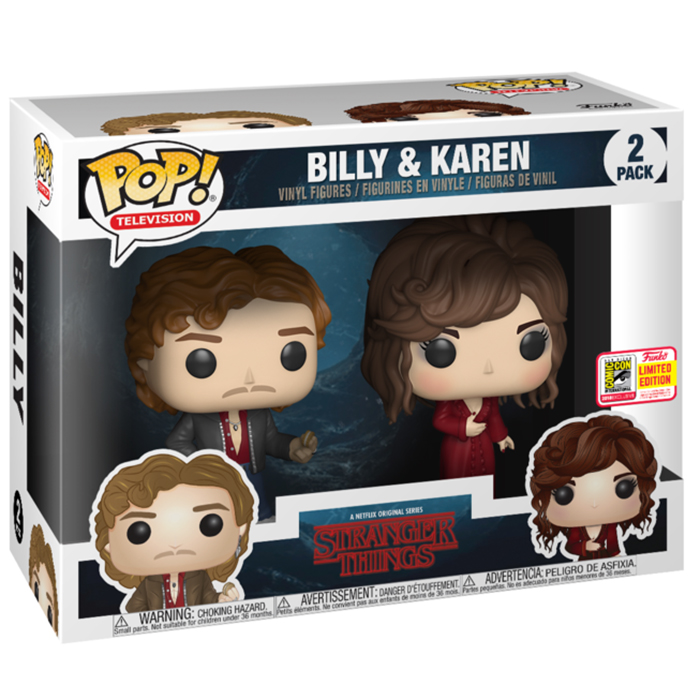