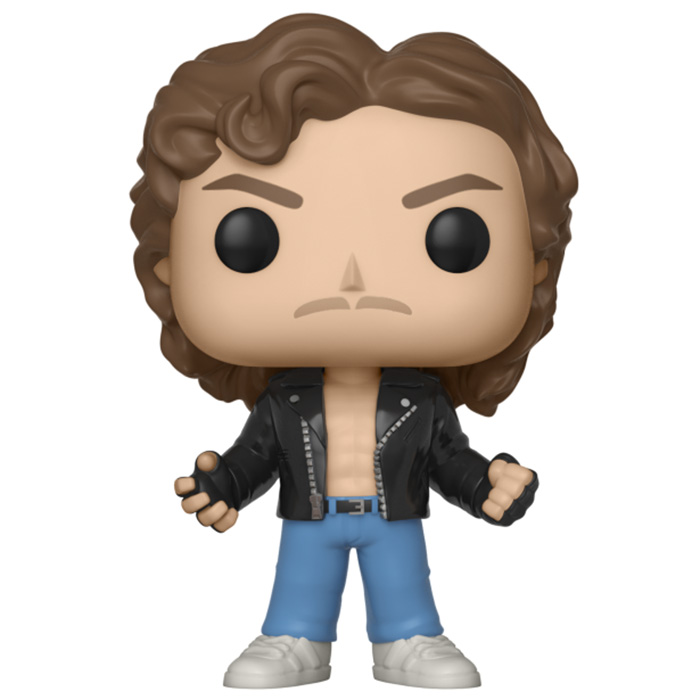 Billy is one of the new characters in season two of the Stranger Things series. Billy is apparently the older brother of Max, the new kid at Hawkins College where the four heroes of the series study. Billy seems to be very angry at his sister all the time and it eventually becomes clear that they are only brother and sister by marriage and that he only seems to resent her because his father married her mother and they came to live in a small town rather than stay in Los Angeles. Billy is in Steve’s class with whom he comes into conflict several times in the series. His role is limited in this season to be the one who makes life complicated for Max but we can imagine that he will become more important in the next seasons. 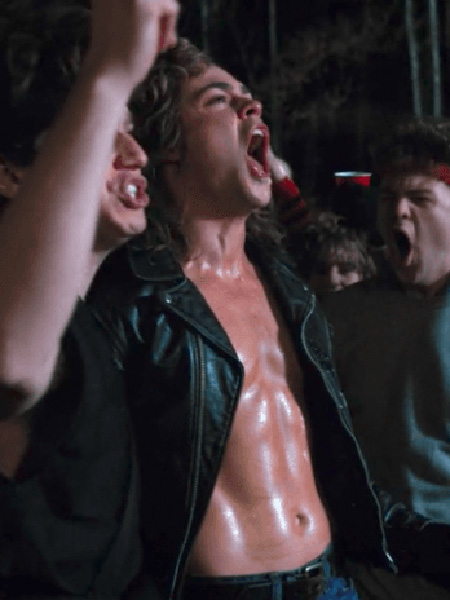 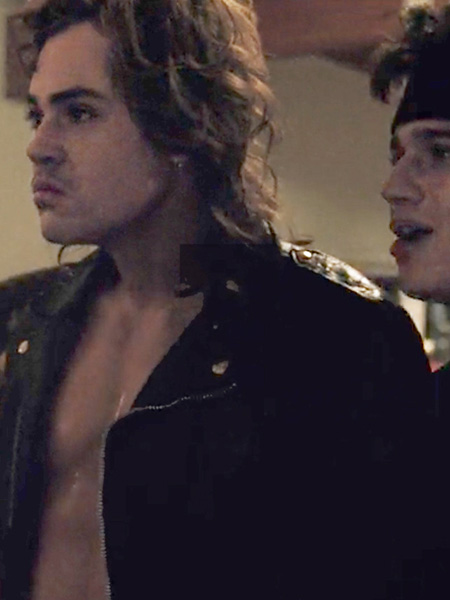 A look in accordance with his personality

Billy is represented here with the outfit he wears for the Halloween party and for which he doesn’t give much trouble since he simply wears blue jeans, white sneakers typical of the time and a black leather perfecto with no underwear. At the level of the head, we find his fine moustache and especially this famous mullet which gives him the look so fashionable for the time and makes him of course a little more ridiculous in the eyes of the televiewers. 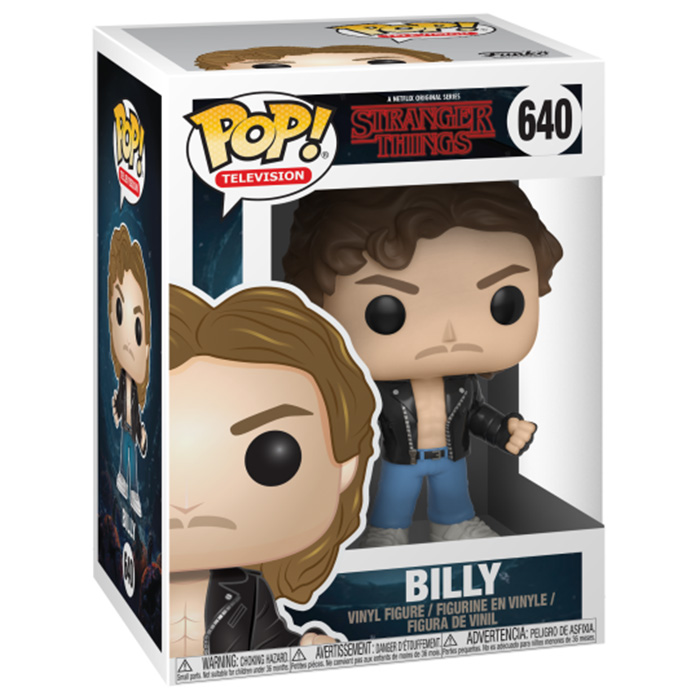