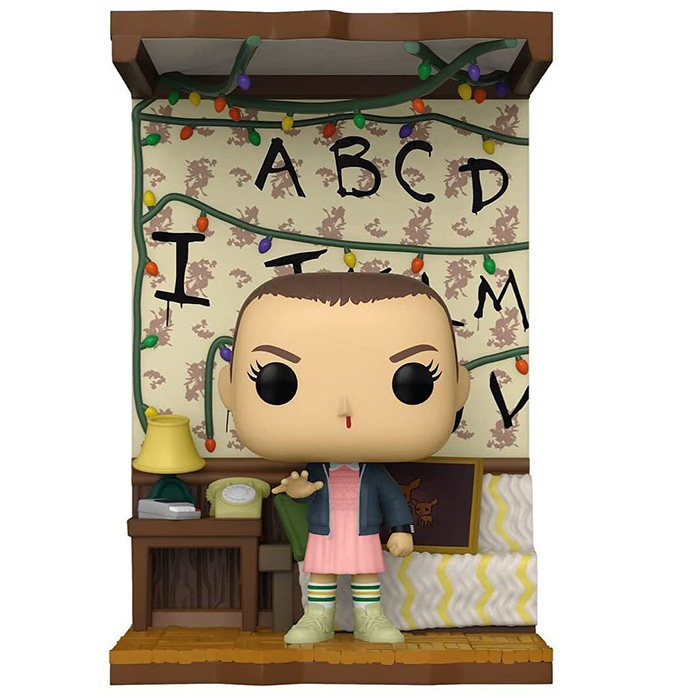 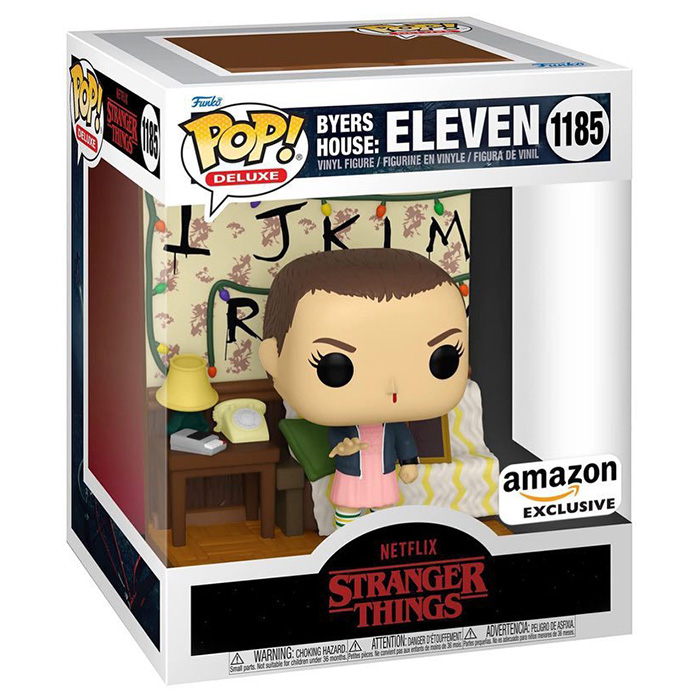 Eleven vs. the Demogorgon

Eleven is an important character in the Stranger Things series. When Mike, Dustin and Lucas go looking for Will in the forest, they come across Eleven who has just escaped from the lab she grew up in. She speaks very little but the boys soon realize there is something strange about her. She has a telekinetic power and we end up understanding that she unintentionally opened the passage to the parallel world where the monster that kidnapped Will comes from. At the end of season one, as Joyce and Hopper go looking for Will, the kids decide to try to capture and kill this monster to help them. 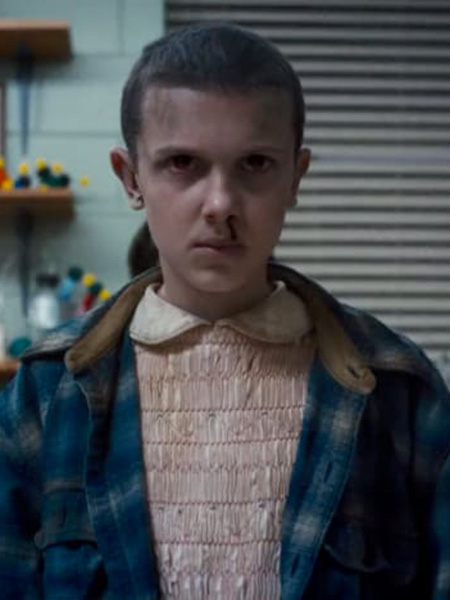 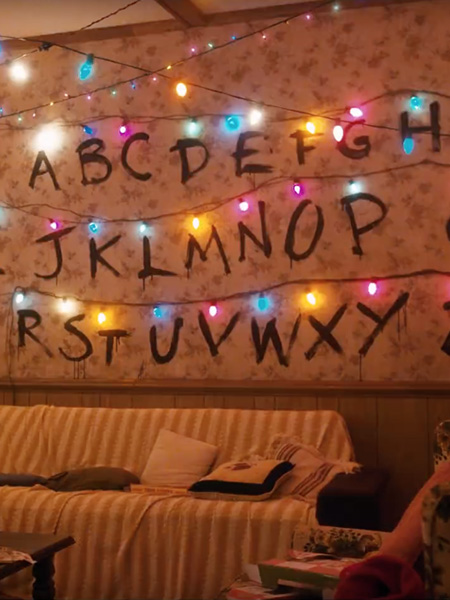 For this Pop Deluxe figure, Funko decided to represent Eleven in the Byers’ house in front of the famous wall where Joyce set up the system with the Christmas lights to communicate with Will. We find the wallpaper with the letters drawn on it and the colored garland. Eleven is wearing the pink dress that Mike borrowed from his sister and she has her hand forward with her nose bleeding, showing that she is using her powers.