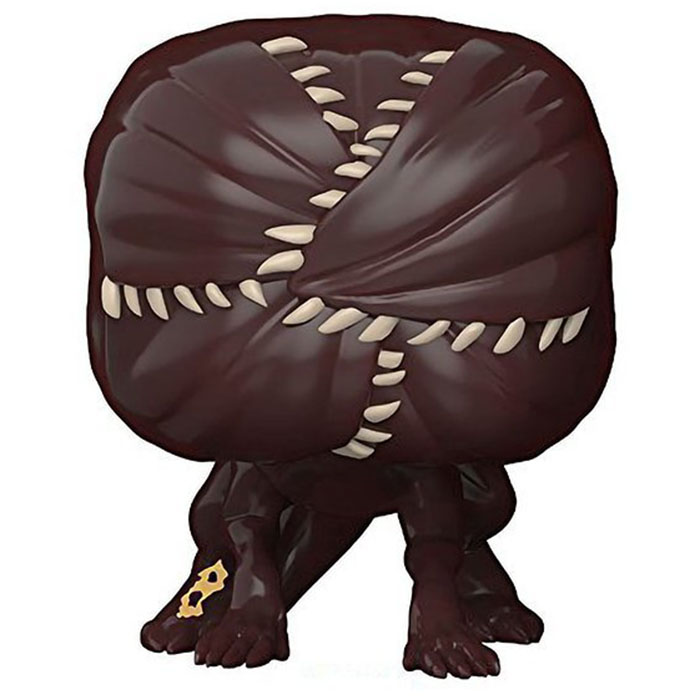 Dart is the strange creature Dustin finds at the beginning of season two of the Stranger Things series set in the 1980s. As the small group of teenagers celebrate Halloween, Dustin finds a strange creature in his trash can on his way home. This one looks like some kind of tadpole or batrachian but when he tries to find it in a science book, he can’t find it and so thinks he has discovered a new species. He becomes attached to the little creature and names it Dart. He feeds and cares for it, but soon it begins to grow and evolve, becoming aggressive, and in a new stage of its evolution, he realizes that it looks awfully like a small version of the Demogorgon, those creatures from the Upside Down. This fits in well with the strange activities going on in the area that seem to be related to the Upside Down, whose passage may not have been closed after all. 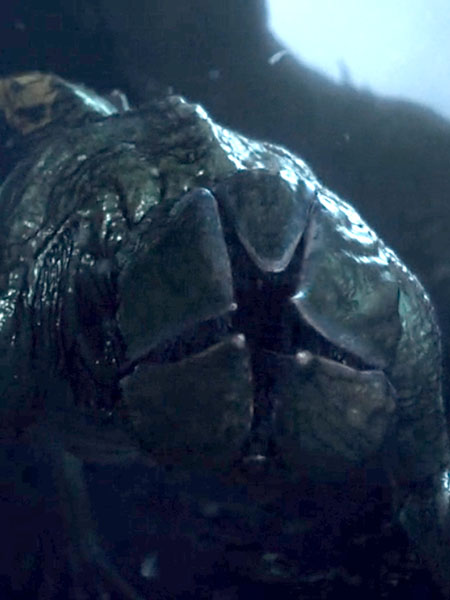 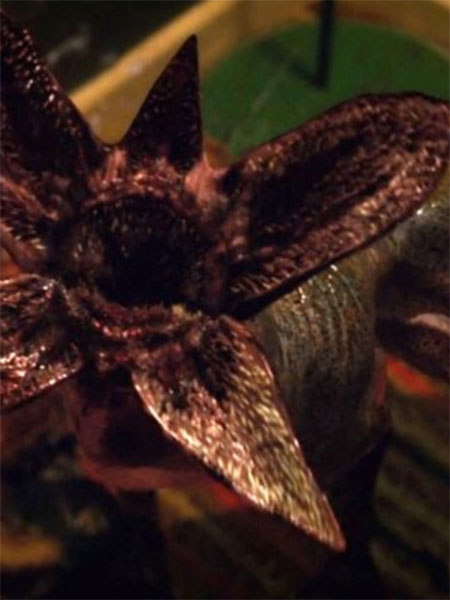 For this chase version of Dart, Funko depicted him with his most evolved appearance where he stands on all fours like a dog and with this strange plant head resembling the Demogorgon. His body is a dark reddish brown with powerful back legs and front legs that almost look like arms. At the head level, its plant head has the “petals folded towards the center but we still find these kinds of white excrescences looking like teeth. 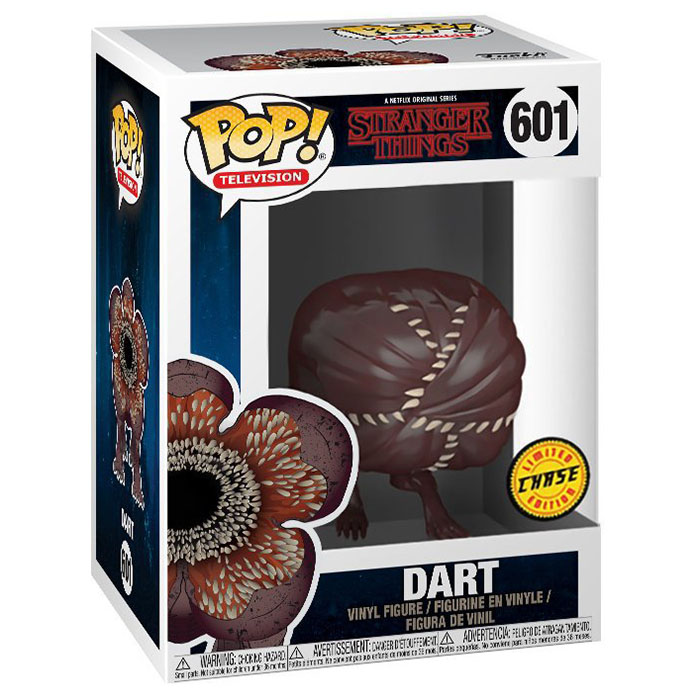