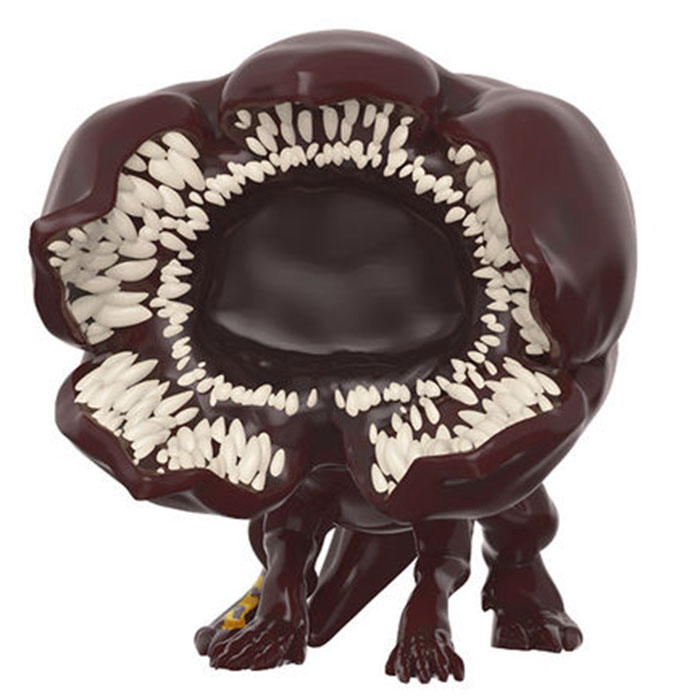 A not so innocent monster

Dart is a strange creature discovered by Dustin in one of the first episodes of season two of Stranger Things, the popular Netflix series set in the 1980s. Back after the Halloween party with his friends, Dustin hears funny noises in his trash can and comes face to face with this funny creature that looks a bit like a tadpole. He decides to show it to the boys and when they realize that it doesn’t look like anything they know, they start to think that maybe it’s from the Upside Down. While the others think it would be safer to get rid of it, Dustin has already grown attached and decides to hide it at home. Only the creature is growing fast and one day he comes home from class to discover, horrified, that the creature has started to eat his cat and that he is seriously starting to look like a young version of the Demogorgon, the terrible creature they had to face a year before. 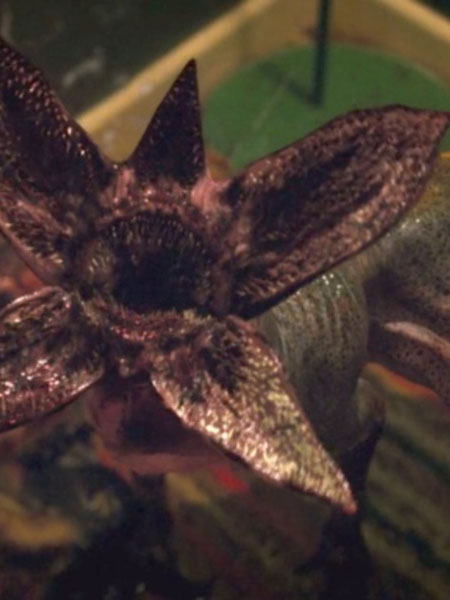 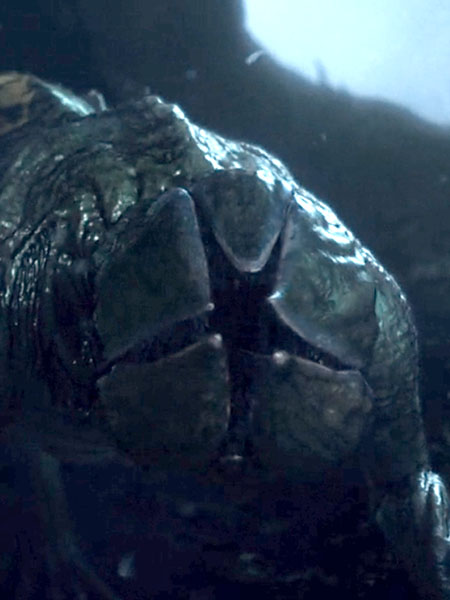 Funko decided this time to represent Dart in his slightly larger version and starting to strongly resemble a Demogorgon. He now has more or less the body of a mammal, moving on all fours but with a smooth and rather shiny brown body devoid of any fur and we can already recognize the powerful back legs he has in adult version. At the level of the head, there is no more doubt that it is a Demogorgon. It has no face but instead something more like a kind of carnivorous plant: petals that can retract and bristle with dozens of small white teeth. 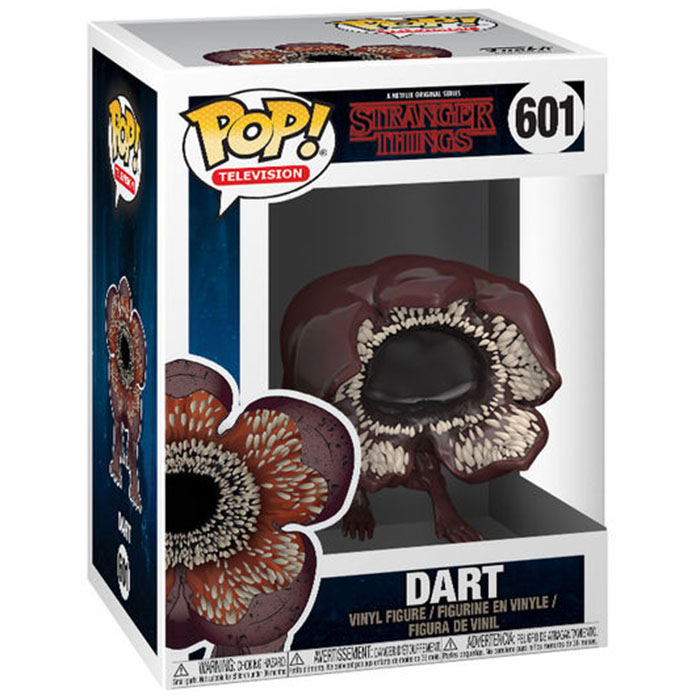