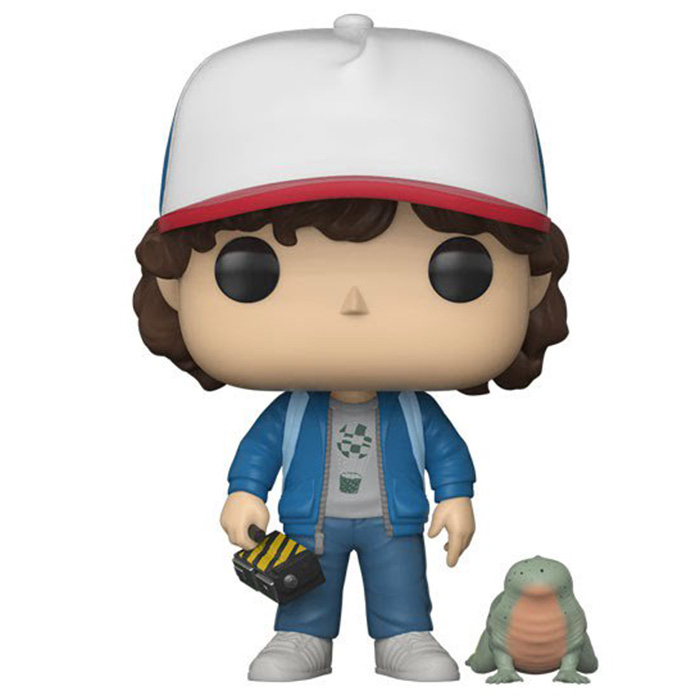 A not so innocent pet

Dustin is one of the main characters in the popular Netflix series Stranger Things set in the US in the early 1980s. In season 2, after helping their friend Will escape from the Upside Down, the friends have returned to almost normal life despite Will’s disturbing hallucinations and Mike’s refusal to completely accept Eleven’s supposed death. When Dustin returns from their Halloween party, he hears strange noises coming from his trash can. He finds a strange tadpole-like animal and decides to adopt it. But soon the animal starts to grow and it definitely doesn’t seem to be from Earth, at least not the one we know. And when Hopper realizes that the Upside Down world has also started to spill over into ours in the basements around Hawkins, they’ll soon have to put everything together to prevent it from spreading further. 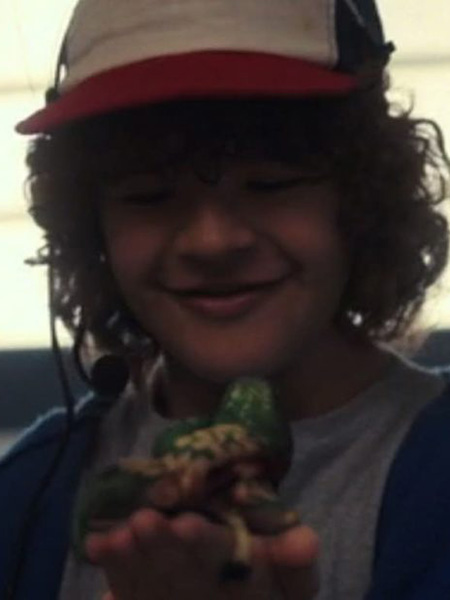 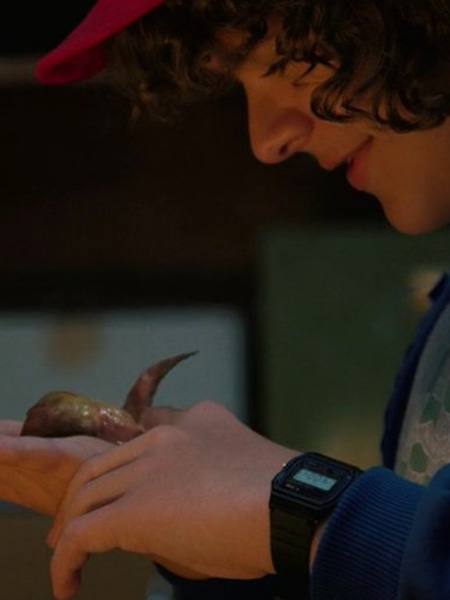 Dustin and the Cute Monster

For this Hot Topic store exclusive, Dustin is shown here wearing one of the typical 80’s outfits he wears during the series: blue jeans with white adidas sneakers, a blue jacket and a backpack. In his right hand, he is holding the small box inspired by Ghostbusters in which he had initially put the strange creature he found and decided to call Dart (short for D’artagnan). On the head, we can see his mass of curly hair and his white and red cap. Finally, he is accompanied by Dart at an early stage of his development. He still looks like a tadpole with just two front legs and no face. 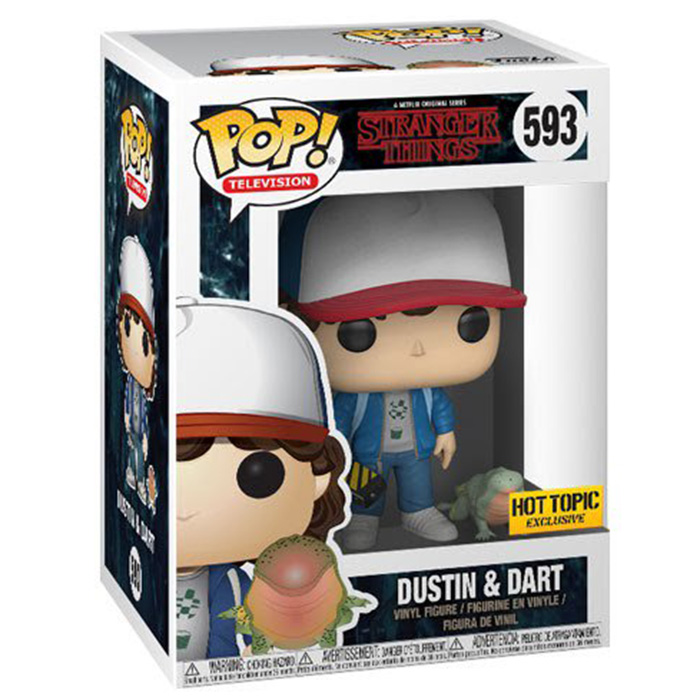