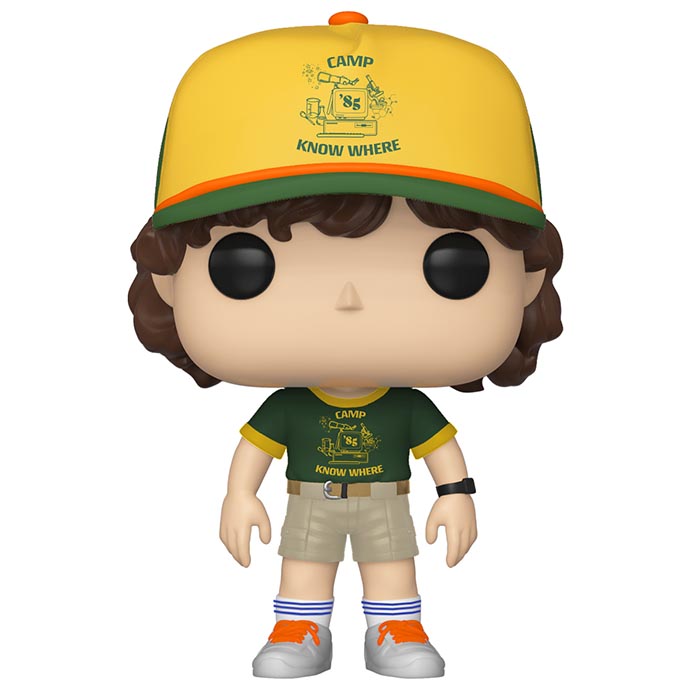 Back for the summer

Dustin is one of the main characters in the fantasy series Stranger Things set in the 1980s. At the beginning of season 1, his friend Will is abducted by a creature from another dimension that sets off all the events of the series. Thanks to Eleven, a young girl who grew up in a lab and developed psychic powers, Dustin, his friends, and Will’s family manage to find Will. In the season, the rift to the parallel dimension is again a problem and the whole gang will once again have to work together to fight this problem. In season three, the gang is reunited almost a year later during summer vacation. Dustin returns from his science and technology themed summer camp and is welcomed back by his friends. His return also coincides with a lot of activity in town, the construction of a mall as well as the installation of a carnival. But just when the friends think they can finally have a quiet summer, it seems that the Upside Down monster never really left town. 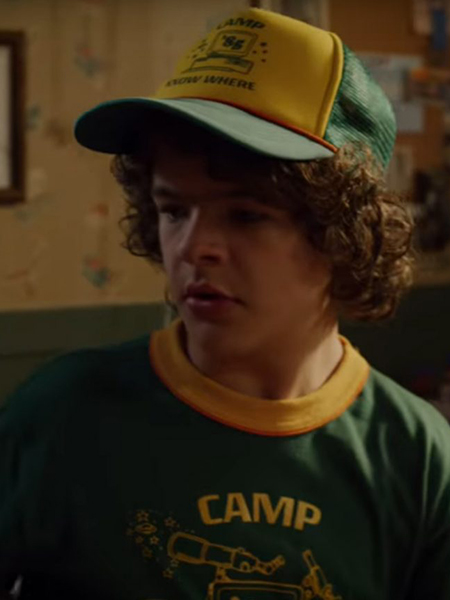 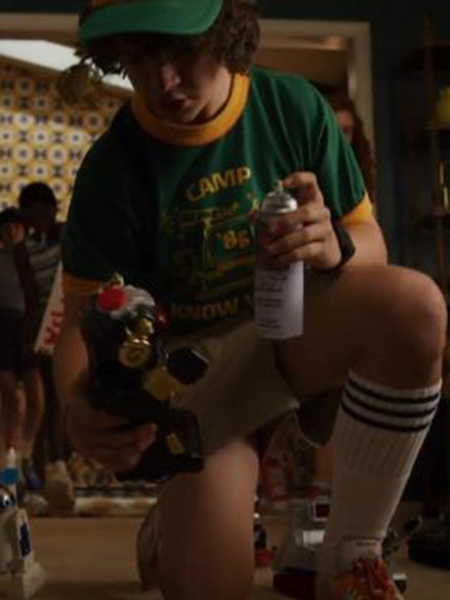 For this new version of Dustin’s character, Funko represented him with the outfit he wears when he comes back from his famous summer camp. He wears beige shorts with white sneakers with fluorescent laces, but above all, he wears the t-shirt and the cap of his camp. Those are green and yellow and we can see the inscription “Camp Know Where ’85” as well as an illustration of a computer, a microscope and other elements related to science. Finally, we find his famous curly brown hair. 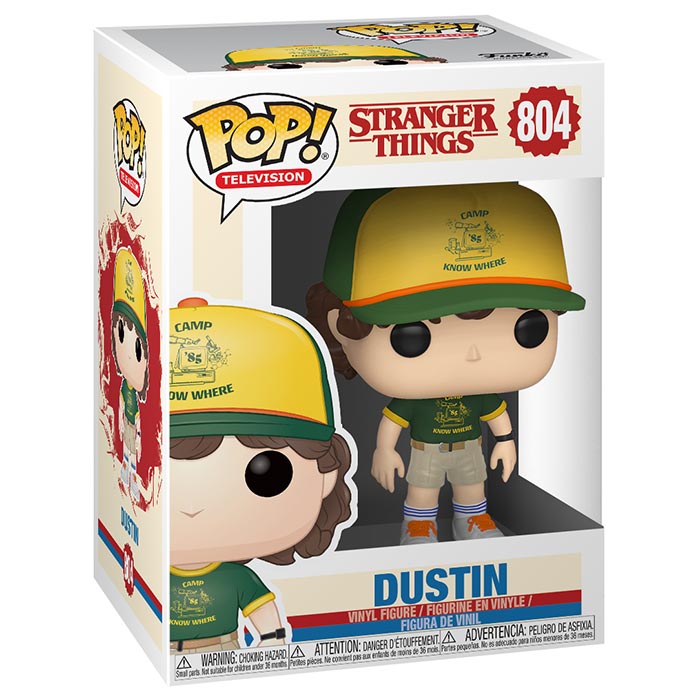