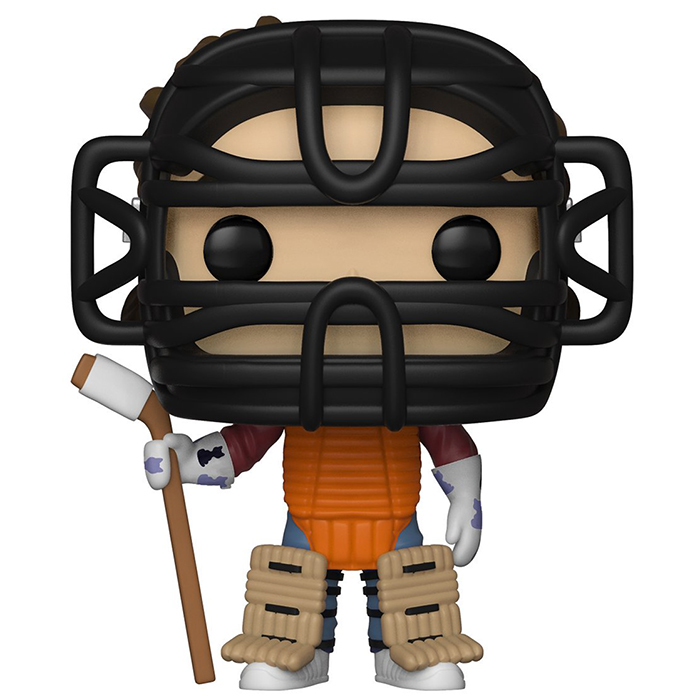 Dustin is one of the main characters in the series Stranger Things. In the season, after successfully saving Will through Eleven’s sacrifice, the group of friends attempt to resume normal life in Hawkins. While returning from the Halloween party, Dustin on a strange animal near the garbage in his house. Not recognizing it, he decides to keep it in order to study it. He finds no trace of the animal in any book and thinks he has discovered a new species until the creature evolves and kills his cat and that’s when Dustin realizes that the creature is in fact very similar to the famous Demogorgon from the Upside Down. He then lures the creature into his basement to lock it up but it manages to escape and Dustin finds himself teaming up with Steve Harrington to try and get it back before it does too much damage. 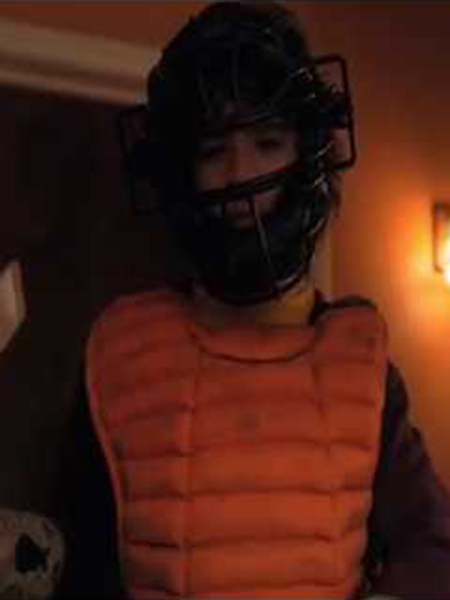 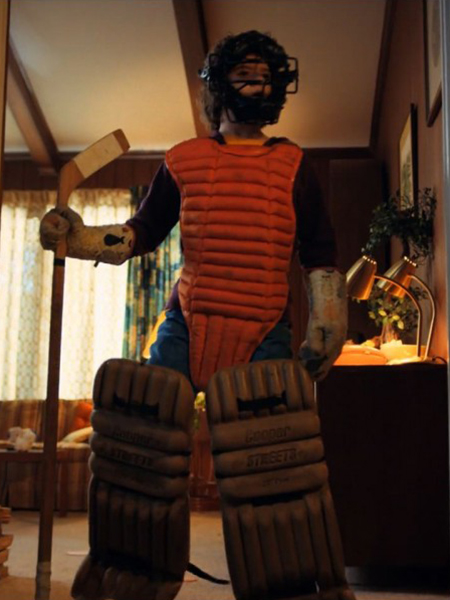 Dustin is shown here wearing the full hockey gear he puts on for protection when he decides to lure the creature into his basement to lock it up. He is wearing jeans, a red sweater and sneakers over which he has put hockey pads. There are shin guards, a chest protector and white cleaning gloves. With that, he also wears a hockey mask/cage that hides most of his face and curly hair and in his right hand, he holds his hockey stick. 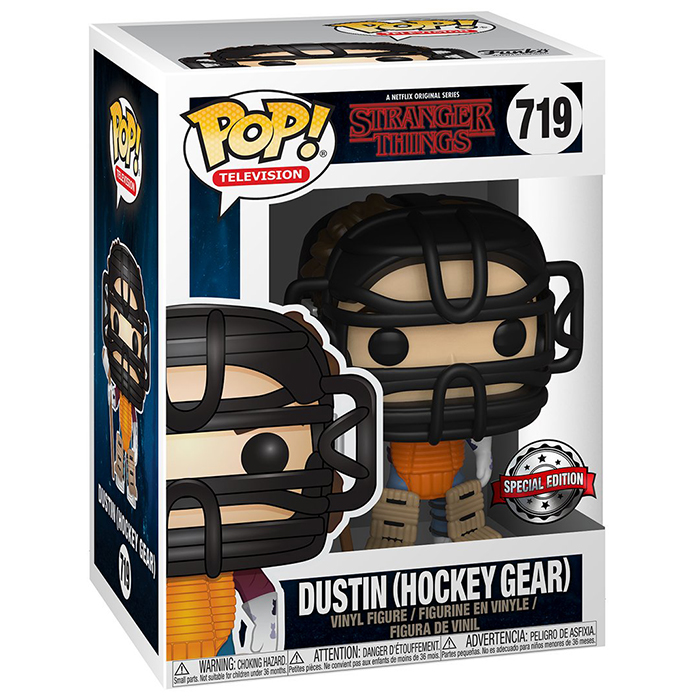