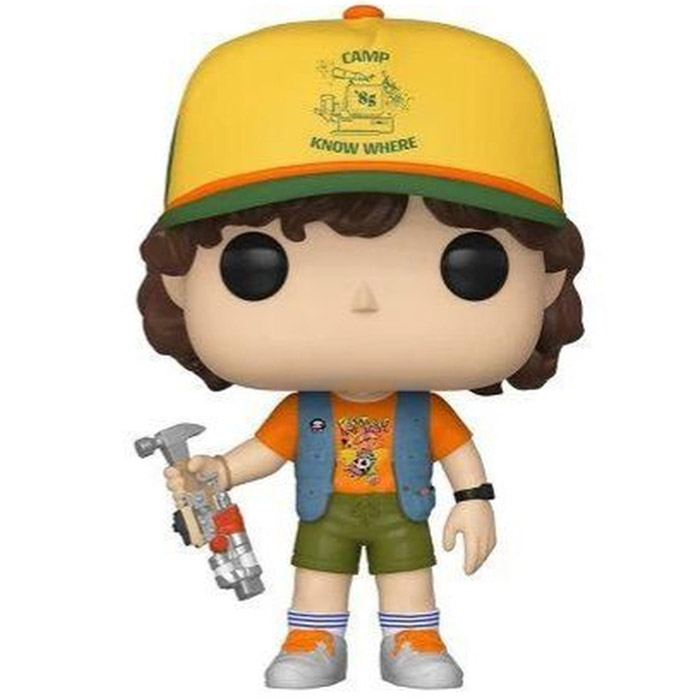 Dustin is one of the main characters in the series Stranger Things. In season three, which takes place in the summer, he has just returned from a summer camp for tech fans. While he can’t wait to tell his friends all about what he did there, he’ll soon realize that his friends now have other interests. So he spends more and more time with Steve, who works at the ice cream shop in the new mall. And when he hears disturbing messages in Russian on the radio he made, he asks for help to try to decipher them. Then Steve’s bored co-worker enters the scene, but she’s particularly good at transcribing sounds, even in a language she doesn’t know. Together, they find themselves in a much bigger story than they could have imagined, a secret Russian army base hidden under the mall and whose goal is of course to reopen the Upside Down to use it for their own benefit. 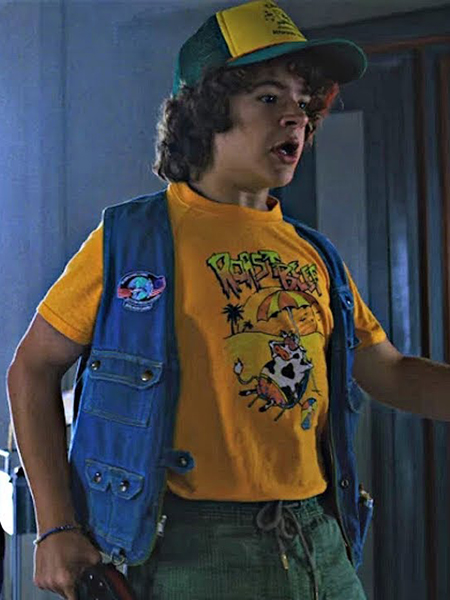 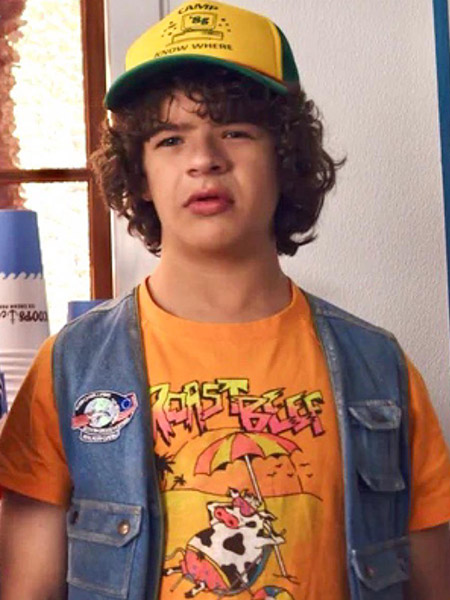 For this exclusive version of Dustin, Funko depicted him during the scenes where he and the others try to get through the ventilation ducts to infiltrate the Russian base. He wears green shorts and an orange t-shirt with a cow and a blue denim sleeveless vest. As was the fashion of the time, he also wears small white sneakers and white socks with blue stripes. He is also wearing the yellow and green cap from his summer camp and his curly brown hair is underneath. Finally, he is holding a hammer and a flashlight in the object he has cobbled together. 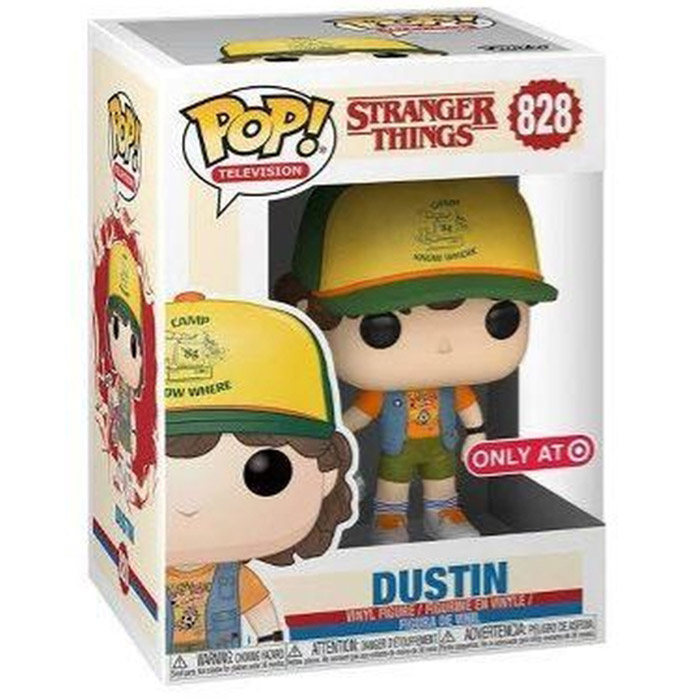