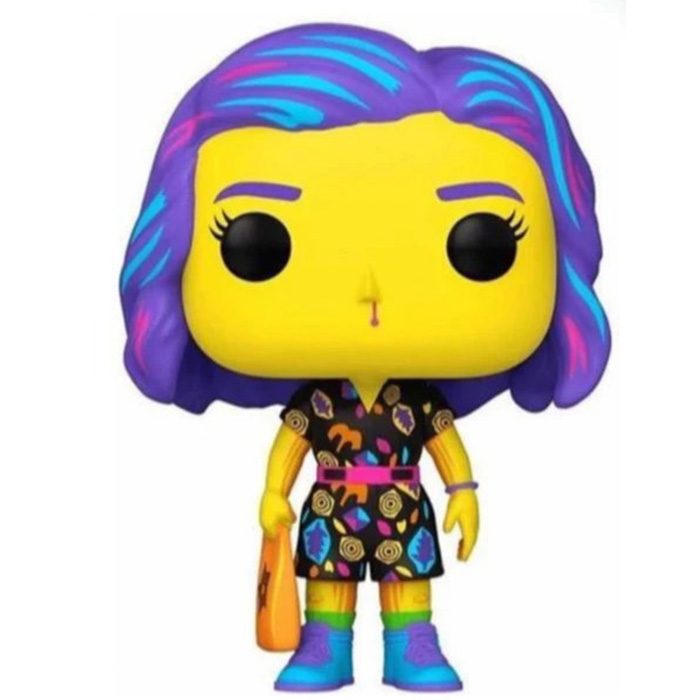 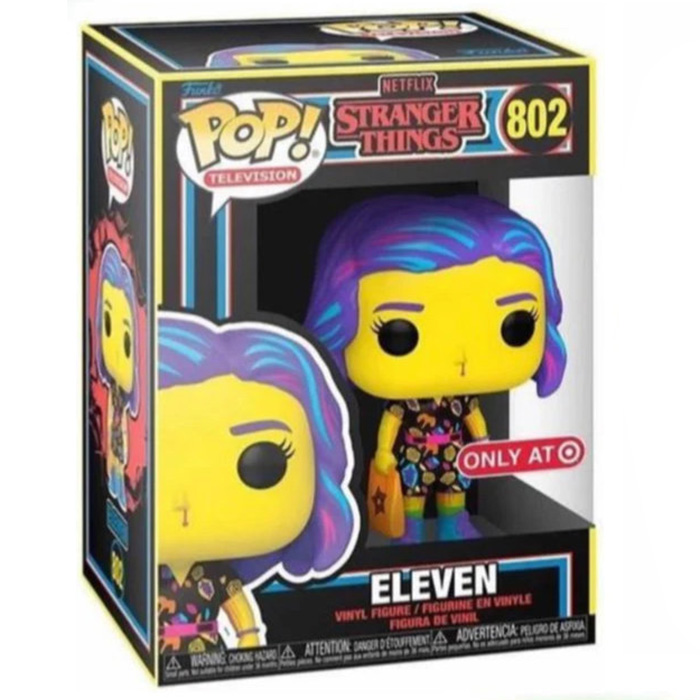 Eleven is one of the main characters in the fantasy series Stranger Things. She is a young girl who was stolen from her mother as a baby to experiment on her in hopes of giving her psychic powers. At the beginning of the series, she manages to escape just after a young boy is kidnapped by a monstrous creature. In the forest, she runs into the boy’s friends who are looking for her and they decide to help her. It turns out that it was Eleven who unintentionally opened the passageway to a parallel dimension with her mind. In season three, Eleven has been adopted by Hopper and is finally living a normal teenage life with her friends during her first summer without having to hide. But with the opening of the new mall, new strange facts arise that will have to push Eleven to use her powers again. 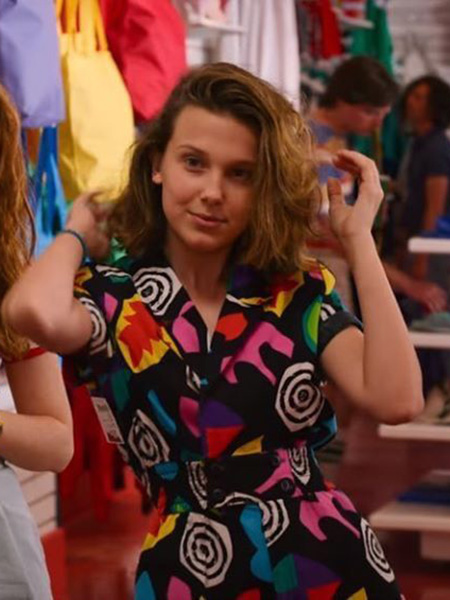 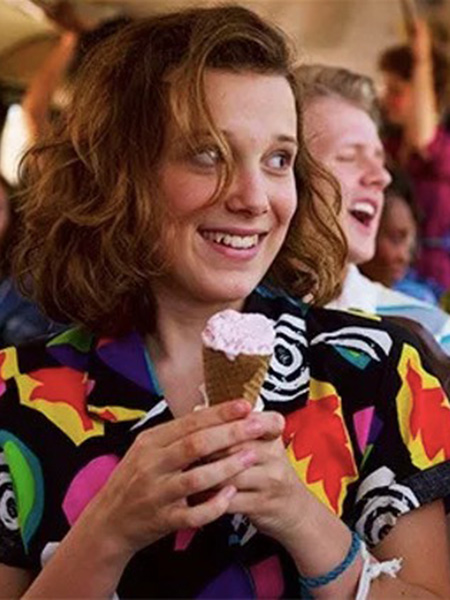 For this new figure, Funko has represented Eleven for its “black light” collection with very bright colors that reveal themselves differently under black light. She is wearing one of the outfits she buys when she goes shopping with Max at the mall. It’s a black jumpsuit with geometric patterns and a pink belt. Her skin is shown in yellow to stand out under the black light and her brown hair is purple with touches of pink and purple. She is holding a shopping bag in her hand and she has a nosebleed, which happens when she overuses her powers.