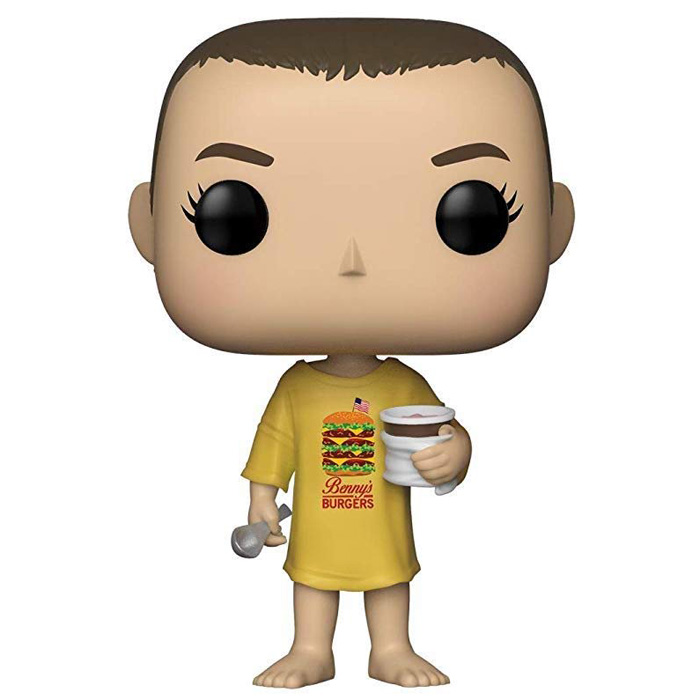 Eleven is one of the main characters in the Netflix series Stranger Things set in the 1980s. At the beginning of this one, the mysterious Eleven escapes from the laboratory she seemed to be trapped in from a young age. On her way, she finds the small diner Bob’s Burger and enters the kitchen in search of food. The owner stumbles upon her and tries to find out who she is. He gives her food and a t-shirt so she can put on something other than her lab coat. Unfortunately when he opens the door to the person he thinks is from social services, it’s actually a person from the labs who kills him. Eleven then has to run away again. 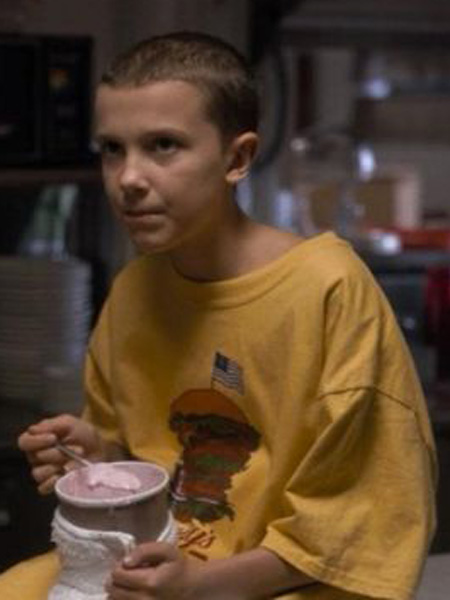 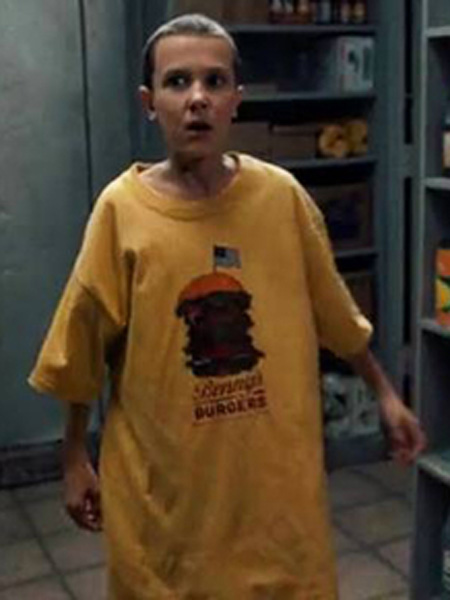 So here Funko has depicted Eleven with the yellow t-shirt that Bob gives her. This one is very long for her and on it, we can see the drawing of a very big hamburger. In his left hand, he holds a big ice cream box and in the other, he holds a big spoon. On the head, Funko has well represented his hair cut very short, almost shaved. 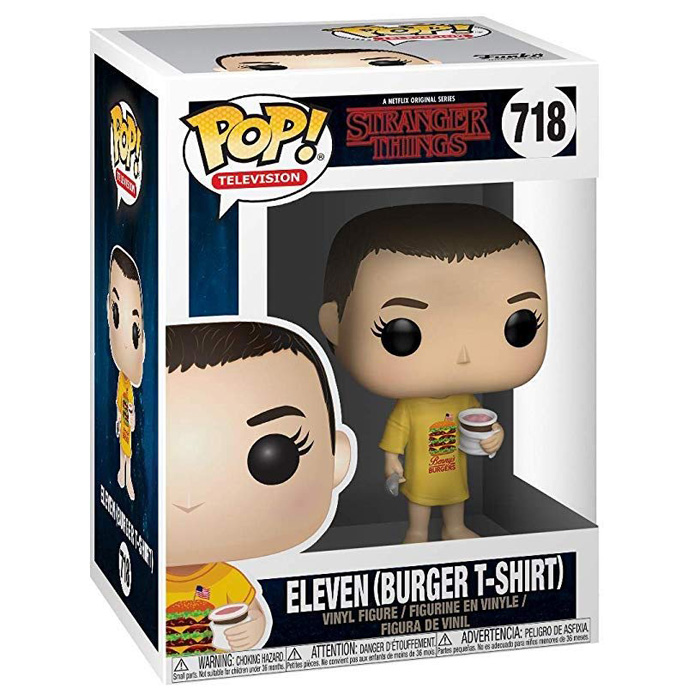