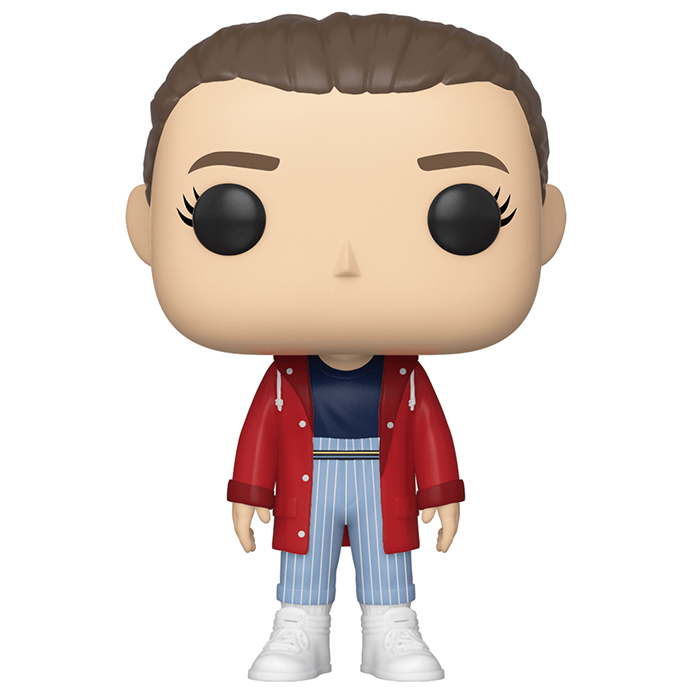 Eleven is one of the heroines of the famous fantasy series Stranger Things set in the United States in the mid-1980s. In season three, the “groups” are re-mixed a bit and enriched with new characters like Robin and Erica who will join Steve and Dustin in their part of the story. At the beginning of the season, Eleven is happy to finally have an almost normal life and to spend most of her summer with her friends but especially her boyfriend Mike. But when he starts acting weird because of Hopper who is sick of him spending all his time with his daughter, she finds herself spending a lot more time with Max. She will initiate her to ordinary teenage pleasures like shopping or magazines but they will also have fun using Eleven’s powers to go and spy on their relatives. And that’s how she will realize that something is wrong with Billy, Max’s half-brother. 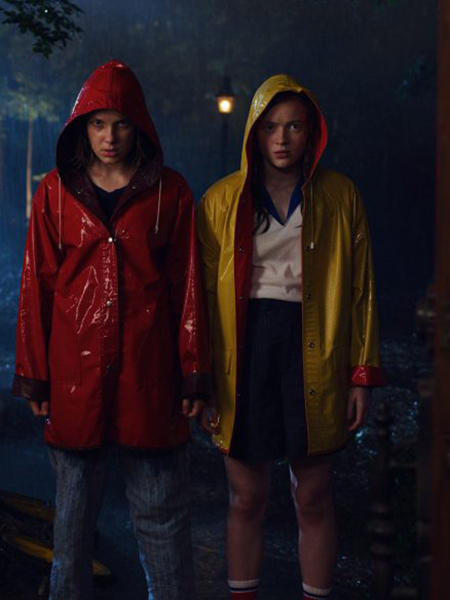 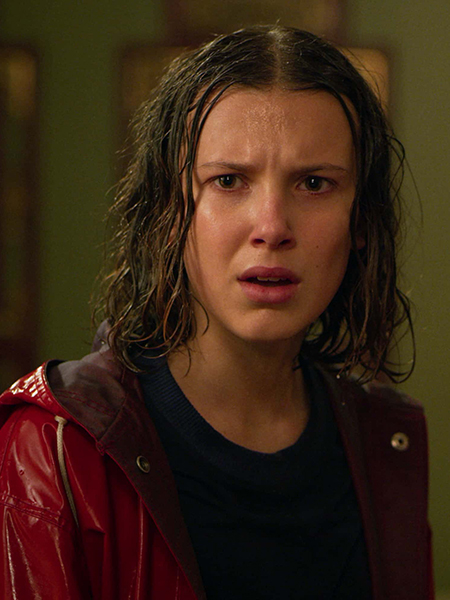 Eleven is shown here wearing the outfit she wears when she and Max go looking for Billy who is not at his pool job as he should be. She is wearing a pair of short jeans with white stripes and a very high waist. With these, she wears her usual white sneakers that are a little high. She also wears a dark blue t-shirt and a red raincoat with an open hood. Finally, her hair is pulled back and plastered on her head by the rain. 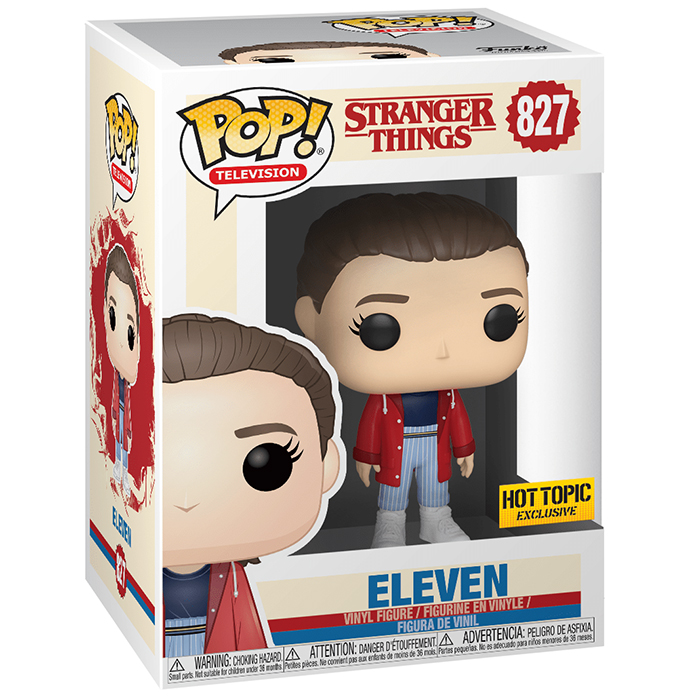