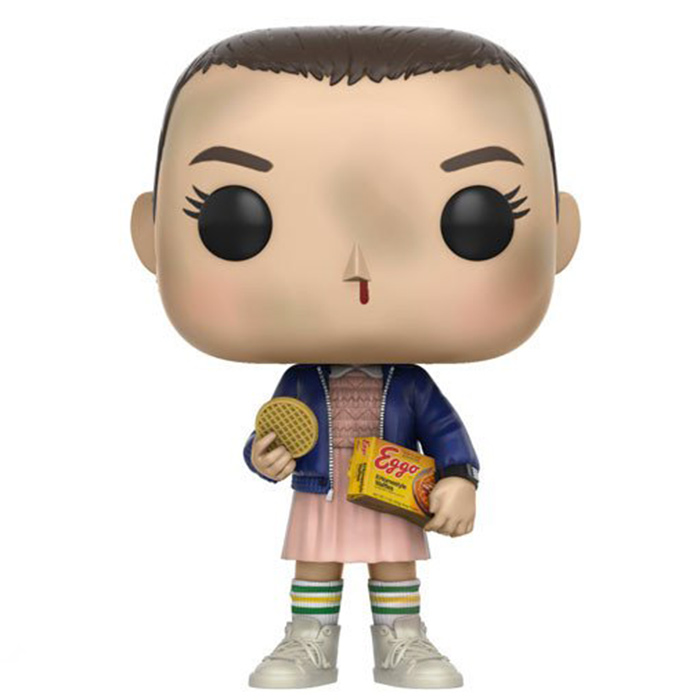 eleven is one of the main characters in the series Stranger Things. Released on Netflix in the summer of 2016, Stranger Things is set in the early 1980s in the United States. This fantasy series is not unlike some of Stephen King’s adaptations featuring mostly children such as “It” or “Stand by Me”. At the beginning of the story, in a deserted laboratory, a scientist is pursued and apparently kidnapped and/or killed by a mysterious creature. Some time later, a young boy passes by this laboratory while coming back from a dungeons and dragons game with his friends and meets this creature. It chases him to his deserted house and kidnaps him. The local police, his mother and his friends start looking for him. Then they come across a young girl with a shaved head who does not speak. She is frightened and they decide to hide her in the basement of one of the boys. When she finally speaks, they understand that her name is Eleven and that she escaped from the famous laboratory where she was apparently studied for her psychic abilities. 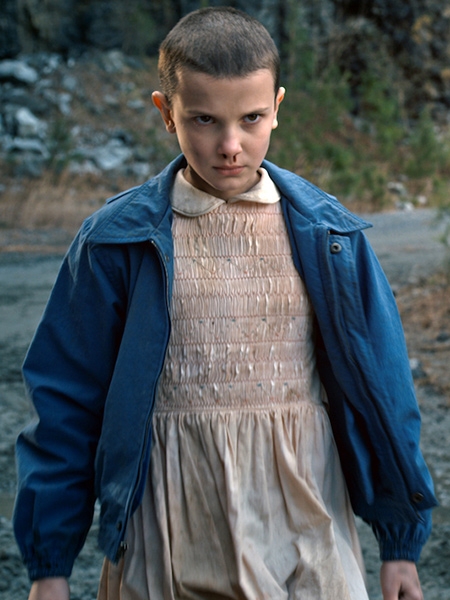 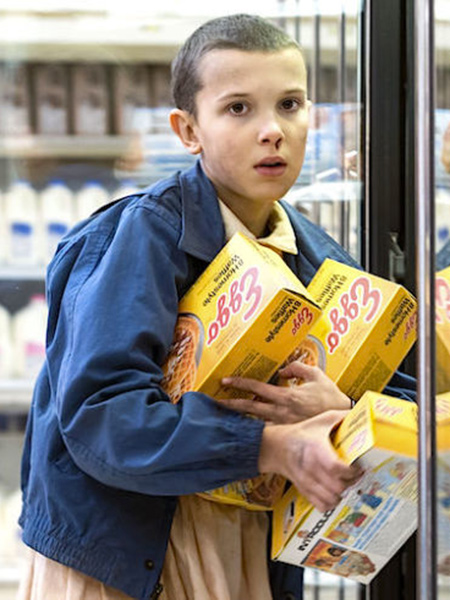 When the boys meet Eleven, they start by hiding her in the basement but when they realize that she could help them find their missing friend, she has to get out of the basement and for that, Mike is going to lend her some old clothes belonging to her older sister. She is thus represented here with this outfit: a very wise pink dress and typically 80’s worn with small white sneakers and striped high socks. Over that, she wears a blue jacket with a zip and all the details of these clothes are very nicely represented. On the head, her face is dirty as it often is in the series and we can see that her nose bled, as it is always the case when she uses her powers. We also find her hair cut very short almost shaved and finally, she holds in her hands a box of the famous Eggos, these waffles that she likes so much. 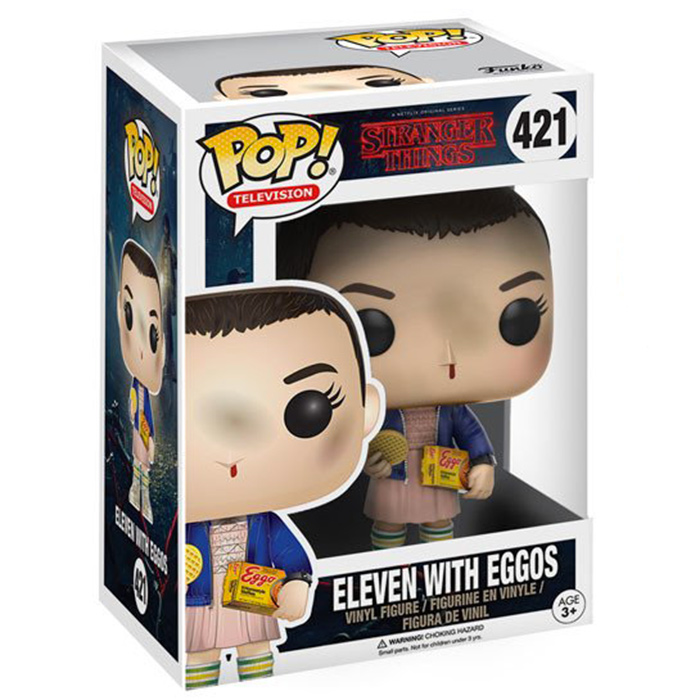