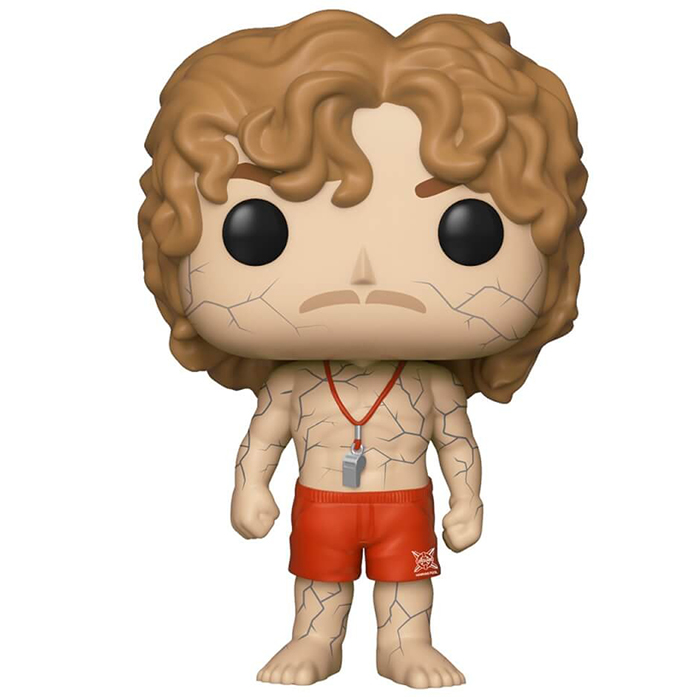 Billy is one of the very important characters in season three of the fantasy series Stranger Things set in 1980s America. Appearing in season two, he is a half-brother to Max, the newest member of the gang. Billy is particularly hateful and very mean to his sister, whom he seems to blame for her parents’ divorce. In season three, he works at the pool during the summer but while on his way to a date one night, he gets into a car accident. While looking for help, he ends up near a disused warehouse and gets captured by a creature very clearly from the Upside Down. Like Will in season two, the creature will gradually take control of his body in order to infect more and more people who will transform to become part of this huge monster whose goal is to find Eleven and eliminate him. 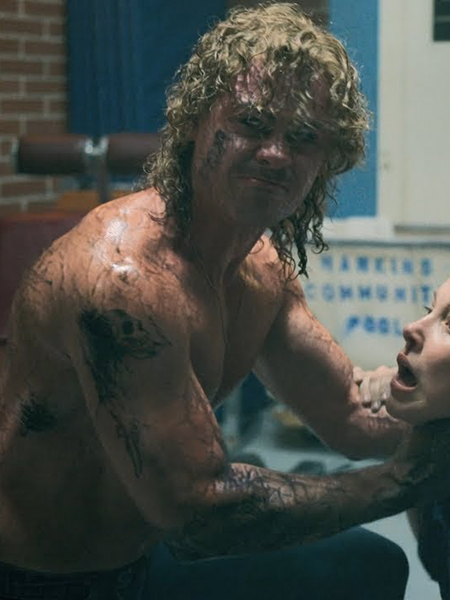 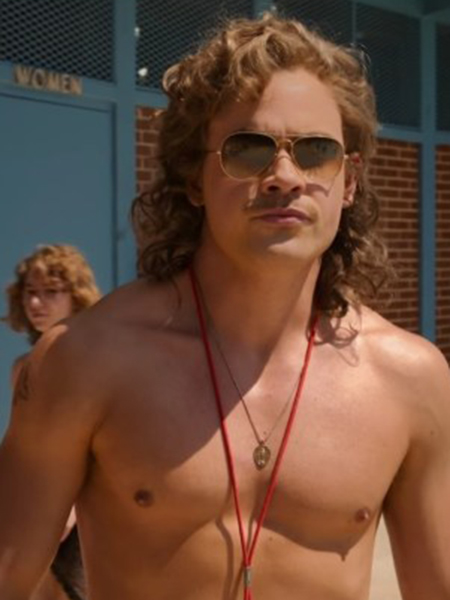 Billy is shown here when the group of friends lock him in the sauna and try to get the monster out of him. So he wears the simple red swim shorts of his lifeguard uniform with his whistle around his neck. In typical 80’s fashion, he wears a sort of small moustache and his hair is half-long and curly with bangs. Finally, his body is covered with black veins representing the presence of the Upside Down monster inside him. 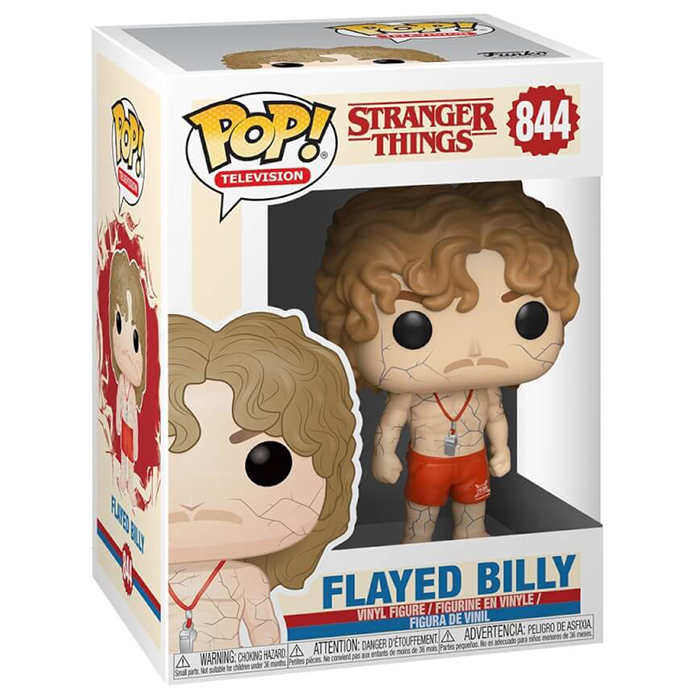