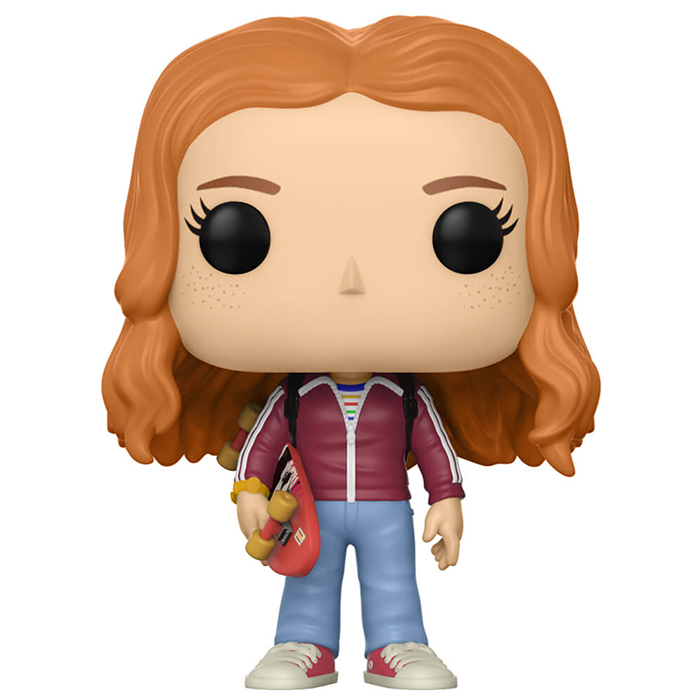 Max is one of the new characters on the Netflix fantasy series Stranger Things. A year after the events of the first season, life has returned to almost normal except for the fact that Will has more and more episodes where he seems to find himself in the Upside Down and Mike has never fully accepted Eleven’s disappearance and supposed death. Max is a new student arriving from California and finding herself in the boys’ class. Dustin and Lucas soon discover that she is the one who beat their score at the arcade. From then on, they will try to include her in their group against Mike’s will who has the impression that they want to replace Eleven. Max finally joins the group even though she has a hard time understanding what is going on and the secrets they are keeping from her. Max also has her own secrets with the complicated relationships between her and her blended family members. 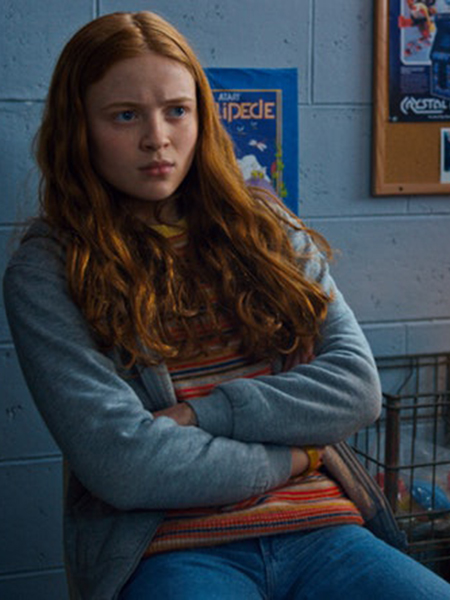 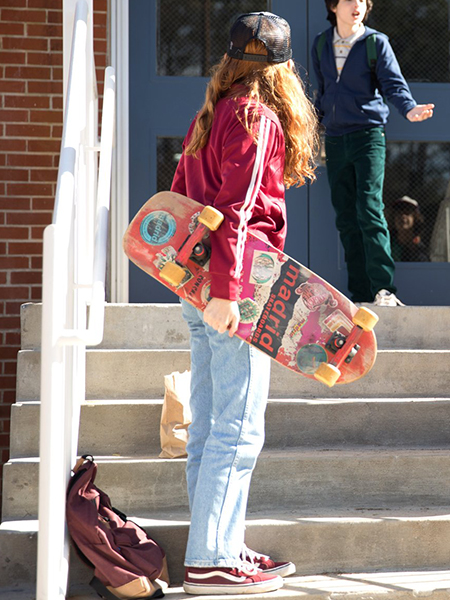 Hailing from California, Max is a bit of a departure from her small-town Indiana peers. Being a skateboarding enthusiast, Max is dressed accordingly with her blue jeans, her red and white sneakers and her matching sweater. Logically, she is represented here with her red skateboard with yellow wheels. On the head, we can recognize her long red hair and the freckles on her cheeks. 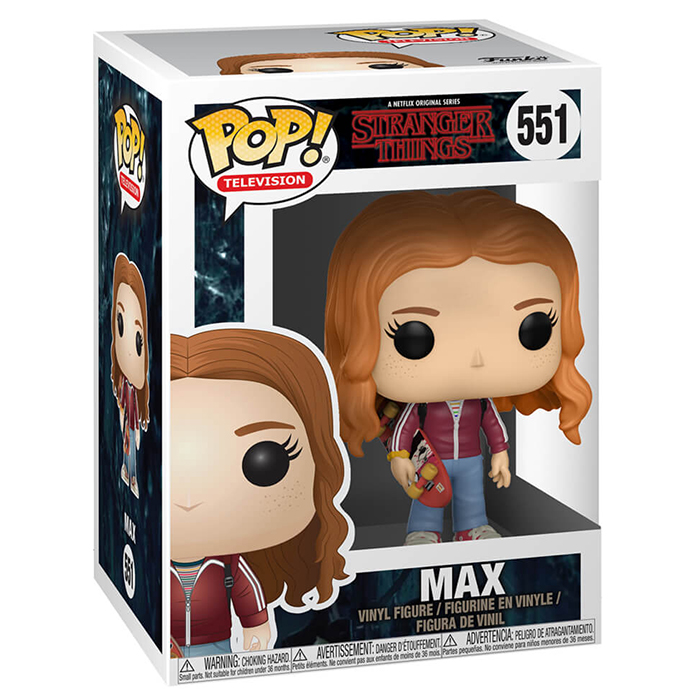