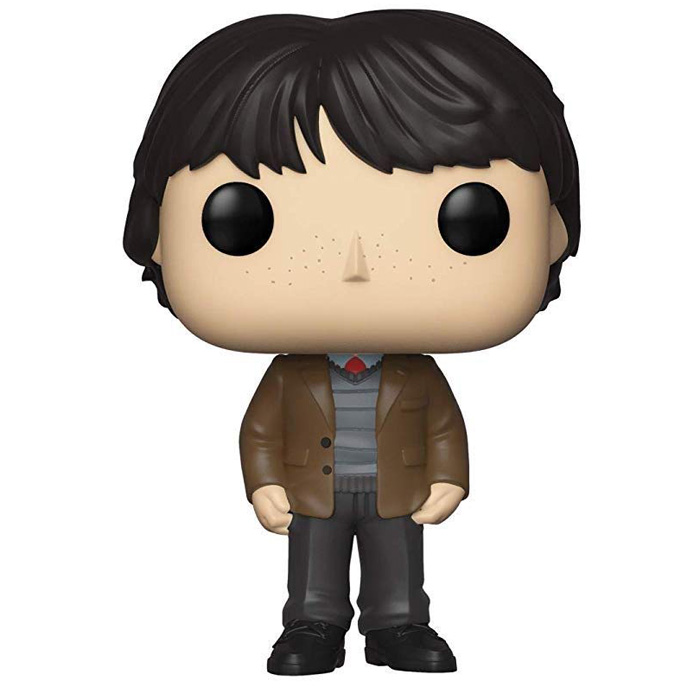 Mike is one of the central characters in the fantasy series Stranger Things. In the first season, he and his friends investigate to find their friend Will, who has been kidnapped by a terrifying creature and taken to a parallel dimension. During their investigation, they meet Eleven, a strange young girl with telekinetic powers. At the end of the season, she disappears while fighting the monster and Mike thinks she is dead. In the second season, Mike has trouble recovering but Eleven is not actually dead, but hidden away so that the dangerous people in the lab won’t find her. In the end of the season, they finally get together and they go to the Snowball Dance together. 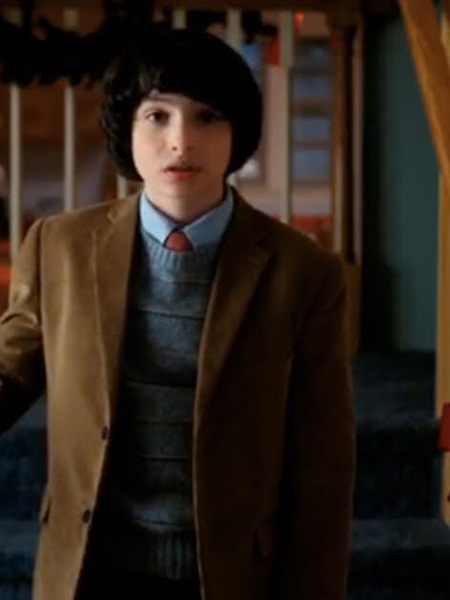 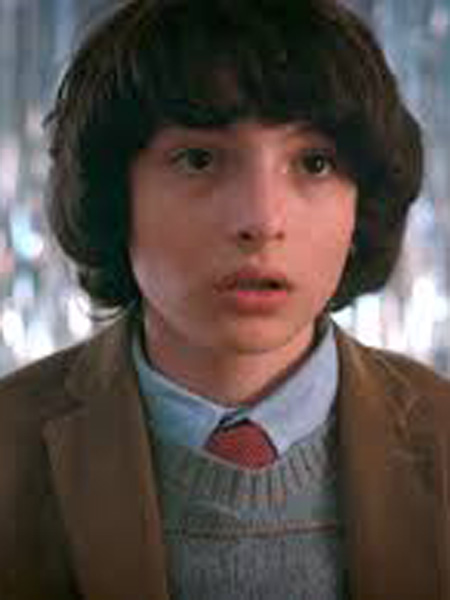 So here Funko has depicted Mike in his Snowball Dance outfit. He wears grey trousers with black shoes and on top he wears a red tie and a small grey waistcoat, very fashionable in the 80s. On top, he is wearing a brown jacket. On the head, we can see his freckles and his hair cut with a black fringe. 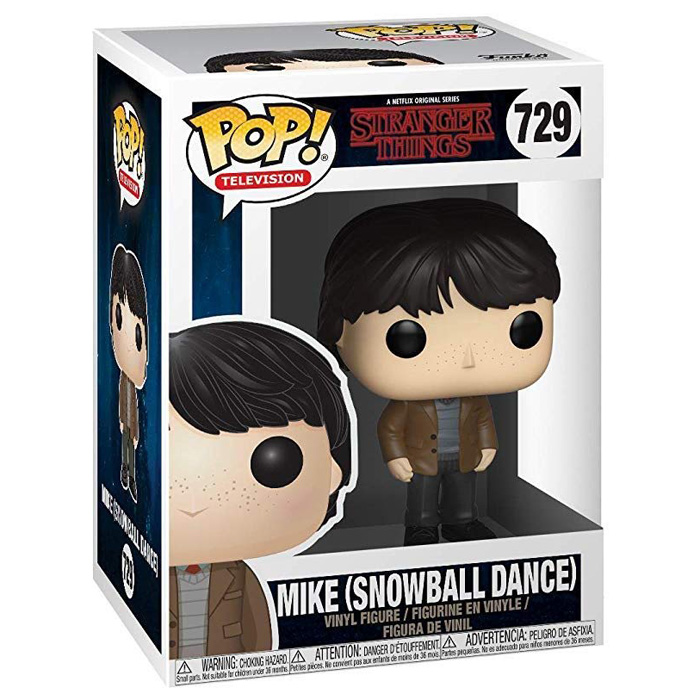