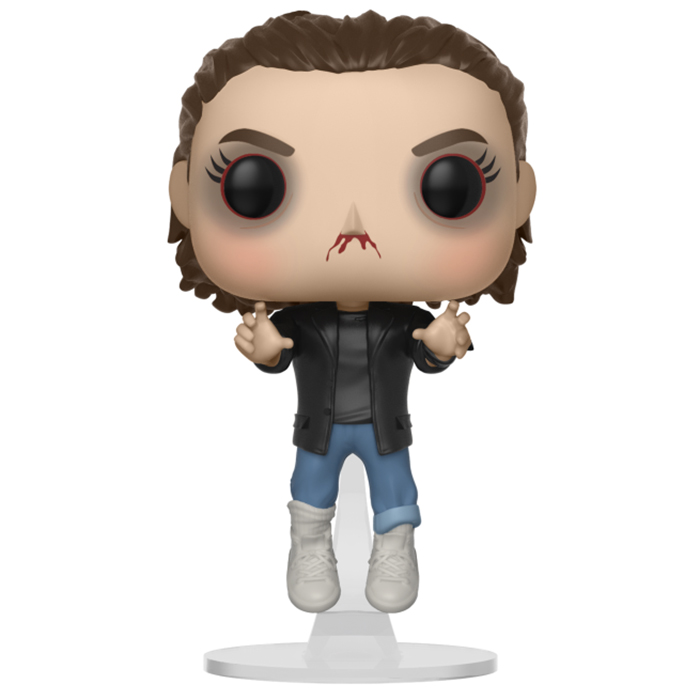 Eleven is the mysterious teenage girl escaping from Hawkins Labs at the beginning of Stranger Things, the netflix series set in the United States in the 1980s. We find out that it was her psychic powers that opened a passageway to another dimension in which live terrible creatures, named Demogorgon by the group of boy heroes in the series. It was one of these creatures that kidnapped young Will, setting off the events of the series. In season two, Will was rescued and Eleven was believed dead after she disappeared during a fight with a Demogorgon. She actually reappeared later and it was Hopper, the police chief, who took her in and hid her knowing that the dangerous men who had experimented on her are still looking for her. We soon discover during the season that an important passage is still open to this other dimension: the upside down. As Eleven goes in search of her past, she will also discover that her powers are even stronger than she thought and she will once again be the key to saving everyone. 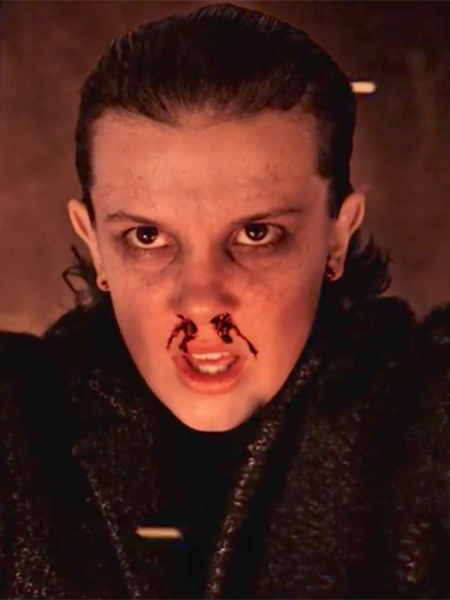 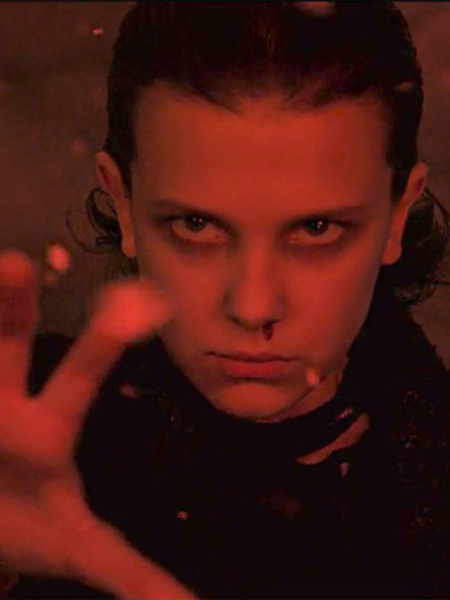 When she meets her sister, another young woman who was being experimented on, she joins her group for a while and gets new clothes. We find her blue jeans rolled up with small white sneakers, a grey t-shirt as well as a black jacket a little too large, also with rolled up sleeves. On the head, we can see her curly hair styled backwards as well as the black make-up around her eyes. But above all she has a bleeding nose and her eyes are red, a sign that she is using her powers. And indeed, she is shown in one of the last scenes of season 2 when she uses her powers to close the rift between dimensions and finds herself levitating slightly. 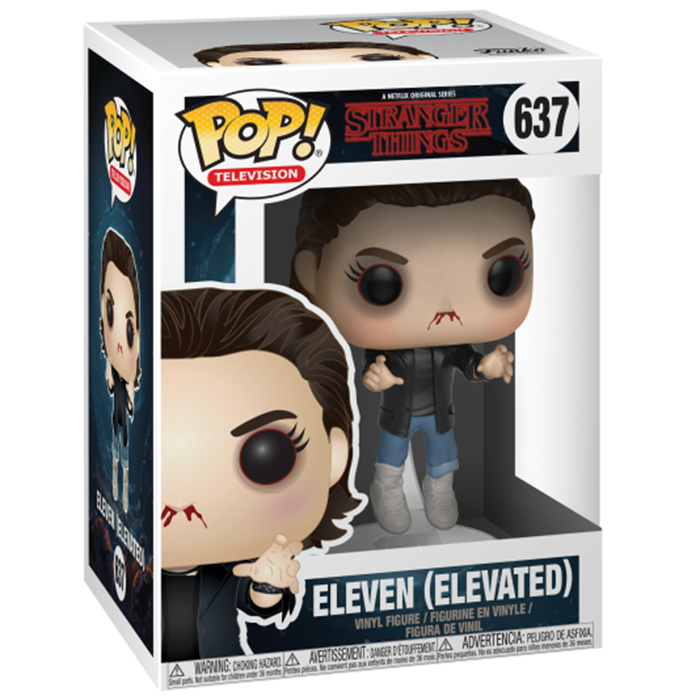