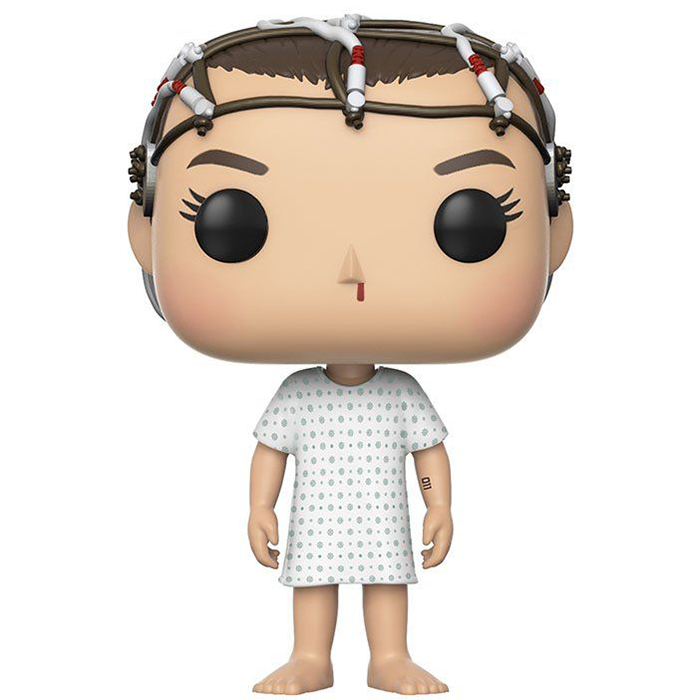 Eleven is one of the main characters in the series Stranger Things set in a small American town in the early 1980s. At the beginning of the first episode, a scientist is seen running through the halls of a research lab, only to be overtaken by a terrifying creature. Soon after, a young boy is abducted by the same creature in the vicinity of the lab. As his friends decide to investigate his death by retracing his steps, they come across a young girl with a shaved head who seems to have escaped from the lab. Since she seems to be afraid of adults, they decide to hide her in the basement of Mike, one of the three boys. During flashbacks, we learn that Eleven (nicknamed like this because of her tattoo on her arm) underwent experiments in this laboratory with the aim of developing the capacities of her brain and we are going to realize that these are directly related to the creature and the disappearance of the friend of the three boys. 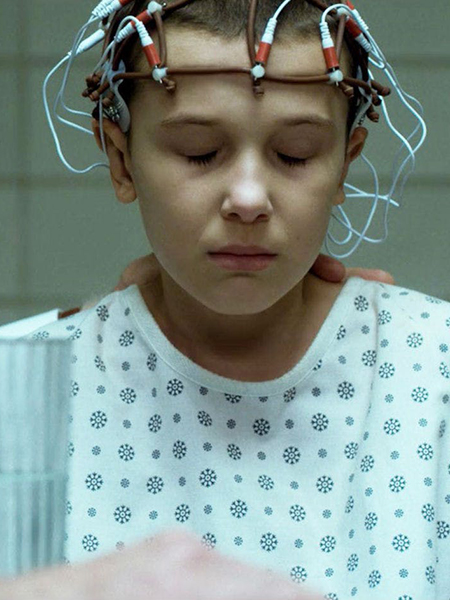 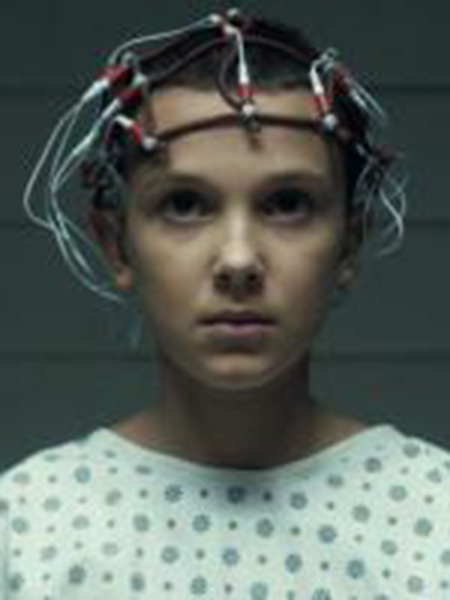 Eleven with his electrodes

For this NYCC 2017 exclusive release, Eleven is shown with the electrode helmet that records her brain activity as she attempts to use her uncommon abilities. Like another of the character’s previously existing figures, she is shown wearing her white, gray-patterned hospital gown. On her left arm, we can see her tattoo representing the number eleven. On her head, she is wearing this famous helmet with electrodes and her hair is cut very short, almost shaved. Finally, we can see that she is bleeding from her nose, proof that she uses her mental capacities in an intense way. 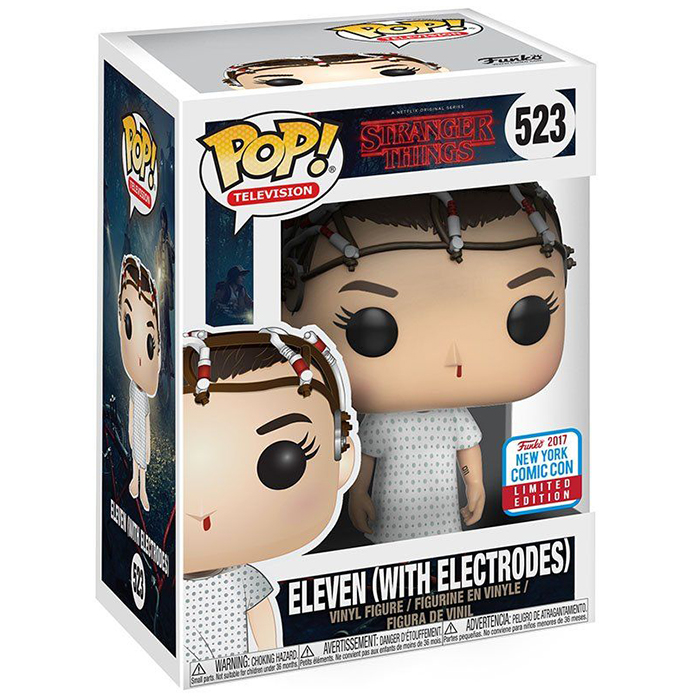