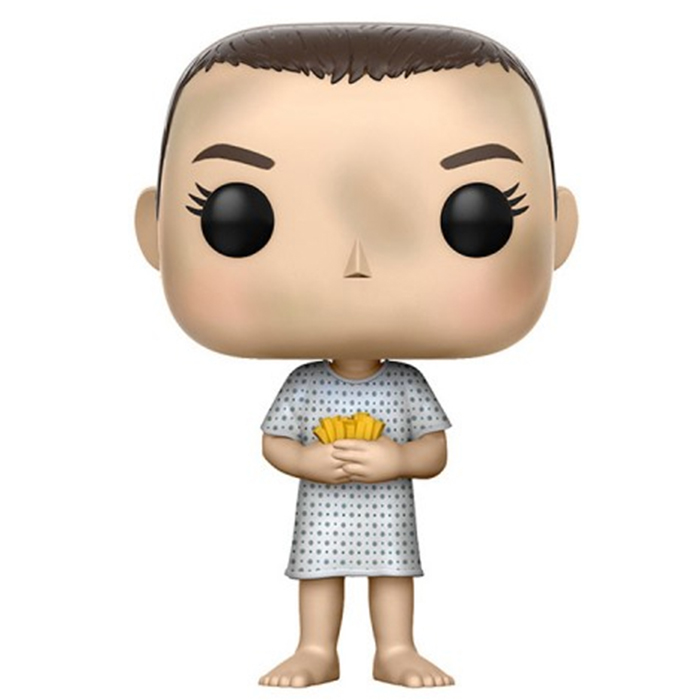 Eleven is one of the main characters in the Stranger Things series. This fantasy series takes place in a small American town in the early 1980s, all in a very Stephen King-like atmosphere. At the beginning of the story, a scientist is attacked by a strange creature in his laboratory. Later, young Will comes across this creature as he walks past the lab in question, it chases him home and abducts him. The local police, his family and his friends soon decide to investigate. Shortly after Will’s disappearance, a young girl escapes from the lab in question, she has a shaved head, wears a hospital gown and can’t seem to speak. She walks into the first diner she comes across and tries to steal fries from the kitchen. At first, the boss tries to stop her from running away. But when he sees her condition, he takes pity on her and gives her a full meal before calling social services to look after her. Unfortunately, the people who come don’t have very good intentions and Eleven has to run away again. That’s when she crosses paths with Will’s gang of friends who decide to help her hide from the men chasing her. 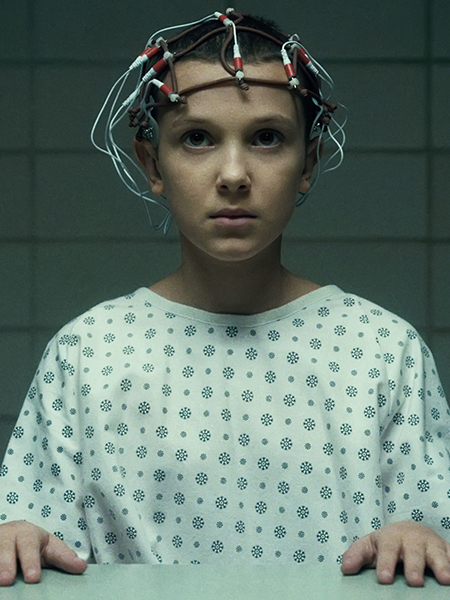 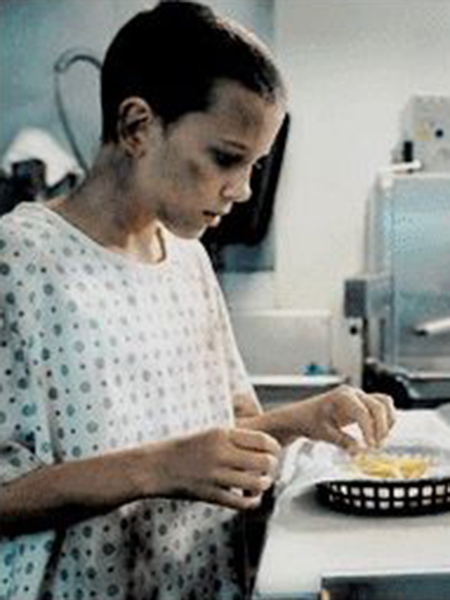 Eleven is shown here wearing the hospital gown she wears when she escapes from the mysterious laboratory. It is a classic hospital gown as seen in many American films, white with black dots. Apart from that, she is barefoot and her face is dirty from running in the forest for several hours. Of course, her hair is cut low on her head and she is holding the cone of fries that she tries to steal and that the owner of the diner finally decides to give her. 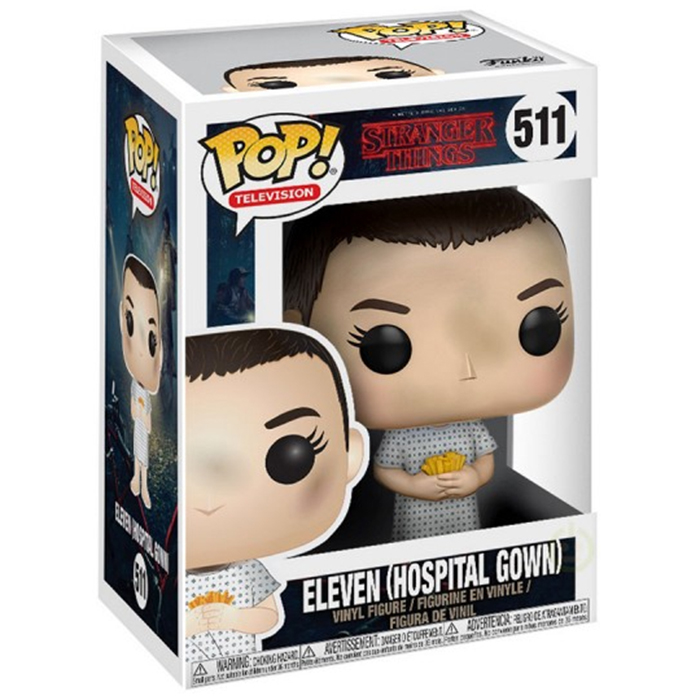