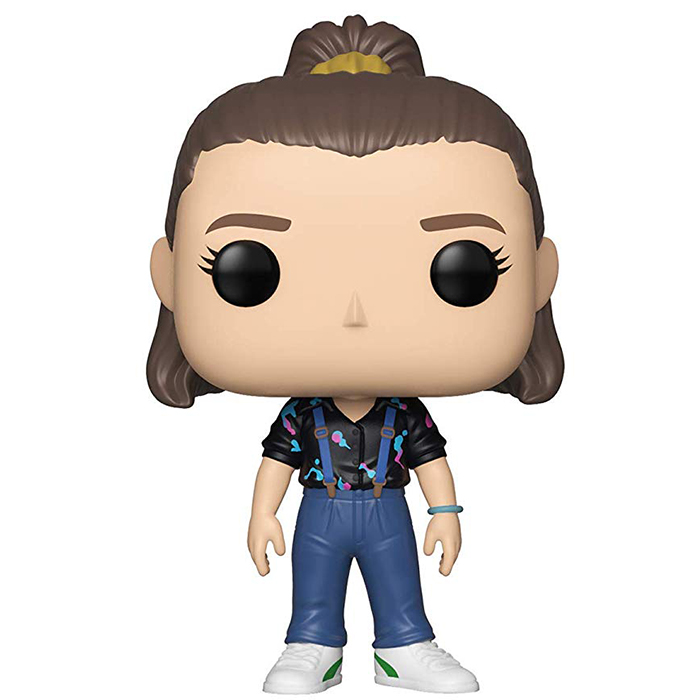 Eleven is one of the central characters in the famous fantasy series Stranger Things set in the 1980s in a small town in the United States. Eleven grew up in a secret laboratory where less-than-virtuous scientists trained her from a young age to develop psychic powers. Eleven can enter people’s minds so that she can see where they are at all times and also has strong telekinetic powers. It is because of these powers that she unintentionally opened the passageway to the parallel dimension of the Upside Down and attracted the attention of the monster that rules there. In season three, Eleven has officially been adopted by Hopper and is beginning to live an almost normal teenage life. She shares her first summer as a free person with her friends, especially her boyfriend Mike. She’ll also get close to Max, the other girl in the group who will take her shopping and have fun and broaden her horizons a bit. But of course the Upside Down monster is never far away and strange events will follow one after another and draw her attention. 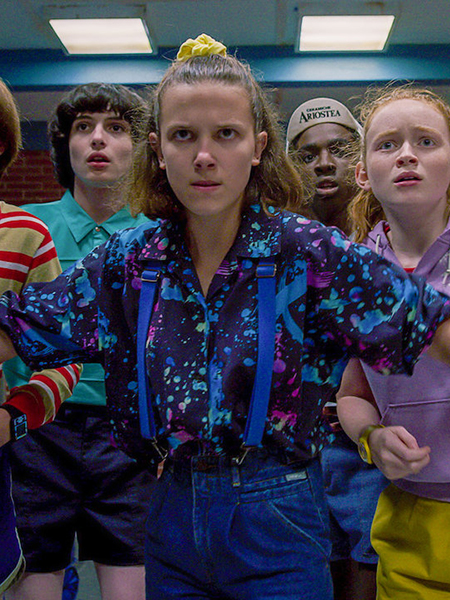 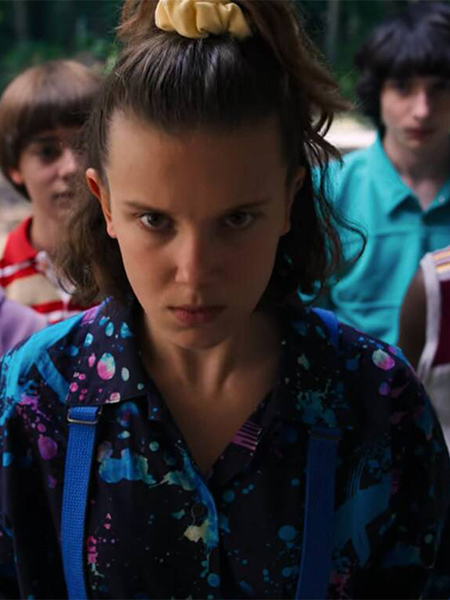 A new look for Eleven

Eleven is shown here with one of the many outfits she tries on when she goes shopping with Max and decides to adopt. She is wearing blue high-waisted jeans with straps and a black short-sleeved blouse with a flashy geometric pattern typical of the 80s. With this, she wears small white sneakers and of course the bracelet given by Hopper. Finally, at the head level, her half-long brown hair is brought back in a half ponytail on the top of the head and tied with a yellow scrunchie. 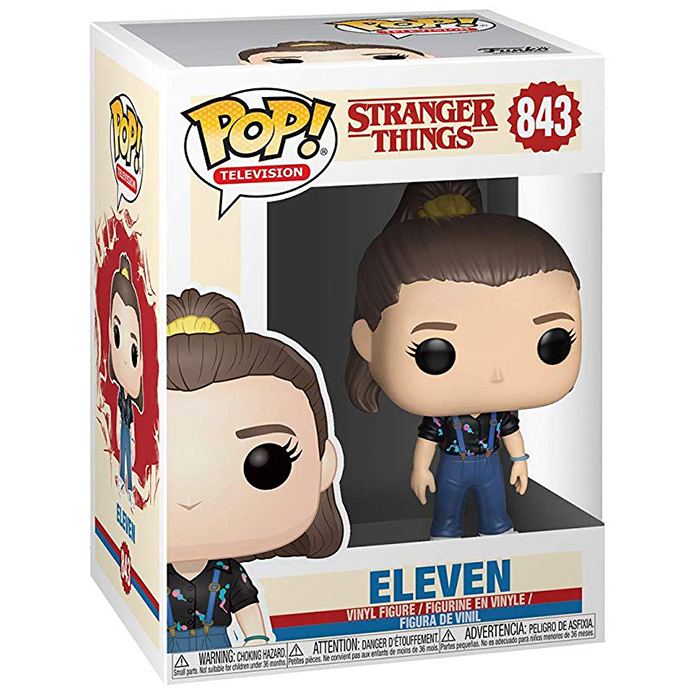