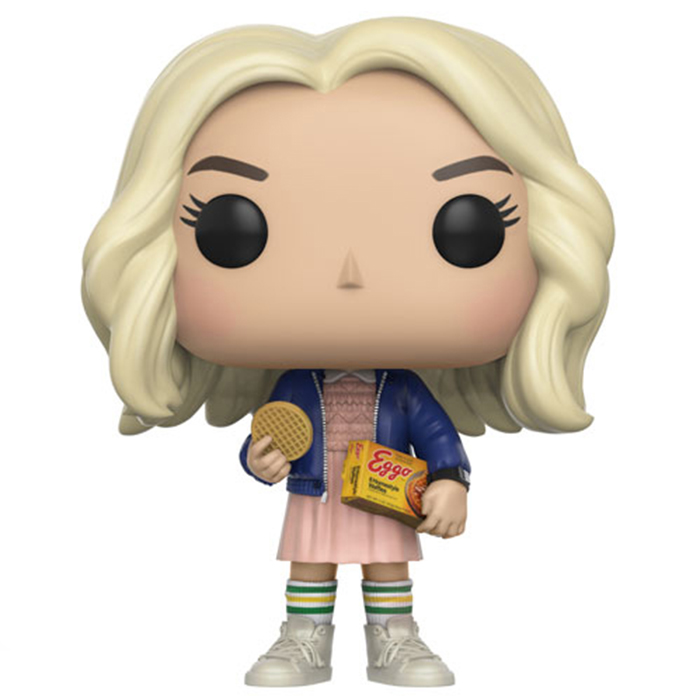 Eleven is one of the most important characters in the series Stranger Things. In this Netflix series set in the early 1980s in a small American town, Will, a young teenager, is abducted near his home and the forest under mysterious circumstances. The local police and his mother begin the search but his band of friends decide to conduct their own investigation. As they retrace his steps through the forest, they come across Eleven, a strange young girl in a hospital gown with a shaved head. She speaks little and seems terrified and they decide to take her to hide her in the basement of one of them: Mike. Very quickly however, they realize that Eleven has supernatural powers and that she seems to have information on the place where Will would have been taken. 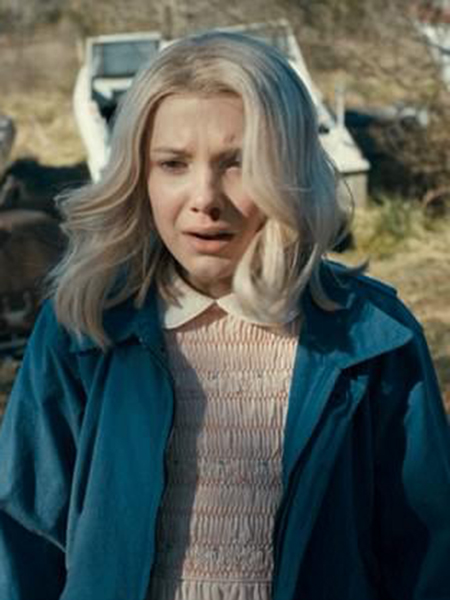 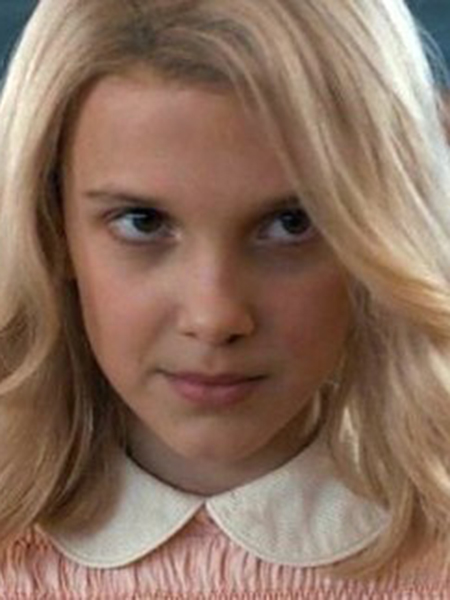 When the boys realize that Eleven can communicate on very special frequencies on their walkie-talkies, they decide to take her to their school to test this on their much more powerful cibi. But Eleven doesn’t really go unnoticed, so they try to disguise her with some of Mike’s sister’s old clothes and accessories they find in her things. She wears a pink dress with a small white collar very typical of the time and a blue jacket. With that she wears white sneakers and high white striped socks. In her hand she holds a cardboard box of eggos and in the other an eggo waffle. Finally, what differentiates this chase figure from the classic figure is that Eleven is shown here with the blonde wig she wears to better pass unnoticed at the boys’ school. 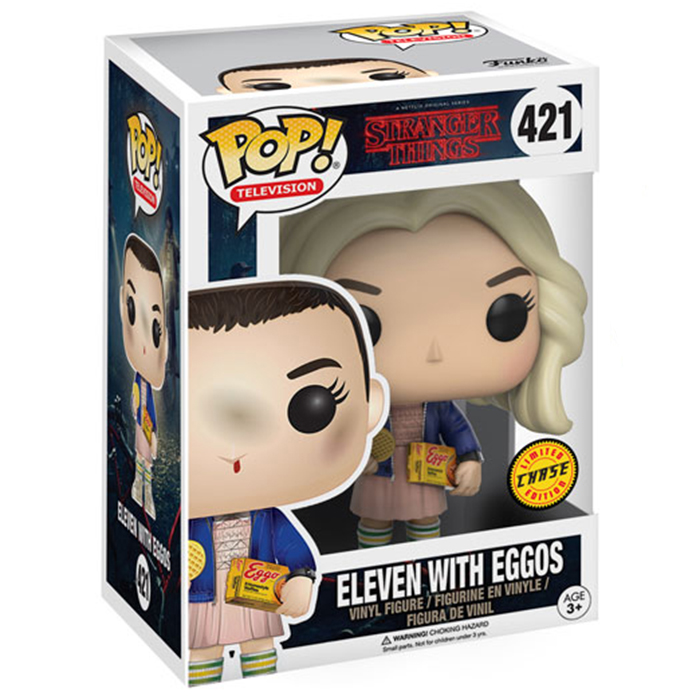